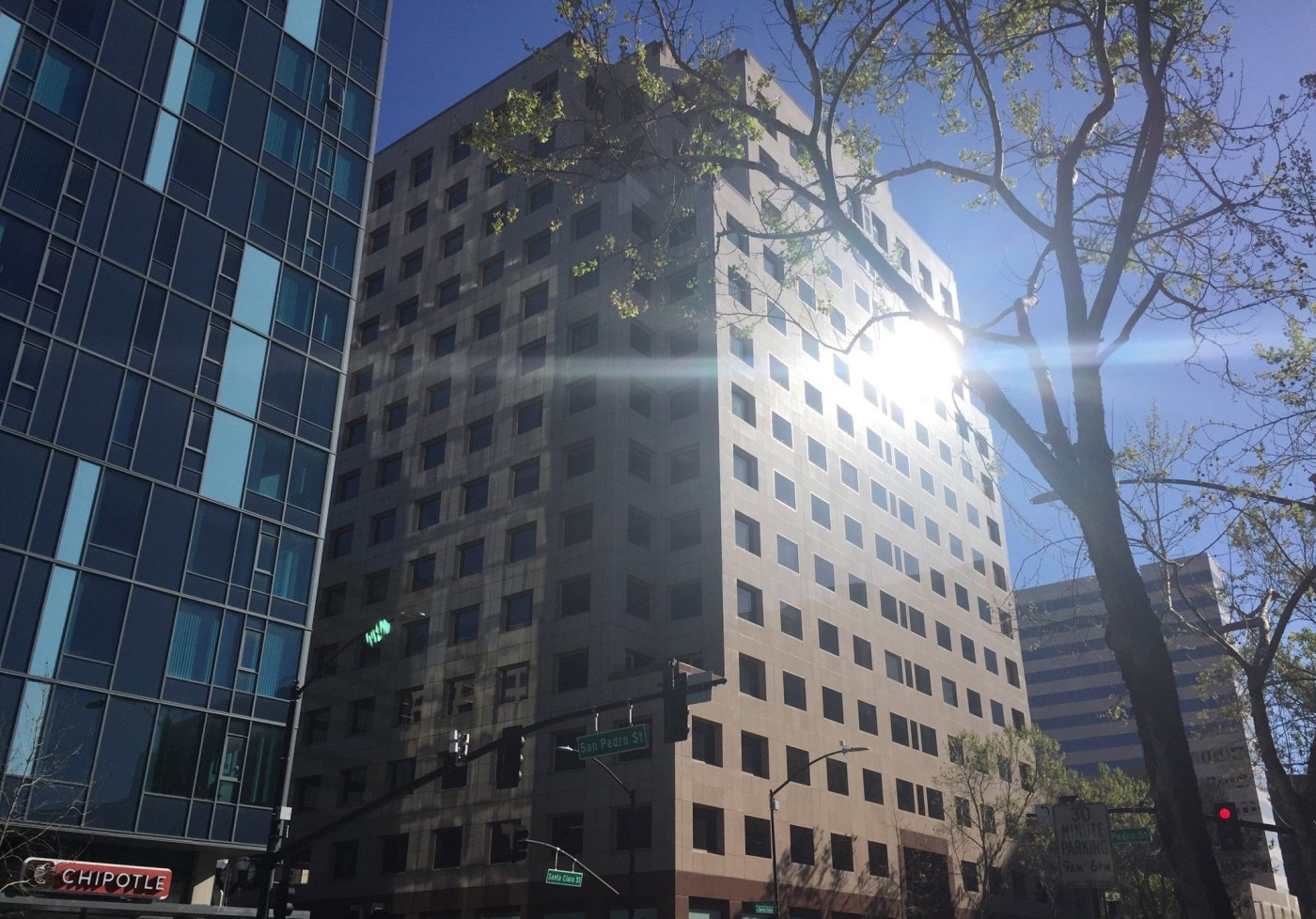 SAN JOSE — A prominent downtown San Jose office tower has been bought in a deal that shows investors continue to hunger for choice properties in the central business district of the Bay Area’s largest city.

The office highrise, perched on a prominent corner across the street from San Pedro Square, has been purchased at a price that produced a big profit for the sellers, just two years after they had bought it, according to Santa Clara County public documents.

The tower, located at 160 W. Santa Clara St. at the corner of South San Pedro Street, was bought for $131.8 million, according to Santa Clara County property documents that were on file as of June 29.

“Downtown San Jose is still appealing even with all of the economic uncertainty right now with the coronavirus,” Fox said.

The 15-story office highrise totals 229,000 square feet, according to a post on the website for the sellers, Beacon Capital Partners.

The buyer was a group led by a private real estate investor from the Bay Area, according to sources with direct knowledge of the property deal.

The latest deal arrives two years and two months after a 2018 transaction through which Beacon Capital Partners paid $101.5 million for the office tower. In 2014, the tower was bought for $81 million.

“Downtown San Jose has a lot of compelling attributes,” Fox said. “This is still the capital of the innovation center of the world.”

A handful of multi-strategy hedge funds posted huge gains in the first half this year, bucking the industry's trend of underperformance