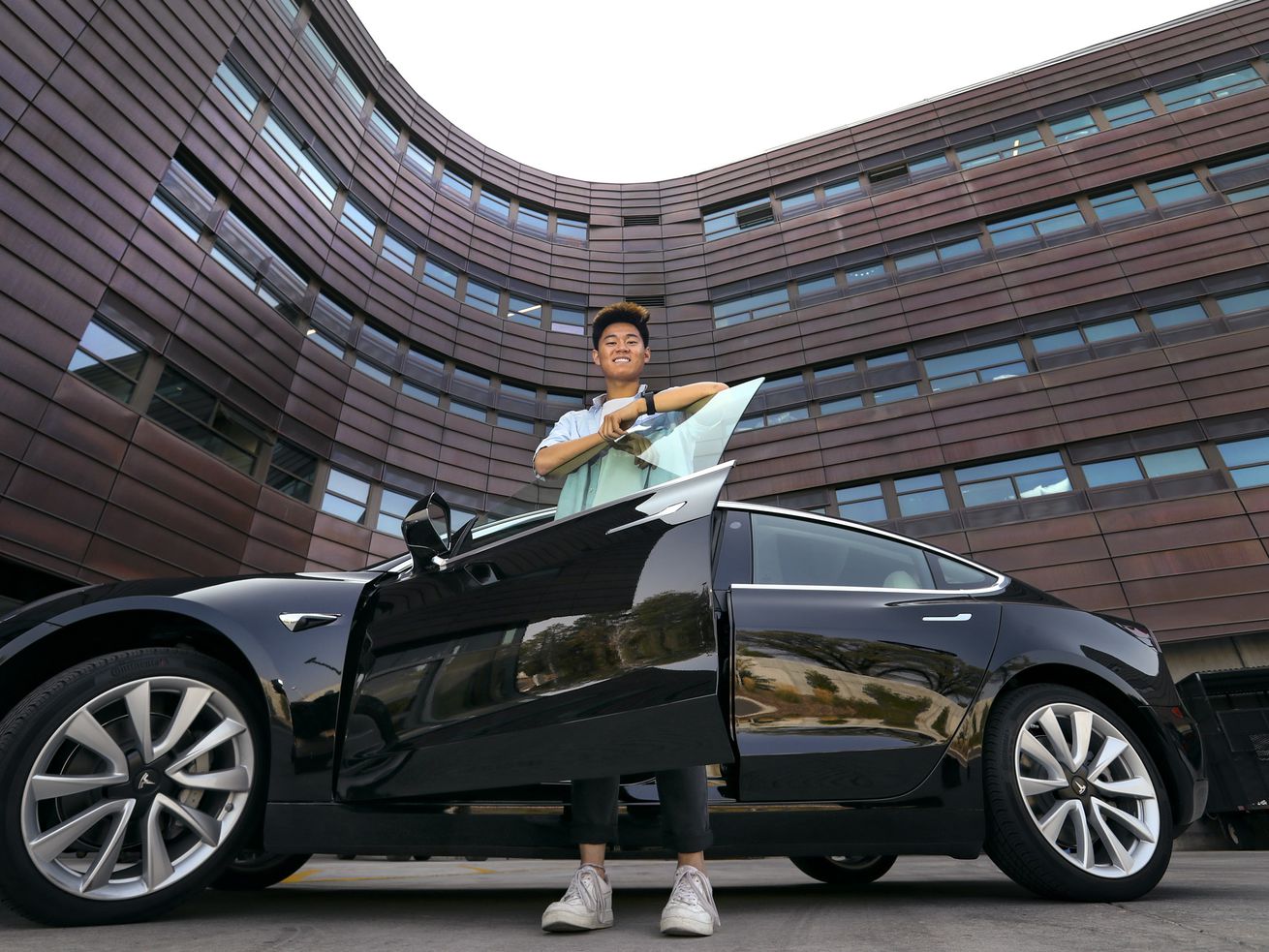 University of Utah freshman and game developer Andrew Wang poses for a photo with his Tesla Model 3 outside the Lassonde Entrepreneur Institute Studio building on the University of Utah campus in Salt Lake City on Tuesday, Oct. 6, 2020. | Steve Griffin, Deseret News

SALT LAKE CITY — The fresh-faced photos are as much a part of the legends as the names of the companies they started.

Mark Zuckerberg sporting a Harvard hoodie in his dorm room. Steve Jobs and Steve Wozniak with their first computer prototype, housed in a wooden box. Bill Gates grinning next to a computer terminal at Seattle’s exclusive Lakeside School.

But it turns out the story arc of these youngster founders — all 20-somethings who would go on to earn icon status as they built their now-marquee brands of Facebook, Apple and Microsoft — have been far more the exception than the rule.

The Harvard Business Review splashed ice-cold water on the myth of young business prodigies in 2018 with a report that combed through troves of data to determine the average age of startup entrepreneurs for the highest performing U.S. businesses across all sectors was 45. And, even narrowing the focus to the favorite stomping ground of wunderkinds — computer software — the average founder still clocked in at a ripe old 40.

This 2-year-old data set, however, may be set to gather dust if a new group of freshman at the University of Utah’s Lassonde Entrepreneur Institute have their say.

The 30-odd students, many of whom are beginning their college careers having already started one or more businesses, are part of a cohort called Lassonde Founders that made its debut in the startup-focused education hub of the David Eccles School of Business in the fall 2020 term.

Lassonde Executive Director Troy D’Ambrosio said the idea was seeded by observations of a fast-evolving world of viable startups that, instead of being launched by wiley veterans with MBAs and network connections, were coming from teenagers with great ideas and fearless convictions.

“A few years back, Zions Bank helped us launch a high school segment for our long-running Utah entrepreneur challenge,” D’Ambrosio said. “What we’ve been seeing is just an astounding level of quality ideas coming from high school founders.”

That revelation melded with an idea already brewing that the sooner Lassonde students could get started on growing out fully conceived business ideas while in school, the more they could learn in the process.

“It’s a common cycle that students in the program maybe don’t get going on a startup concept until they’re juniors or seniors,” D’Ambrosio said. “When you start with a freshman that has a fully baked business concept, there are years of opportunities while in school for really positive collaborations and iterating concepts.”

But why is it that, all of a sudden, there are enough young founders around to not only easily fill a freshman cohort, but one in which applicants were competing …read more