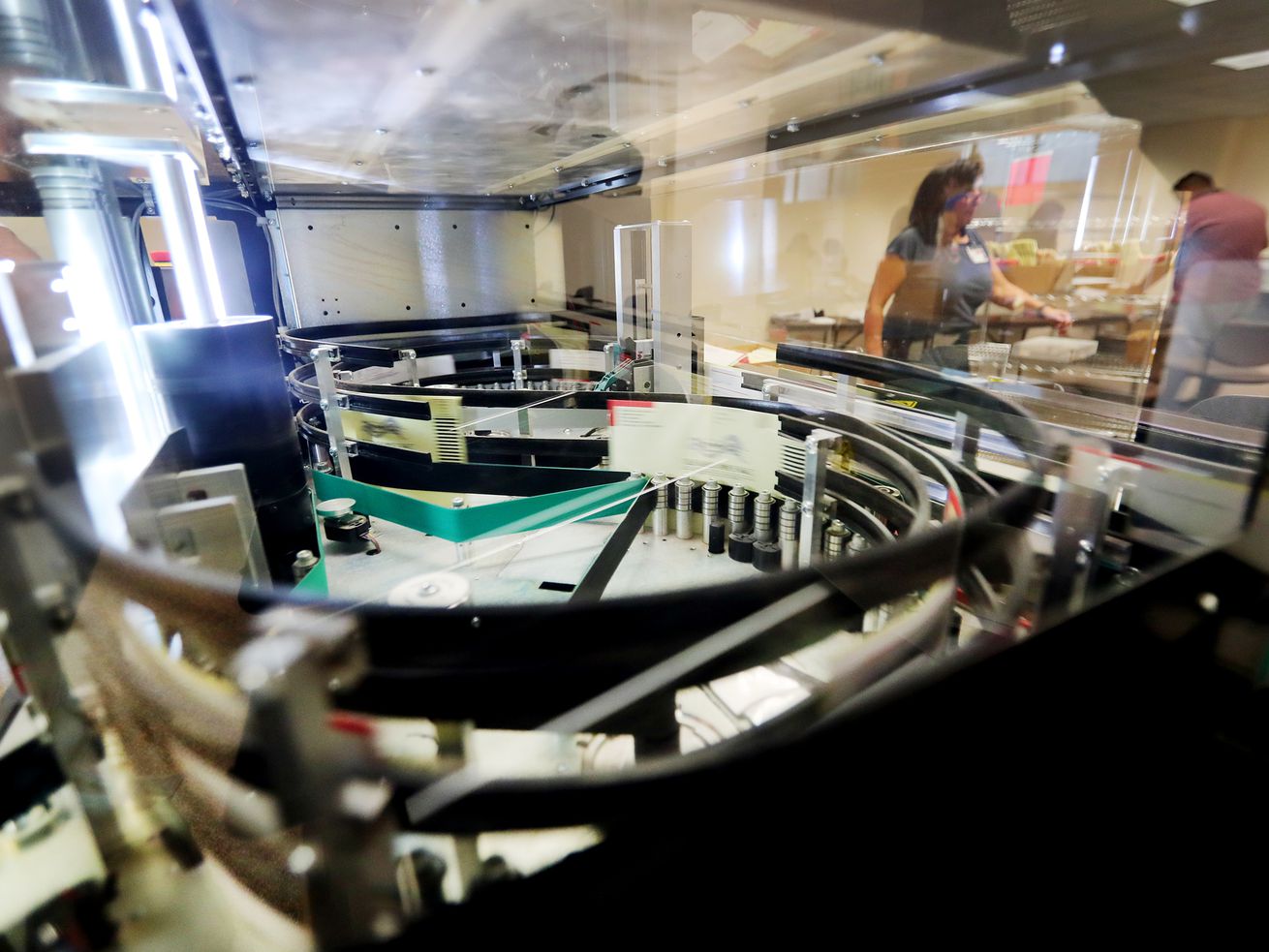 SALT LAKE CITY — Even as the tumult surrounding 2020 election processes and results continues, Utah lawmakers are looking ahead to potential new ways to help residents easily and securely engage their civic voting duties.

An interim legislative committee this week advanced a proposal from Rep. Mike Winder aiming to expand opportunities for Utah cities interested in testing new, internet-based systems that allow voters to cast their ballots via smartphone.

Utah County Clerk Amelia Powers Gardner told members of the Government Operations Interim Committee that her county has been piloting just such a system, making it available to overseas voters, for the last two years with positive results.

“This bill would be a pilot project to allow a municipality or a city to opt in to allowing a broader base of their voters to utilize a mobile phone or an electronic means of casting their ballots,” Powers Gardner said. “Utah County has currently been utilizing this system for the past five elections … and in this most recent election we had over 1,000 people utilize a system like this.”

Winder, R-West Valley City, said Utah has a proven track record in leading out on finding alternatives to the in-person voting procedures that have been the norm for U.S. elections for hundreds of years.

“I love the idea that Utah is at the forefront of the nation when it comes to making voting easier for people, making it accessible and embracing the 21st century,” Winder said. “I love that we were one of the first to embrace vote by mail.

Inside the ill-fated relationship between Vista Equity Partners' Robert Smith and Nate Paul, the Austin investor embroiled in a political scandal

“Here’s an opportunity for another pilot … and this has worked so well with our military and overseas voters. To expand this as a pilot program available to Utah municipalities seems like a logical next step.”

Utah County has used an internet-based system by a company called Voatz that utilizes distributed ledger, or blockchain technology (similar to the digital systems on which cryptocurrencies are based) to coordinate remote voting wherein a voter uses a smartphone to make their election choices but the votes show up on a paper ballot that gets processed and tabulated just like in-person or mail-in voting, according to Powers Gardner.

Voatz
The Voatz remote voting system uses blockchain technology, similar to systems on which cryptocurrencies are based, to manage and secure votes cast via smartphones.

Committee member Rep. Suzanne Harrison, D-Draper, said she was concerned about public reports from cybersecurity experts critical of internet-based voting systems and, in particular, the Voatz system that’s been in use by Utah County.

“There have been a host of articles highlighting the concerns with electronic voting and even specific critiques of the Voatz app that Utah County has been using,” Harrison said. “MIT came out with a research paper … also Homeland Security itself had concerns. There’s too many cyber-technology experts that say it’s impossible to …read more