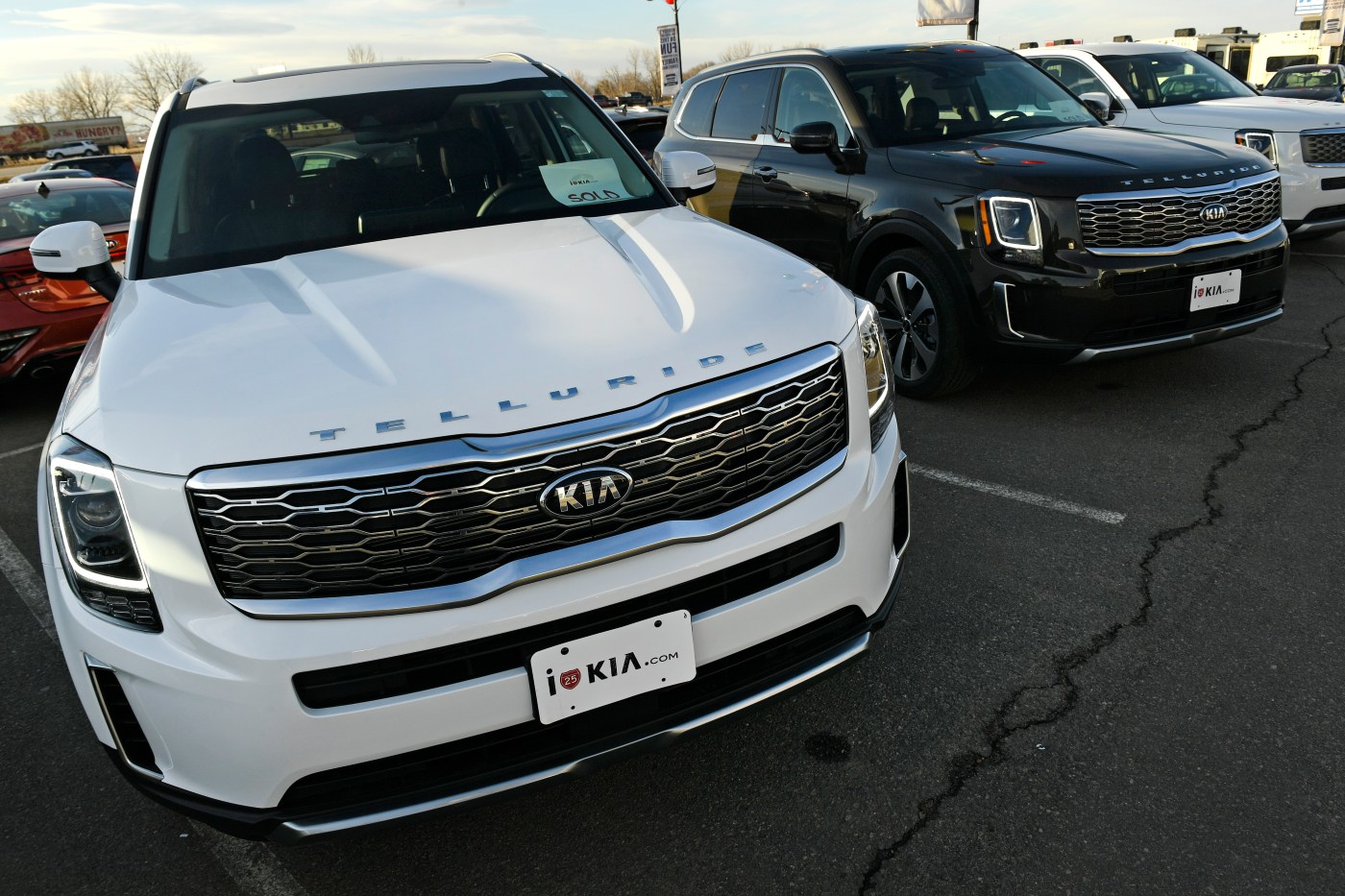 Colorado consumers, especially in metro Denver and on the Western Slope, are shifting back into buying mode again when it comes to new vehicles.

New vehicle registrations in the state rose at a 3.2% pace year-over-year in the first quarter after the pandemic sent them spiraling down 12.5% last year, according to an update from the Colorado Automobile Dealers Association or CADA.

New vehicle registrations were up 13.2% on the Western Slope, up 5% in metro Denver, flat in southern Colorado and down 8.3% in northern Colorado in the first quarter compared to a year earlier. Among individual counties, Routt recorded the strongest rebound in sales at 49.8%, followed by Grand at 46.9%, Pitkin at 42.4%, Summit at 39.3%, and Eagle at 26.3%.

Weld, Pueblo, Mesa, Denver and Jefferson counties all reported a decline in new auto registrations in the first quarter compared to last year, according to the report.

Used vehicle registrations, which held up better than new last year as consumers sought more affordable options, fell 2.8% in the first quarter compared to the first quarter of 2020, although CADA is expecting they will strengthen as demand accelerates and buyers cope with leaner new vehicle inventories.

CADA is forecasting a 7.7% gain this year for new vehicle registrations in Colorado, but achieving that could depend on whether manufacturers can meet demand.

“Assumptions for this prediction are based on the vaccine rollout throughout the year; the abatement of COVID and a full economic re-opening, which would add steam to the recovery and lead to higher vehicle sales. However, certain bumps in the road, including a microchip shortage and other supply-related bottlenecks in the manufacturing process, could slow this recovery pace,” the report said.

A separate study from iSeeCars estimates that the average new car took just over 50 days to sell in March in metro Denver, while the average used car took 39 days. Several models, however, moved much faster.

Kia Telluride, gone in an average of 4.9 days, was the fastest mover on the new vehicle side in metro Denver. Toyota had the next three most popular models — Tacoma at 10.2 days, 4Runner at 14 days and Camry at 16.7 days. Jeep Wranglers took an average of 16.8 days to move off the lot.

On the used vehicle side, …read more