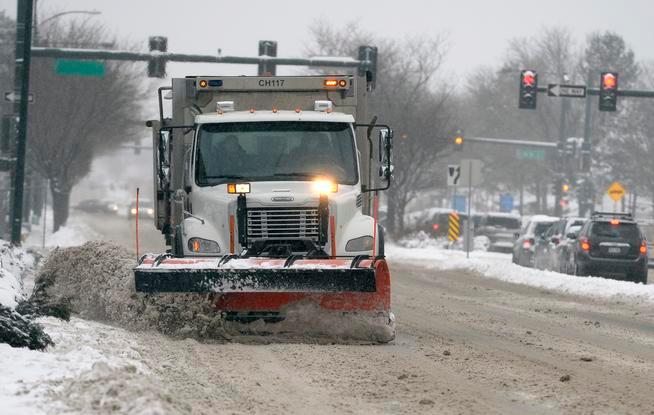 The same driver shortage that has bedeviled trucking companies resulted in scarce parking available at Denver International Airport over the busy weekend. And extensive vacancies on state road crews heading into Colorado’s snowy season mean it could take longer to plow after storms.

DIA’s shuttle operator and the Colorado Department of Transportation together are looking to hire more than 200 drivers for jobs that play roles in keeping the state’s transportation system functioning. But amid labor shortages across the economy, they’re having trouble finding enough people with commercial driver’s licenses.

On Saturday, the parking situation reached a crisis point for the first time, with all of DIA’s garages and lots at or nearing capacity while off-site private lots also were nearly full. DIA cited heavy travel attributed to Columbus Day, and by Tuesday the lots all had more availability.

CDOT predicted Tuesday that it would be able to manage its larger-than-usual number of driver vacancies with some adjustments. Its large maintenance and operations department, which has nearly 1,400 employees, will make more use of overtime and tap other employees with proper licenses as backup, spokesman Matt Inzeo said.

But with tighter staffing, CDOT’s regions will follow priorities that mean interstates get attention first after large storms, said John Lorme, the director of maintenance and operations. Some streets, on- and off-ramps, and bridges may see delays in snow-clearing, including in metro Denver.

With supply-chain problems frightful, holiday shoppers are expected to get early start

“We do not ignore anything, I’ll tell you that,” Lorme said. “But we do prioritize. … We will hit them all.”

About half of the 1,400 workers are maintenance specialists, whose major tasks include driving snowplows day and night after storms. As of last week, CDOT was short 191 of those workers, or about 21% of budgeted positions, though several job fairs in recent weeks had reduced the shortage.

CDOT had 77 vacancies at this point a year ago, a number that Lorme says is a more typical level given retirements, promotions and turnover.

CDOT’s starting salary for highway maintenance specialists based at outposts across the state is $40,164, or just over $19 an hour, plus benefits. Those employees receive a 10% raise after the first year, and drivers in communities with higher housing costs qualify for a housing stipend — $500 or so a month in much of metro Denver and up to $800 a month in some mountain communities along Interstate 70.

Eastbound lanes of I-70 reopen in Silverthorne after traffic crash