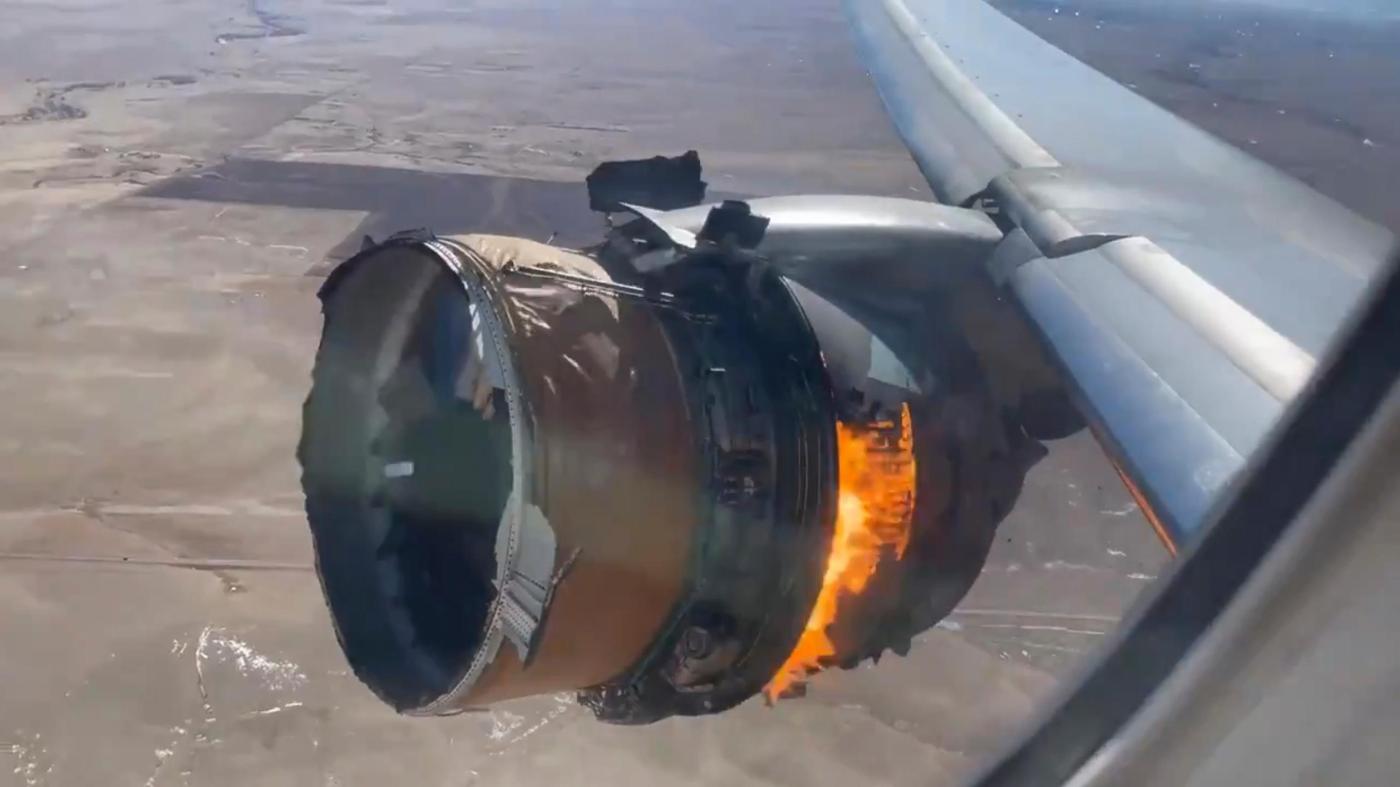 The Federal Aviation Administration on Tuesday ordered airlines in the United States to ground planes with the type of engine that blew apart after takeoff from Denver this past weekend until they can be inspected for stress cracks.

The FAA’s order applies to U.S. operators of airplanes equipped with certain Pratt & Whitney PW4000 engines, which are used solely on Boeing 777s. Before the planes can fly again, operators must conduct a thermal acoustic image inspection of the large titanium fan blades at the front of each engine.

The technology can detect cracks on the interior surfaces of the hollow blades that can’t be seen by the naked eye, according to the order.

The FAA directive is a blow to United Airlines, which had 24 of the planes in service and is the only U.S. airline with the engine in its fleet.

“On Sunday, we voluntarily removed 24 Boeing 777 aircraft powered by Pratt & Whitney 4000 series engines from our schedule,” said United spokesman David Gonzalez. “We’ve been working with the NTSB on their investigation and will comply with the FAA’s Emergency Airworthiness Directive to ensure all 52 of the impacted aircraft in our fleet meet our rigorous safety standards.”

A United flight from Denver to Honolulu made an emergency landing shortly after takeoff Saturday as pieces of the engine’s casing rained on suburban neighborhoods. None of the 231 passengers or 10 crew were hurt, and the flight landed safely.

Robert Sumwalt, chairman of the National Transportation Safety Board, said during a virtual news conference Monday night that a fractured fan blade found in the engine had visible signs of “damage consistent with metal fatigue.” The broken blade hit and fractured the blade next to it as the engine broke apart, according to a preliminary investigation.

Innovation Strategies at Small and Midsize FIs: How US Banks with Assets Below $100 Billion Are Punching Outside Their Weight Class on Digital User Experience

Sumwalt said the blade that fractured first was flown on a private jet to Pratt & Whitney’s headquarters Monday night to be examined under the supervision of NTSB investigators.

“Our mission is to understand not only what happened, but why it happened, so that we can keep it from happening again,” he said.

The FAA directive said the agency would review the results of the inspections “on a rolling basis.”

EXPLAINER: Why a United Airlines plane’s engine exploded over Denver

Opinion: Plane parts are falling from the sky — is Boeing to blame?

PHOTOS: Debris from a United Airlines Boeing 777 rains down in Broomfield

“Based on the initial results as we receive them, as …read more