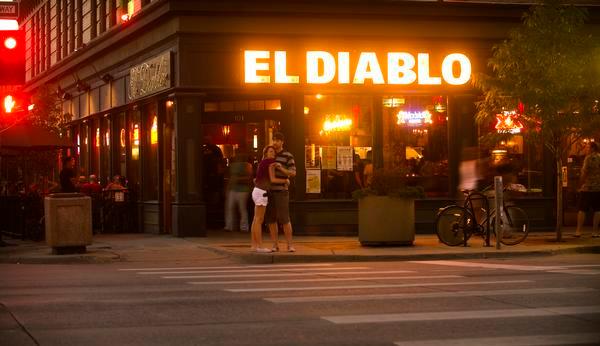 A former district director of the Colorado office of the Small Business Administration tried to use his work connections to help a friend with a loan that was guaranteed by the federal agency, said a complaint filed by the U.S. Attorney’s office Friday.

Gregorio Lopez, who was district director of the SBA from 2008 to 2014, is accused of violating conflict of interest restrictions on former federal employees, according to the complaint filed by Jason Dunn, U.S. Attorney for Colorado. Lopez, who lives in Elizabeth, could face up to about $157,000 in penalties.

While he was district director, Lopez participated in matters concerning a $1.7 million loan to Morreale Hotels LLC to renovate a building at 101 Broadway in Denver, the complaint said. The loan through a regional economic development agency was guaranteed by the SBA.

In 2012, the project by Samuel Jesse Morreale suffered setbacks, including having the building that housed the El Diablo and Sketch Food & Wine restaurants on Broadway declared unsafe. He filed for bankruptcy protection, according to officials.

Morreale contacted Lopez for help resolving his debt and Lopez “involved himself personally and substantially in several ways,” including talking to other lenders involved and testifying at Morreale’s bankruptcy proceedings, according to the U.S. attorney’s office.

The complaint said that after he left the SBA, Lopez talked to agency officials on Morreale’s behalf. He contacted SBA officials to seek help getting the agency’s approval of Morreale’s plan to sell the promissory notes secured by the deeds of trust on the Broadway property, according to the U.S Attorneys office.

The SBA didn’t approve the sale. The property was auctioned in December 2015 as part of the bankruptcy proceedings.