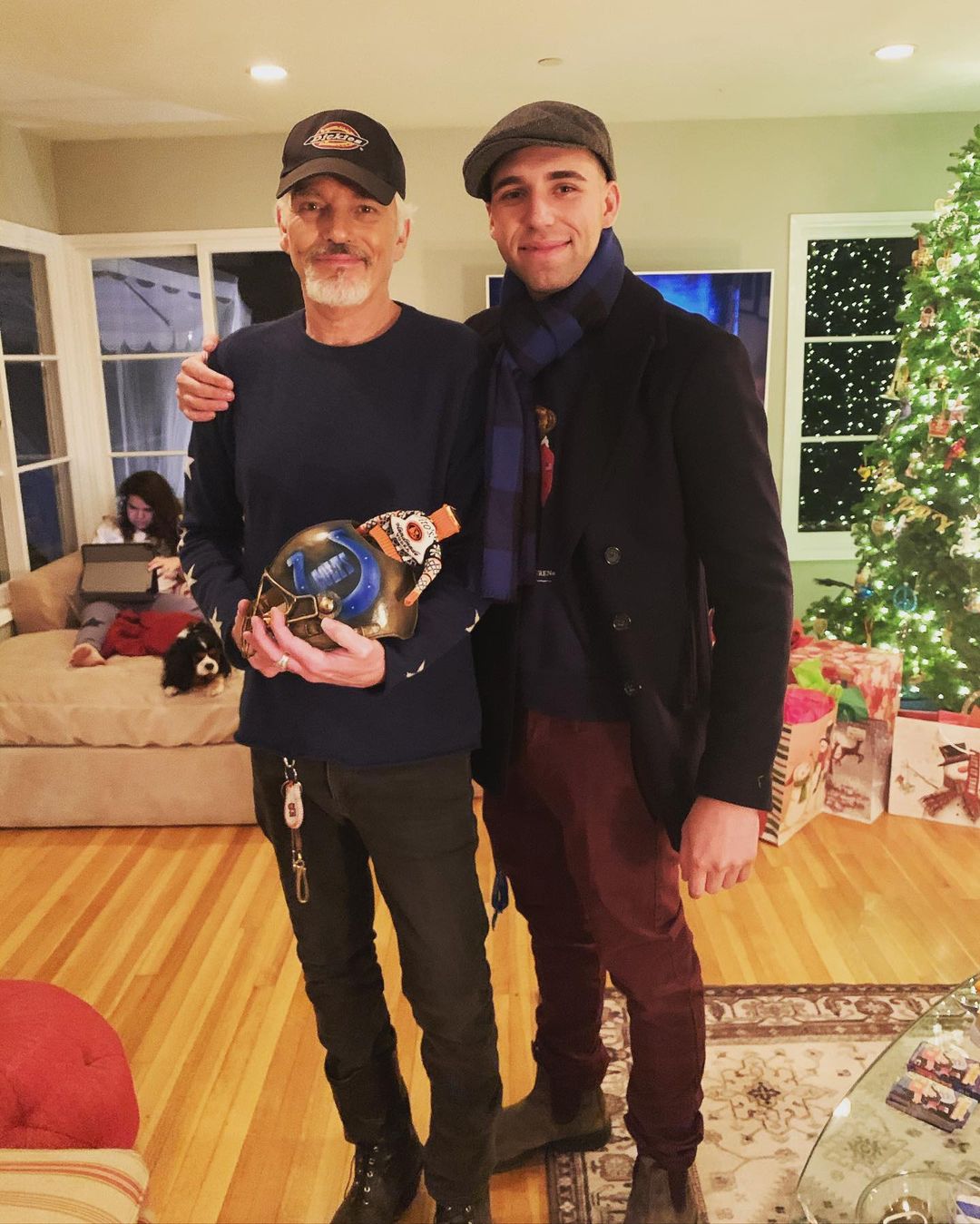 Angelina Jolie and Billy Bob Thornton eloped in 2000. They’d been seeing each other for months beforehand, but their elopement was still seen as sudden. Angelina moved in with BBT and, at the time, he had joint custody of his two young sons, Harry James and William. Those two boys lived with their dad and stepmom Angelina for several years. And now those boys are all grown up – Harry is 27 years old, and he’s currently doing some kind of reality series with other celebrity-kids. He was asked about his former step-mom Angelina and he still loves her:

Harry Thornton still has a connection with his father, Billy Bob Thornton’s, ex-wife, Angelina Jolie. The Relatively Famous: Ranch Rules star shares that although he doesn’t talk to his former stepmother daily, she still thinks about him.

“To this day, she still sends me Christmas gifts every year and stuff like that,” Harry, 27, tells ET. “I don’t talk to her on the phone every day but every now and then we talk.”

Angelina was married to Billy Bob from 2000 to 2003. At the time, the 66-year-old actor was already a father of three. Harry says that vacations with Angelina prepared him for his time on Relatively Famous. “She was so cool,” he says of the 46-year-old mother of four. “She took us camping every week and she rented, like, a RV one time, and we went on a full camping trip.”

Harry reminisces, “She was just so fun for us back when we were, like, younger. Like, she was a lot of fun.”

‘This Is Us’ Season 6 Episode 3 Recap, ‘Four Fathers’ Gives Fans a New ‘Slow Cooker’ to Panic About — What Happened to Kate and Toby?

Angelina was pretty young (25) when she became a step-mother to BBT’s boys, and she must have loved playing with them and creating adventures for them. I wonder if they came with her to the set of Lara Croft? Anyway, just a reminder that Angelina Jolie was always cool, and even kids knew it at the time. That’s very nice that she still sends Christmas presents to her former stepsons too! Jolie and Billy Bob remained very friendly too. Jolie stayed friendly with all of her exes except Brad Pitt.

Marvel Studios & Disney+ | SUPER BOWL 2021 | Promo
How A lot of Episodes Are in Year 1 and When Will They Premiere?
SHARES
ShareTweet