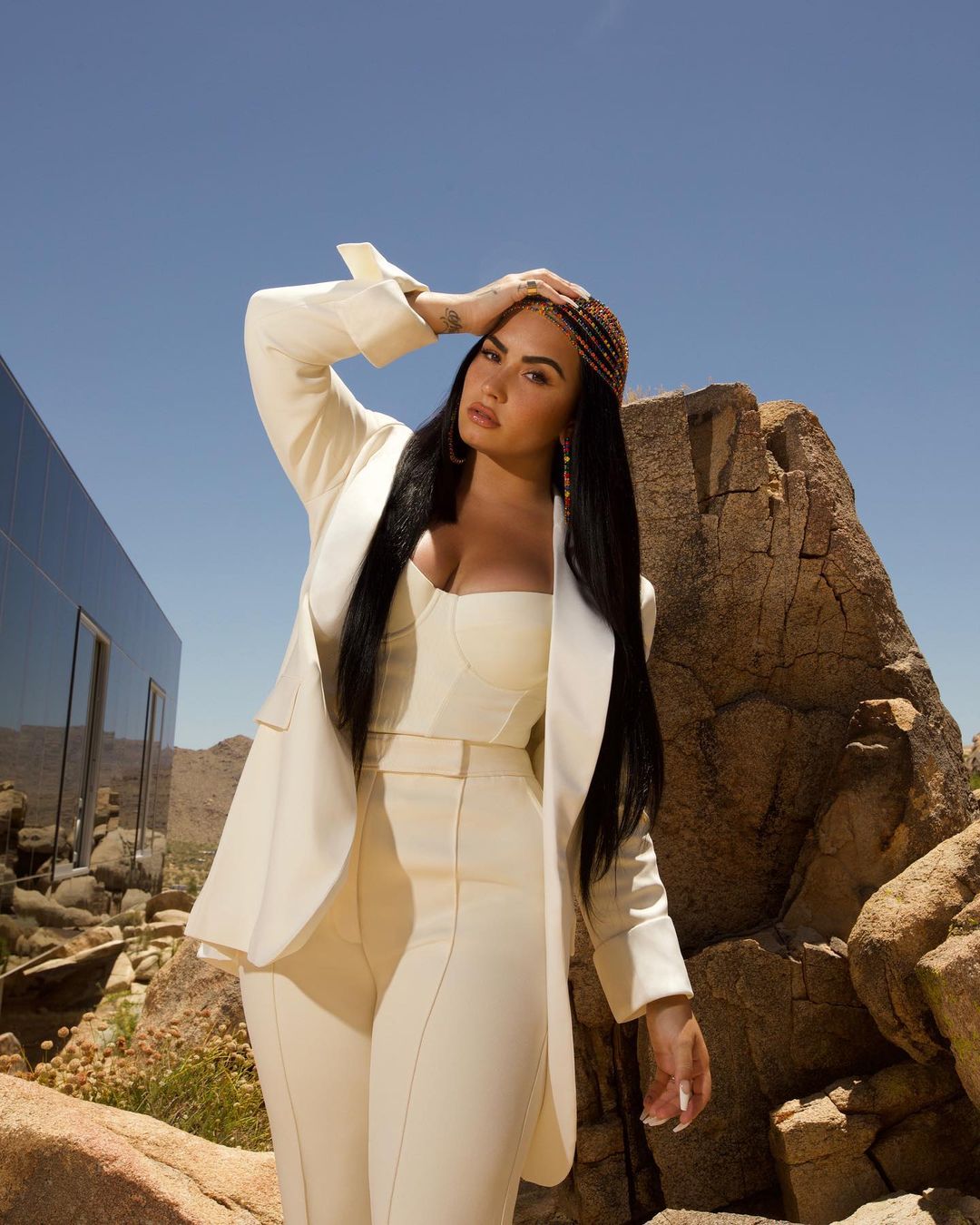 Last month, we talked about Demi Lovato’s docuseries, which deals a lot with her recovery and her therapy and treatment for alcohol and drug addiction. Demi deals with her situation with a lot of brutal honesty which is, at times, uncomfortable to hear. One issue in particular got a lot of headlines: the issue of Demi declaring herself “California sober.” Demi defines California sober as still drinking sometimes and still smoking weed. Other people say that California sober is actually “just weed” and no drinking, no pills, no hard drugs. Sobriety and rehab professionals are pretty mad about all of it. Still, Demi continues to talk about it, if only to say that she’s not going to keep detailing what she’s still doing.

Some were surprised when, in the documentary, Demi admitted that she wasn’t completely sober and was still enjoying alcohol and weed “in moderation” despite some of her inner circle disagreeing with the decision. During one episode, she revealed that, while she’s “done with the stuff that’s going to kill me,” total sobriety would be “setting myself up for failure.” She called the approach being “California sober” and penned a song about it on her latest album. However, the singer was quick to add that her decision shouldn’t be viewed as a “one-size-fits-all solution” for addiction recovery.

Despite her inner circle’s worries, though, Demi appeared in high spirits earlier this week as she celebrated 420, posing with a bong on her Instagram stories. And in a recent interview with Zach Sang, Demi went into more detail about her song “California Sober”, explaining that it was about “identifying what works best for you.”

Duggar Family Goes Silent in Wake of Josh's Arrest: "No Signs of Life" at the Compound, Witness Confirms

“‘California Sober’ is extremely important, because that song represents an alternate path to the recovery that I’ve been taught … the past 10 years of dealing with this stuff,” she said. “It’s not saying that this works for everybody, but it’s saying that that other solution isn’t a one-size-fits-all solution and there’s options….It’s just about identifying what works best for you and going forward with that.”

But while discussing the term itself, Demi said that she would “probably never” discuss the parameters of her recovery and would instead keep the details private.

“I didn’t make up this term, right? I just heard it, and was like, ‘Oh, that sounds [great] and applies to me,’” she said. “But I think that different people have different meanings for it. So, it might be moderation to some people, it might be only natural things to some people. For me, I’ve decided that I’m probably never going to discuss the parameters surrounding my recovery and what that looks like. Because when I do get into details with people, it just kind of opens myself up for more scrutiny than I need. The only criticism I need is from my treatment team, and if what we’re doing right now is working for me, then I’m gonna keep it between me and them.”

I go back …read more