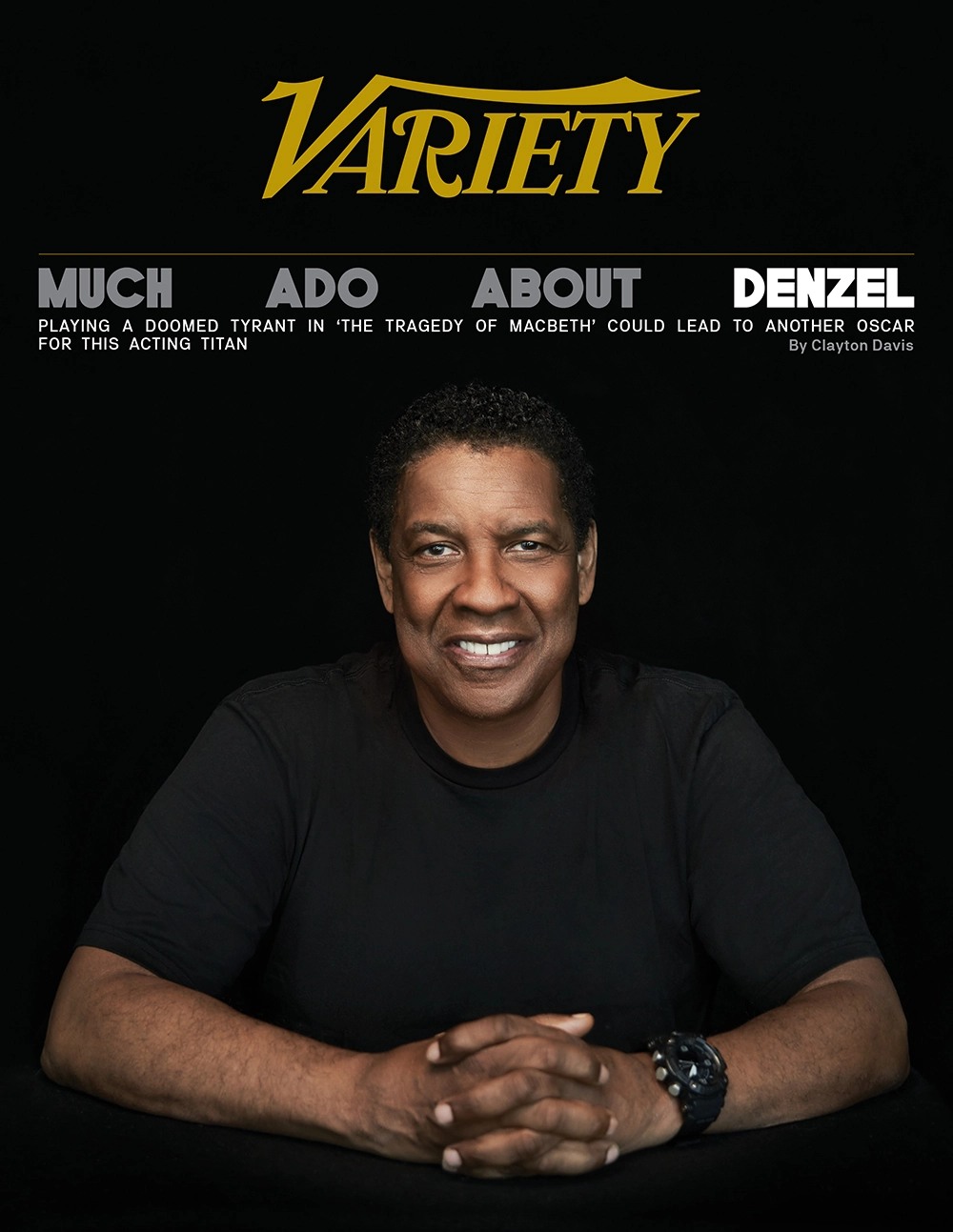 Denzel Washington covers the current issue of Variety to promote both The Tragedy of Macbeth and A Journal for Jordan, which he directed and produced. He was very chatty with Variety and the piece is absolutely worth a read for many reasons, especially the excellent quotes and stories about The Tragedy of Macbeth and Frances McDormand saying that she and Denzel are both “at the top of their game” and “Denzel is one of the best that has ever been.” I would never have put the two of them together, but God, it makes so much sense that they got along well. Unfortunately, this interview is getting a lot of attention because Denzel addresses the Ellen Pompeo story, where (in her version), she heroically bitched out Denzel as he was directing her in an episode of Grey’s Anatomy. Some highlights from the Variety piece:

The Ellen Pompeo stuff: But there’s one way in which Washington is definitely old school. You won’t find him on Twitter or Instagram — he prefers to keep the spotlight out of his private life and to stay off the gossip pages. That’s why it was so shocking when Washington’s name was splashed across the tabloids a few months ago. In 2015, he directed an episode of “Grey’s Anatomy,” the only time he’s stepped behind the camera for a TV show. As Ellen Pompeo recalled in a podcast in September, she clashed with Washington because he wouldn’t let her improvise in a scene. “Denzel went HAM on my ass,” Pompeo said, which led her to shoot back: “Listen, motherf–ker, this is my show!” When asked about the incident, Washington sidesteps the question. “No, no,” he says, claiming that he doesn’t recall that day. Then, with a slight grin, he adds, “But it’s all good.”

A story about winning his second Oscar: Washington recalls what it felt like to win his second Oscar, for “Training Day.” Shortly after accepting his trophy at the 2002 ceremony, he was approached by a high-profile Black actor who is younger than him. Washington doesn’t name the star, but the point of his story still sticks. According to Washington, the actor told him: “When you didn’t win for ‘Malcolm X’ and ‘The Hurricane,’ we saw those moments as if you can’t win, then what chance do we have?” Reflecting back, Washington says: “I never thought of it that way. I was only thinking of myself.”

Losing the Oscar for “Malcolm X” to Al Pacino for “Scent of a Woman.” But he understood it at the time. “It’s because Pacino should have won a bunch in the ’70s,” Washington says, referring to his performances in films such as “The Godfather” and “Dog Day Afternoon.” “That was his eighth nomination. How could Pacino get eight nominations and not win?” And rather surprisingly, the British voters across the pond have never nominated Washington for a BAFTA.

On Chadwick Boseman: “A man among men. He suffered quietly. He made the …read more