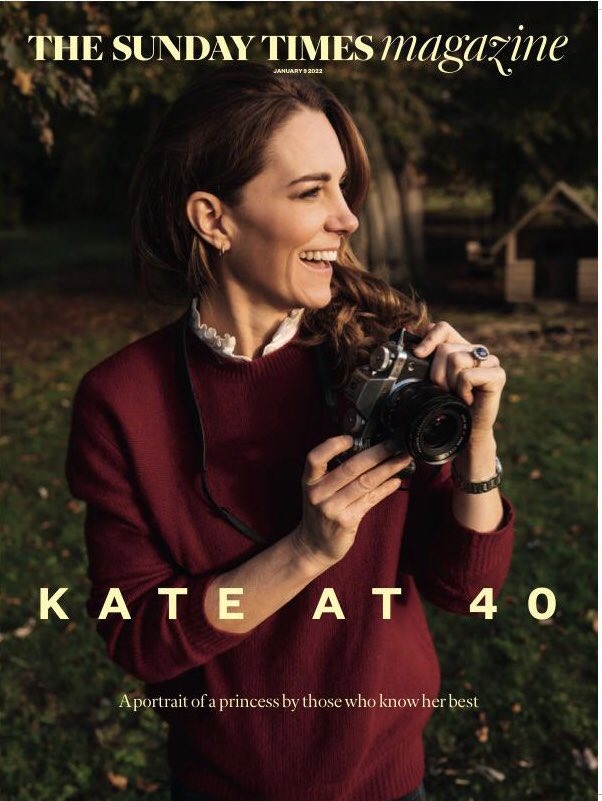 Of course we couldn’t get through Keen Birthday Buttons Week without a major story dropping ON the Duchess of Cambridge’s 40th birthday. Roya Nikkah at the Times authored this “Kate at 40” piece for the Times’ Sunday magazine. She had help, in the form of several named Kensington Palace employees who spoke to her on the record, and I would imagine that KP also provided a helpful outline and talking points. Again, this rarely happens in royal circles, where the royal’s employees are paid to be on-the-record named sources hyping their boss. Usually, royal employees are expected to be more discreet. But anything for The Birthday Embiggening. This Sunday Times piece is so long and there’s so much weirdness, tea, shade and eye-rolling that I need to split it into two posts. This is Part 1, which is where I pulled out every time Harry and Meghan are mentioned, plus some shady sh-t about William.

Kate doesn’t do drama: Jamie Lowther-Pinkerton, one of the Cambridges’ closest friends and advisers, their former principal private secretary who is godfather to Prince George, assesses Kate’s coping mechanism: “She has that almost old-fashioned, Queen Mother attitude to drama — she just doesn’t do it.”

The Sussexes ‘fired missiles at the monarchy and some personally at Kate’: Kate has watched her husband mourn the loss of his grandfather, not to mention his close relationship with his brother…An image of the duchess arriving at the Duke of Edinburgh’s funeral in April last year is telling. Taken a few weeks after Harry and Meghan’s interview with Oprah Winfrey, which included accusations of racism in the royal family, Kate appears composed but defiant… William, 39, was “reeling”, with “his head all over the place”, furious that his brother and sister-in-law had taken aim at his wife and his family, forcing him to state publicly: “We are very much not a racist family.”

Kate focused on William after the Sussexes’ interview: “In the days after the interview her priority was William, not how she felt about what Harry and Meghan had done,” says a source close to the Cambridges. “She has focused on personal support for William in what has been a really sad time in his life. She never predicted the degree of falling out between them.”

The bridesmaids’ dress fitting: Of the “who made who cry” incident, a palace source says: “I’ve had hundreds of hours of conversations with her [Kate] and it never came up. I only ever heard from Meghan about that — a very different story from what she said to Oprah.”

Kate, the supportive wife: A close friend says: “Kate has a way of calming William down and knows how to be really affectionate and gentle. But she is 100 per cent loyal to him and has a shaft of steel running up her back when she needs to deal with stuff that’s unpalatable.” One of William’s closest friends puts it bluntly: “He has had a year …read more