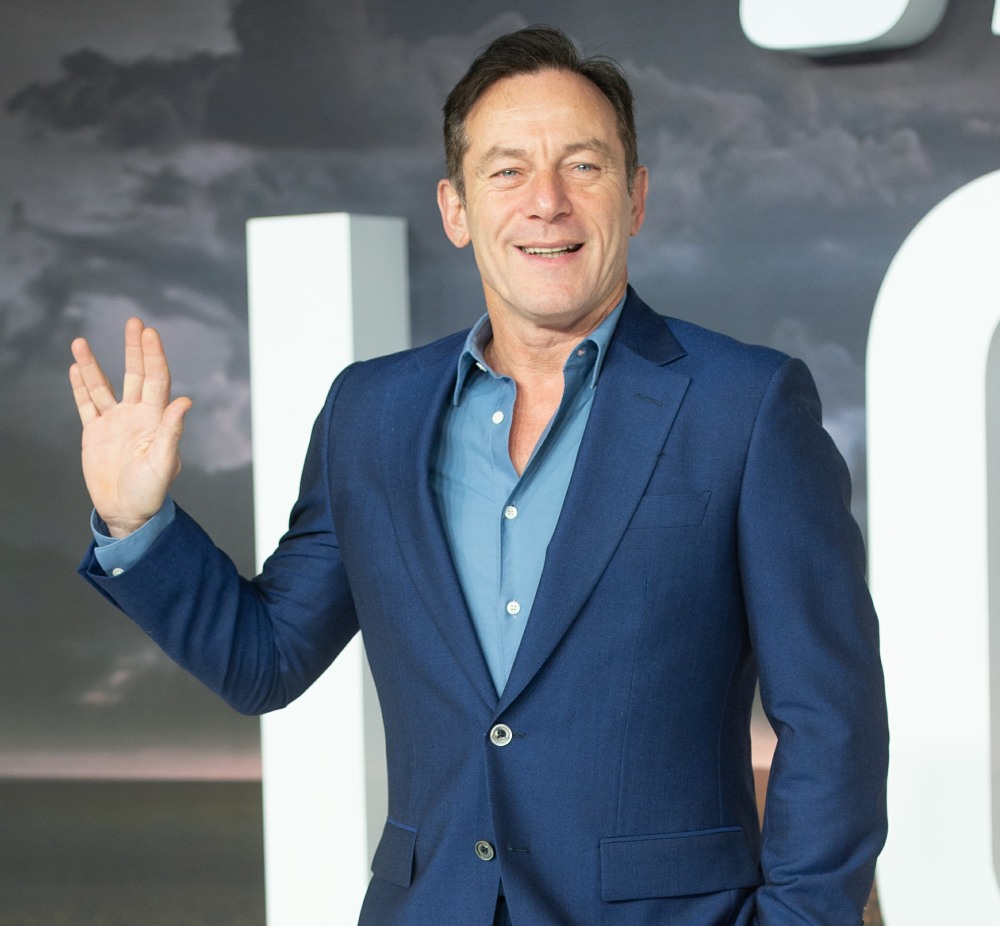 Jason Isaacs had a moment in the ‘90s when he could have been a major star. He was booking all kinds of prestigious work and he was on the cusp in that way that many actors are. And then nothing much happened – Isaacs continued to work in a wide variety of film and TV projects, and he’s still a well-liked and respected actor. There are so many of those actors who – I think – have a moment when they could have been a bigger deal and then something happens and their careers never take off in a huge way. In Jason Isaacs’ case, perhaps he never got to that next level because he struggled with addiction in a profound way for twenty years. He revealed this in an interview with the Big Issue:

An addictive personality: “I’ve always had an addictive personality and by the age of 16 I’d already passed through drink and was getting started on a decades long love affair with drugs. Every action was filtered through a burning need I had for being as far from a conscious, thinking, feeling person as possible. No message would get through for nearly 20 years.”

He first got drunk at the age of 12: “The barman, who we thought at the time was a hero and I now realise belonged in prison, sneaked us a full bottle of Southern Comfort. We drank the entire thing in the toilet, then staggered out into the party, reeling around farcically. I vomited, fell on and pulled down a giant curtain, snogged a girl, god bless her… ran out into the street, vomited again, tripped, smashed my head open on the pavement and gushed blood all over my clothes. The next morning, I woke up with a splitting headache, stinking of puke with a huge scab and the memory of having utterly shamed myself. All I could think was… I cannot f–king wait to do that again. Why? I’ve no idea. Genes? Nurture? Star sign? I just know I chased the sheer ecstatic joy I felt that night for another 20 years with increasingly dire consequences.”

Robert Lacey: Prince Harry ‘does not like the term Megxit, insists it was his decision’

He’s okay now: “I think what would surprise the 16-year-old me is that I’m okay. That I manage to find simple happiness in simple things. Not always, not perfectly, but enough. I thought I was broken. I remember there being a moment, not long before I got clean, when it suddenly occurred to me that if everybody I knew died, literally every single person, I probably wouldn’t mind that much. In fact, I might like it, because then it would be an excuse to sit in a room by myself and take drugs and everybody else would say, well you know, fair enough, you heard what happened didn’t you?”

[From The Big Issue]

Isaacs is 57 years old, and I guess he’s saying that he was still in the throes of alcoholism well into his 30s. Which is what happens …read more