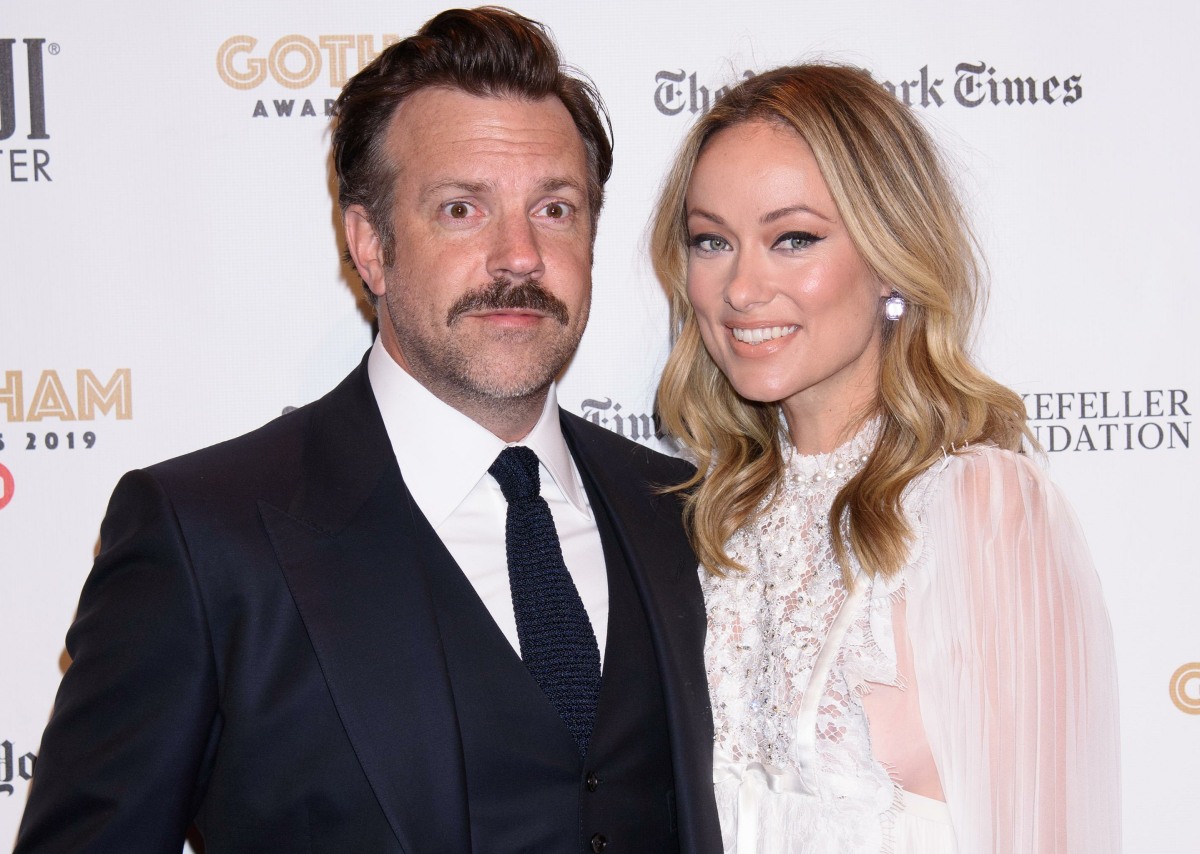 Jason Sudeikis has been in England for a month or two, hard at work on Ted Lasso Season 2. I’ve mentioned before that I came to Ted Lasso kind of late, but I’m a believer now: I completely love that show and Sudeikis is great in it. These aren’t spoilers – it’s not that kind of show – but Sudeikis plays Ted Lasso, an American college football coach who is brought in to coach a Premier League football (soccer) team. Lasso is having marriage troubles and he gets into some wonderful career/personal hijinks throughout Season 1. So pardon me if I think this particular story from Page Six reads exactly like a potential plot point from Season 2: Lazz Meets a Glamour Model.

Jason Sudeikis is moving on from his split with Olivia Wilde — and her new relationship with superstar singer Harry Styles — by spending time with a well-known British glamour model. The former “Saturday Night Live” star — who is currently filming his Apple TV show “Ted Lasso” in London — has grown close to Page 3 model Keeley Hazell in the wake of his split with Wilde, sources in London confirmed to Page Six.

Sudeikis’ relationship with Hazell, which was first revealed by the UK’s Sun, is going well, and he even named a character in “Ted Lasso” after the model, a star of The Sun’s Page 3, before their relationship turned from friendship into something more. On the show, actress Juno Temple plays a Page 3 model name Keeley, the kind-hearted girlfriend of a soccer player on the struggling team managed by Sudeikis’ character Lasso.

A source told The Sun, “When Jason found out about his wife and Harry, Keeley was one of the people whom he turned towards. During this time he was understandably devastated, but she was brilliant and incredibly supportive. He invited her to join him for a dinner with mates in LA, and their flirty banter quickly set tongues wagging. They have met up since, but obviously, it’s all very early days.”

The news outlet added, “Jason feels it’s too soon to leap into a new relationship — he is in absolutely no rush — but it’s a case of ‘watch this space.’”

Hazell, now 34, first became famous as a Sun Page 3 girl in 2004. She made her last appearance in those pages in 2009, then focused on launching an acting career. In 2012, she moved to Los Angeles, took acting lessons, and began landing roles in movies, including “Like Crazy” alongside Jennifer Lawrence. She is said to have first met Sudeikis, 45, during the filming of his movie “Horrible Bosses 2” in 2014.

What in the world is this timeline? I seriously doubt that Sudeikis had the “Keeley” character named after Keeley Hazell, especially since the character was introduced in Season 1, episode 1. It would be completely bizarre for him to demand that a character have a certain name of a glamour model …read more