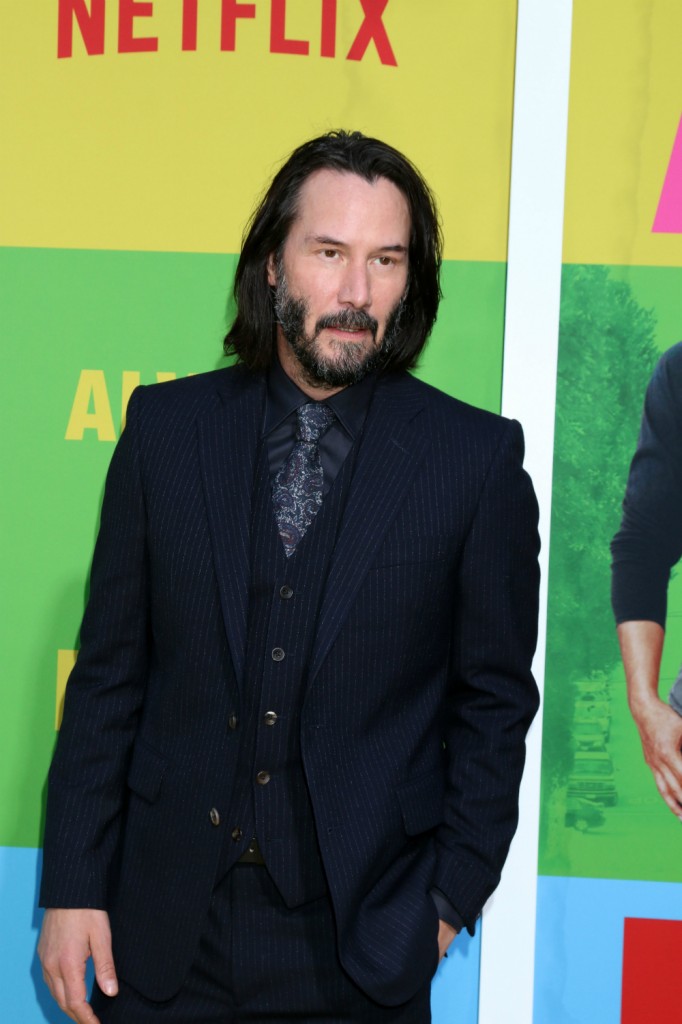 Today’s Spotting Keanu Reeves in the Wilderness takes us to the Northern California town of Alameda, across the bay from San Francisco. Keanu is in town for Matrix 4 prep, which confused the heck out of me because I keep getting Bill and Ted Face the Music updates. While in Alameda, Keanu went full method as Neo and… stopped to get some ice cream? Keanu was photographed, sitting in what looks to be a deserted strip mall, enjoying his frozen treat on a beautiful sunny (but chilly) winter day.

Keanu Reeves eating ice cream in Alameda? It sure looks like it. https://t.co/QX3i1kAkHX

I’ll admit, when I first saw the titles “Keanu Reeves ate ice cream” floating around Twitter, I rolled my eyes and thought, “folks, we all really need to get a hobby.” But seeing how deliciously content he is sitting there savoring his cone, I returned my eyes to center. He’s so blissful, he doesn’t even notice he’s lost his napkin. But an unwiped drip isn’t going to spoil this moment for Keanu. He’s vibing, man. It’s all good.

According to ‘reports’ the Baskin Robbins employee who sold Keanu his sweet treat were even more euphoric than Keanu or his ice cream.

Red pill or blue pill? It appears Keanu Reeves chose neither during a recently confirmed sighting in Alameda. Instead, he opted for a scoop of ice cream at the Baskin-Robbins location on Blanding Avenue.

Video shared to Twitter Monday evening shows the “Always Be My Maybe” actor casually seated on the curb outside of the ice cream chain, enjoying his cone in solitude. (Later, he was kind enough to pose for a photo with a young fan.)

A Baskin-Robbins employee named Abby told KTVU Reeves had walked into the shop around 5 p.m. that day. While she didn’t get to see Reeves herself, she said her colleague who was working the evening shift “freaked out” and “didn’t know how to act” when he saw the actor walk up to the counter. After the fact, a large sum of money was apparently left in the tip jar.

[From SF Gate via DListed]

I love the fact that Keanu’s prepping to film the Matrix, with Bill and Ted coming out and yet the paper name checks Always Be My Maybe to define him. And let’s not overlook the last part about him being a good tipper. Did we need any more reason to swoon? No. But did he give us one anyway? Yes.

And yes, this is an entire post about Keanu Reeves ordering and eating ice cream in the midst of the world falling apart around us, because sometimes, just for a minute, we all need a moment of Zen to catch our breath. And if that moment involves Keanu and ice cream, I consider it a minute well spent. Now, if you will excuse me, I’m going to scoop myself a bowl of mint chip …read more