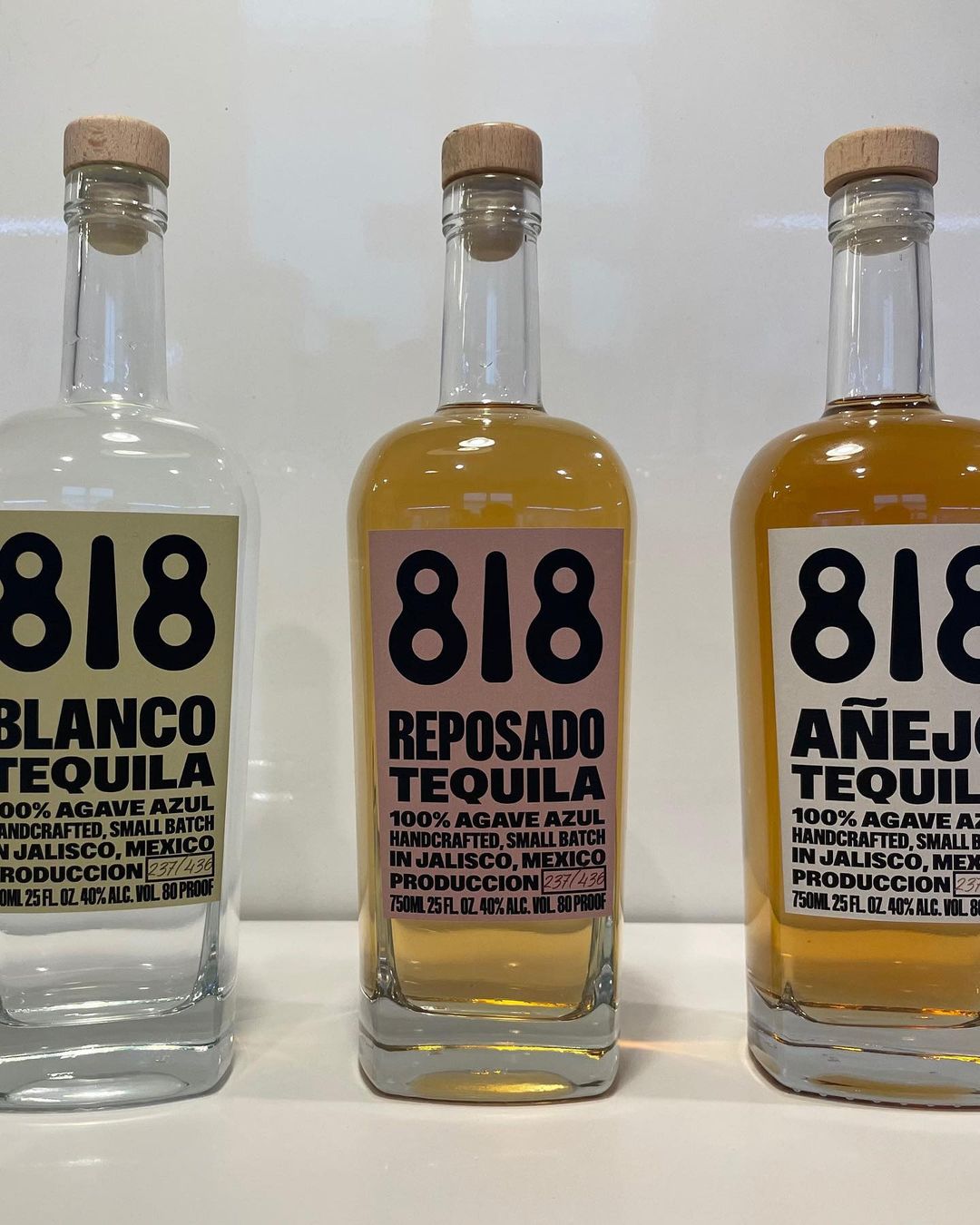 Kendall Jenner has been back in the news for about a week now, after going dark for several months following the backlash from her gross, maskless LA birthday party/Halloween party. First she was in the news because she posted some sketchy Instagrams where she made her body look like a Barbie doll. But the real story is this: Kendall has launched a tequila company, and it’s something she’s been “working on” for years. What in the Hilaria Baldwin?

Kendall Jenner is blazing a new trail within her famous family — diving headfirst into tequila … and is finally ready to introduce what she’s been working on. KJ announced her new tequila line Tuesday — which she’s dubbed “818,” the area code in Calabasas — while going on to explain the years-long journey she’s been on to get to make what she considers the best spirit.

She writes, “after dozens of blind taste tests, trips to our distillery, entering into world tasting competitions anonymously and WINNING (🥳) ..3.5 years later i think we’ve done it!”

Kendall added this too … “this is all we’ve been drinking for the last year and i can’t wait for everyone else to get their hands on this to enjoy it as much as we do! @drink818 coming soon.”

She attached a video of herself doing a taste test, which appears to have led to a final approval of her new product. There are also photos of her and friends downing her concoction, plus photos of a bunch of harvested agave plants.

Kody Brown: Being Married to Meri is THE WORST!

This isn’t a total shocker, BTW — there’ve been subtle hints … especially based on photos she posted from a recent getaway down to Mexico.

It also looks like 818′s been in a bunch of tequila competitions recently (winning several) … but has yet to hit the market widely. Up until now, there was a ton of buzz over 818 — but no one knew how to get it, when it would officially launch or who was behind it. Surprise … it’s Kendall, bitches.

In 2018/19, it often felt like every celebrity woman was trying to launch their own makeup line out of nowhere – makeup lines were the new celebrity lifestyle blog or something. That entire time, I kept thinking “no, the money is in celebrity-founded liquor companies.” People were trying to emulate Rihanna instead of George Clooney, who founded Casamigos and then sold a majority stake in the company for, like, a billion dollars. The profit margins in liquor companies are HUGE, and I do feel like it’s a smarter business to start out of nowhere. That being said, Kendall Jenner starting a tequila company and calling it 818 after the Calabasas area code is pretty white.

Kendall Jenner starting a tequila brand, with zero knowledge on Mexican culture and calling it “818 tequila” is GENTRIFICATION. The 818 …read more