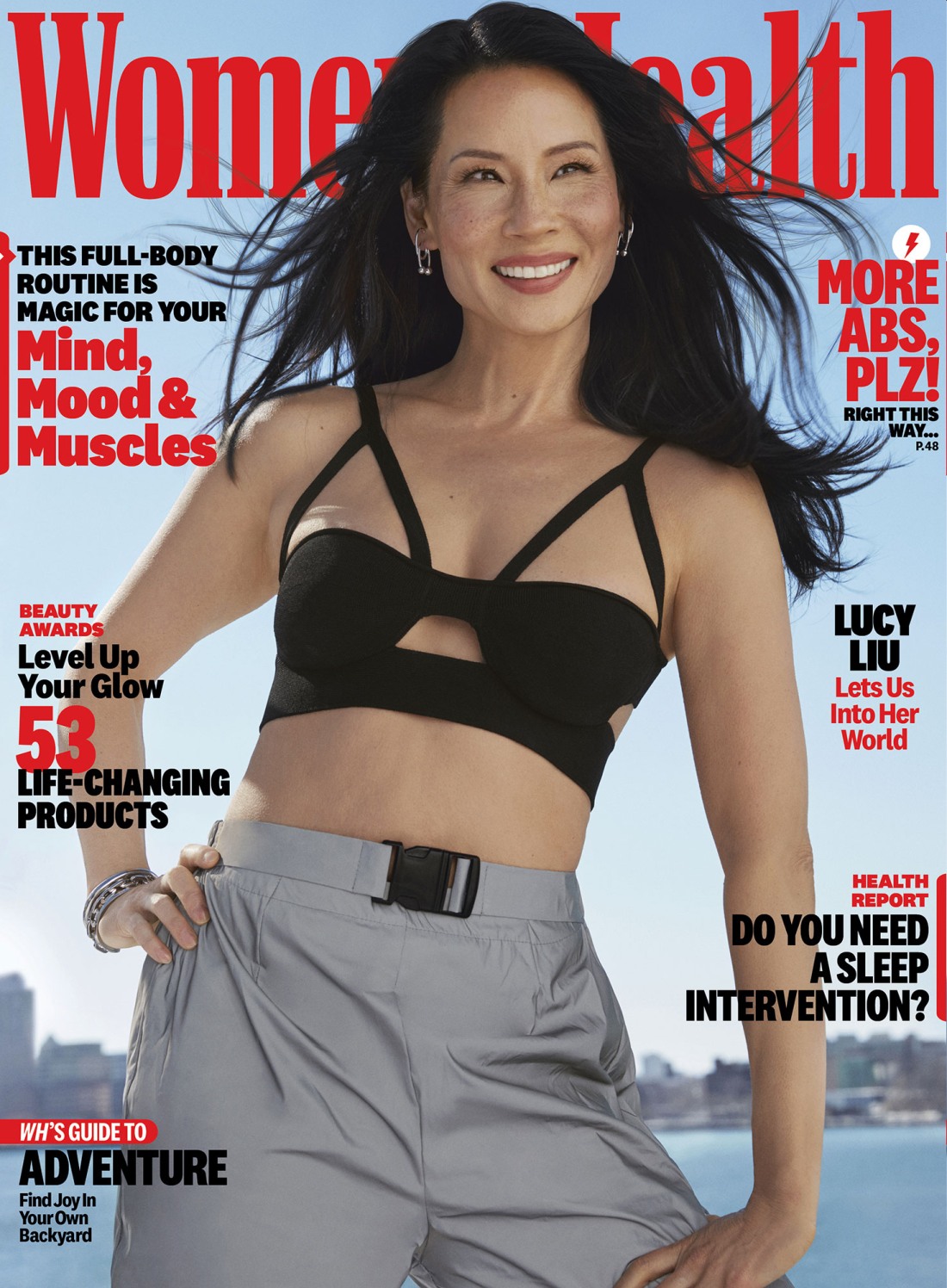 Lucy Liu has always been cool as hell, but I will always have residual warmth for her because of her work in Elementary, which (for my money) was a better update on Sherlock Holmes than the Benedict Cumberbatch series. Lucy still lives in New York and she’s a single mom (by choice) to son Rockwell or, as she calls him, Rocky. He’s 5 years old and he sounds like a pistol. Lucy covers the latest issue of Women’s Health, and she talks a lot about the Chinese-American experience, raising a child on her own and how getting married isn’t on her radar. Some highlights:

Being Chinese-American: “There’s a shield that, culturally, I was raised in. It’s not just a veil. It’s a shield….I don’t think I ever even looked at myself. I didn’t know about the human body.”

No “silly names” for anatomy with her son: “There should be a sense of openness with your body, to run around naked and to feel the freedom of that until you don’t feel comfortable doing it anymore. When he decides he doesn’t want to run around naked, then that’s fine.”

She wanted to pose in swimwear for a reason: To show that “you don’t have to be 20 to wear a bathing suit. With all the flaws and all the life that a body experiences, it’s still something that you should carry with confidence.”

How she dealt with being objectified or exoticized as an Asian-American woman. “When people started to label it as ‘dragon lady’ or ‘geisha’ or whatever—I had to look up ‘dragon lady.’ I literally was like, ‘What is this? I don’t even know what that means!’” I suggest that’s because she grew up in one of the most multicultural places on Earth: Queens, New York. By way of agreeing, she says, “Who’s going to call me dragon lady on the street? I had to learn this.”

Jennie Garth on raising teenagers: ‘it’s definitely not for the faint of heart’

Stop Asian Hate: The hate crimes are “terrifying” and “outrageous”…“This proves, without a doubt, that words matter. It clarifies that when violence happens, [it’s because] the seed has been planted through thoughts and words that give people permission to act out their frustrations and anger. People who use [racist] words, or who don’t use their words to protect other people, are complicit—regardless of what side or color you represent in the political atmosphere.”

Feeling unsafe in New York: “I don’t feel relaxed enough to take my son out without having a plan. I don’t improvise and explore the city, which is the whole point of being in New York City. I was born and raised here. I chose to live in a cosmopolitan place because I feel safer in it. These attacks have really created a vulnerable feeling, not just for me but for so many other people.”

She hopes to influence Asian-Americans to become more political: “If I have a voice and I can use it for the better, and if it can help influence people to …read more