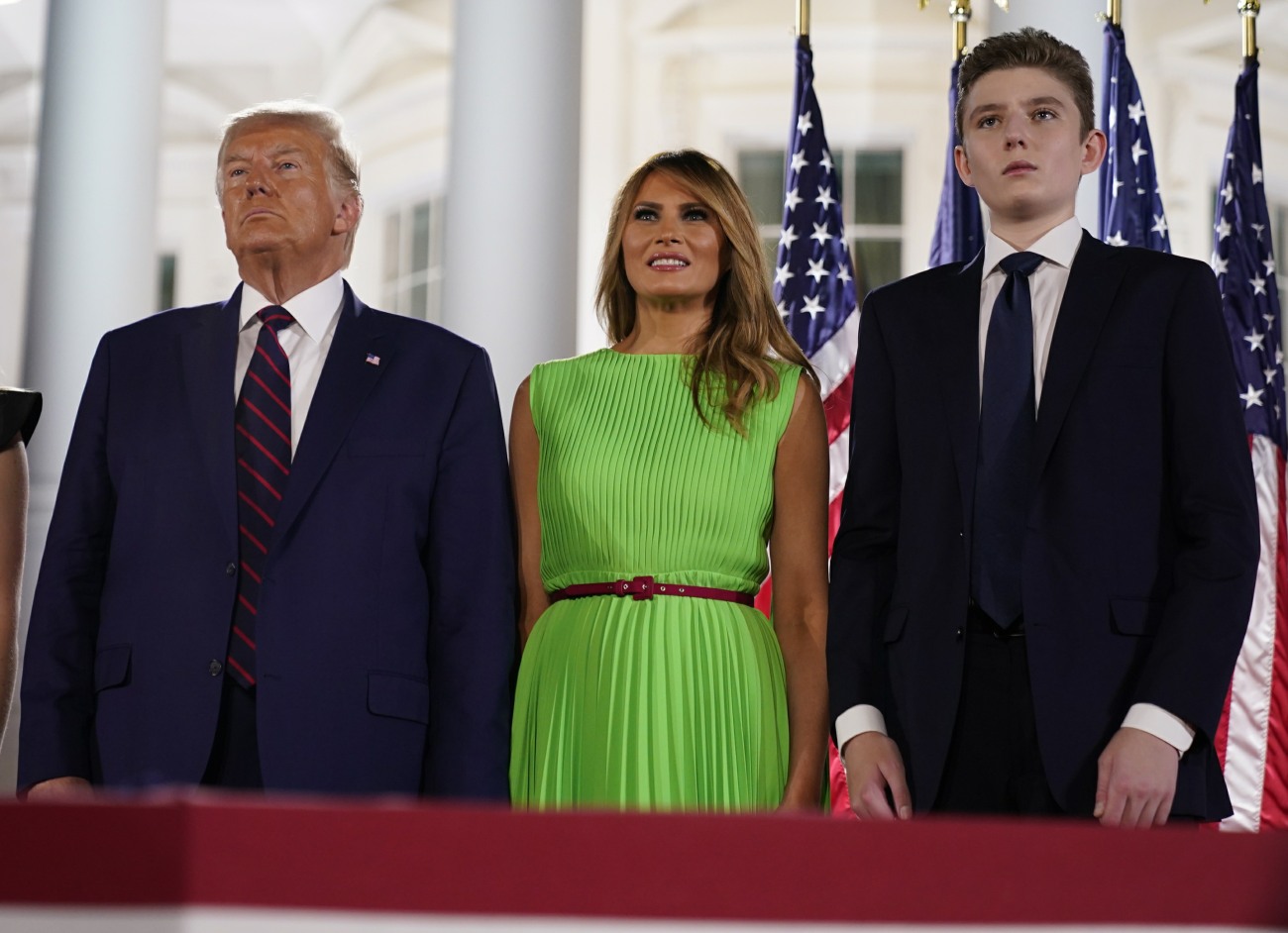 Melania Trump has not been seen in public since September 29th, the night of the first (and only) presidential debate. By then, Melania and Donald Trump had been exposed to the coronavirus already. They were both in attendance for the Rose Garden Massacre on Saturday, September 26th, the super-spreader event to nominate Amy Coney Barrett. By Debate Night, both Trumps were likely beginning to feel ill. Two days later, they both tested positive for the virus. Donald Trump has obviously been front and center since then, because he’s a thirsty famewhore and he’s zonked out on so many drugs, he feels invincible. Melania, on the other hand, just went dark when she tested positive. She reportedly stayed in the White House and tried not to expose anyone else. It was somewhat refreshing.

Anyway, Melania has “written” a little essay about her experiences with the virus, and she revealed that at one point in the past two weeks, Barron Trump tested positive. She also writes that she chose to treat herself using natural methods.

It was two weeks ago when I received the diagnosis that so many Americans across our country and the world had already received—I tested positive for COVID-19. To make matters worse, my husband, and our nation’s Commander-in-Chief, received the same news.

Naturally my mind went immediately to our son. To our great relief he tested negative, but again, as so many parents have thought over the past several months, I couldn’t help but think “what about tomorrow or the next day?”. My fear came true when he was tested again and it came up positive. Luckily he is a strong teenager and exhibited no symptoms. In one way I was glad the three of us went through this at the same time so we could take care of one another and spend time together. He has since tested negative.

I was very fortunate as my diagnosis came with minimal symptoms, though they hit me all at once and it seemed to be a roller coaster of symptoms in the days after. I experienced body aches, a cough and headaches, and felt extremely tired most of the time. I chose to go a more natural route in terms of medicine, opting more for vitamins and healthy food. We had wonderful caretakers around us and we will be forever grateful for the medical care and professional discretion we received from Dr. Conley and his team. It was an unfamiliar feeling for me to be the patient instead of a person trying to encourage our nation to stay healthy and safe. It was me being taken care of now, and getting first-hand experience with all that COVID-19 can do. As the patient, and the person benefitting from so much medical support, I found myself even more grateful and in awe of caretakers and first responders everywhere. To the medical staff and the residence staff who have been taking care of …read more