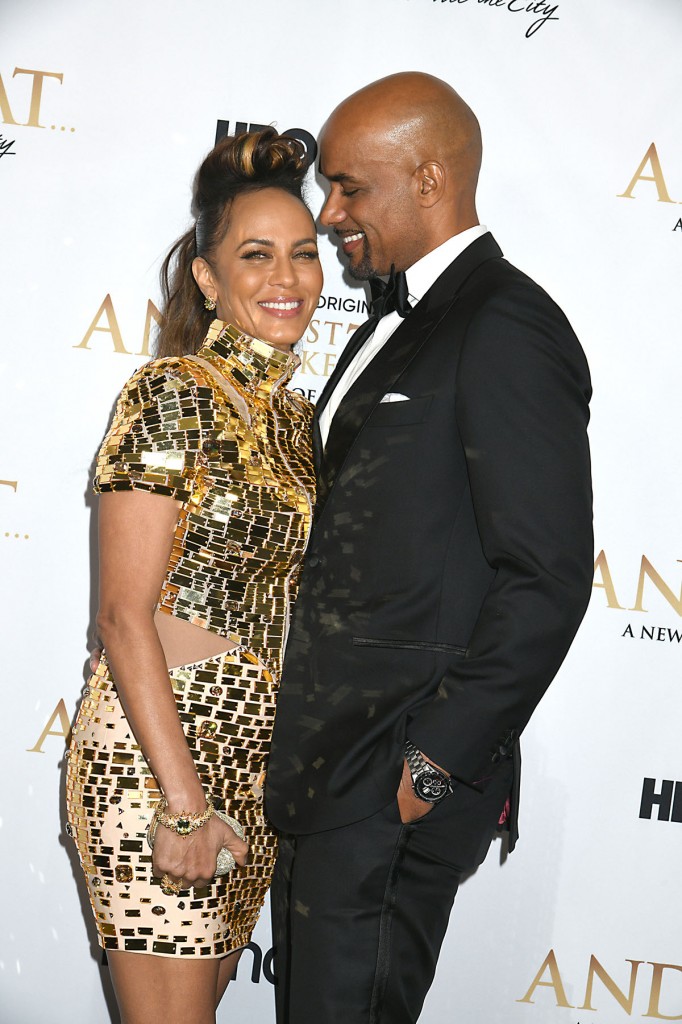 Nicole Ari Parker and Boris Kodjoe have been married since 2005. I am much more familiar with Nicole as an actor. I looked up Boris and he was in Boston Public, which I loved, but I need to pay much more attention to him. And not just because he is a very attractive man, but because he and Nicole are wonderful parents too. And by wonderful, I mean they subscribe to the same parenting philosophy I do: the kids are embarrassed either way – just live your life. Nicole and Boris happily post their loved up moments on Instagram, much to the chagrin of their 16-year-old daughter, Sophie, and their 15-year-old son, Nicolas. But Nicole said she doesn’t worry about the kids’ comments because, “everything embarrasses them… we’ve got to live our life.”

Ask Boris Kodjoe if he and his wife Nicole Ari Parker delight in embarrassing their teenagers by posting Instagram videos of their romantic moments and he sighs.

“Everything embarrasses them,” the 48-year-old actor tells PEOPLE in the latest issue. “Just walking out the door embarrasses them, because we have the wrong shoes on, the wrong outfit or whatever. We can’t worry about that. We’ve got to live our life.”

A clip of Kodjoe and Parker, 51, snuggling in an airport departure lounge in December is a perfect example. The And Just Like That… actress shared the footage on Instagram explaining that she and her husband had been in two “different cities for too long.”

Their daughter Sophie, 16, swiftly responded in the comments section. “I filmed this,” she wrote, deadpanning. “Why am I tagged mother? I already lived the trauma.”

Catelynn Lowell Claps Back: Yes, My Husband is My Lover! Deal With It, Prudes!

For the record, I am not honestly advocating embarrassing kids for fun. But Nicole’s right, they get embarrassed by everything and at some point, parents should enjoy themselves. Obviously, children of celebrities will get poked fun of, but the video in question of Nicole and Boris is just some canoodling in an airport. Mild embarrassment at best. And going off Sophie’s response, which was brilliant, I think she’s playing along. The only advice I’d give to Nicole and Boris is to not overdo it. Not for reasons of PDA – have at it, you beautiful couple. But if the kids get inured to seeing it, it can no longer be weaponized. I frequently ‘motivate’ my kids to do whatever I’m trying to get them to do by telling them they can stay where they are, but “dad and I are going to be here making out.” Nothing but skid marks leading away from where that child was sitting.

Nicole is currently appearing in And Just Like That… and Boris is on Station 19, but they just worked together on Safe Room. Nicole starred on the project with Boris directing her. They said they loved the experience. Especially because they work so much on other projects, they hardly get to see each other. Nicole said the secret to making it work while spending so much time apart is, …read more