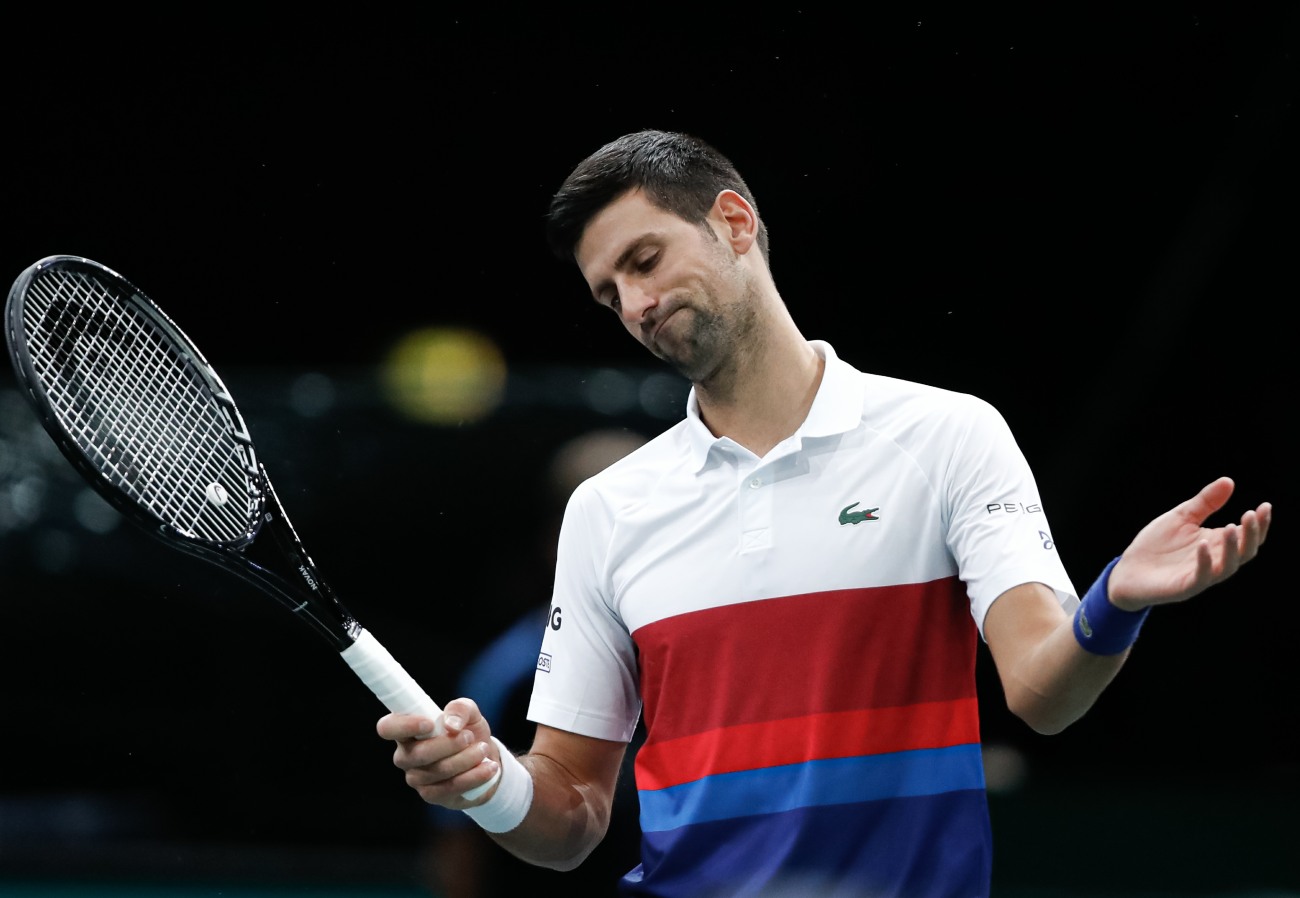 We all had a feeling it was coming, and here it is. Novak Djokovic’s Australian visa was cancelled yet again. Australian border control tried to cancel his visa last week – they detained him at the airport upon his entry into the country, and he was shuffled off to a detainment/quarantine hotel for several days before a court hearing. At the hearing last week, the judge reinstated Djokovic’s visa, basically saying that Australian authorities had not given Novak a chance to get his paperwork in order and that border control was too quick on the draw. Still, Australian authorities had already opened up an investigation into Novak’s claims of getting Covid in December and the inconsistencies, isolation-breaking and general contempt of public health regulations was enough to re-revoke Novak’s visa:

Novak Djokovic, the Serbian tennis star, had his visa revoked for a second time by the Australian authorities on Friday, the latest dizzying volley in a drawn-out drama over his refusal to be vaccinated for Covid-19.

Australia’s immigration minister, Alex Hawke, said in a statement that he was canceling Djokovic’s visa on the grounds of “health and good order,” adding that it was in the public interest to do so. Hawke took the action four days after Djokovic won a legal victory that freed him from immigration detention, where he had been held since arriving at a Melbourne airport last week.

The minister offered no further details about his decision to revoke the visa, other than to say that the Australian government was committed to protecting the country’s borders during the pandemic.

Djokovic’s lawyers said on Friday night that they would immediately file an appeal, as well as an injunction that would allow him to remain in the country, with the start of the Australian Open three days away. Legal experts said he might have little chance of having the decision overturned, after winning his first round in court on narrow procedural grounds.

A federal investigation led by Hawke had revealed that Djokovic provided false information on the documents he gave to border officials when he tried to enter the country last week.

Those documents failed to state that Djokovic, who lives in Monte Carlo, had traveled between Serbia and Spain during the 14 days ahead of his arrival in Australia.

[From The NY Times]

Last week, I felt like Novak, Tennis Australia and the Australian government would work out some kind of deal. But then Novak’s lies and falsified records started piling up, and even the Serbian prime minister wouldn’t vouch for him. People have known/felt that Novak will be deported for days now, so I wonder… why late on Friday (in Oz)? Why after the Australian Open draw was made? Incidentally, I don’t even think “Djokovic getting deported” would mess up the draw that much. If Novak gets deported, it will probably be Alexander Zverev (a credibly accused domestic abuser) or Rafael Nadal coming out of that half of the draw.