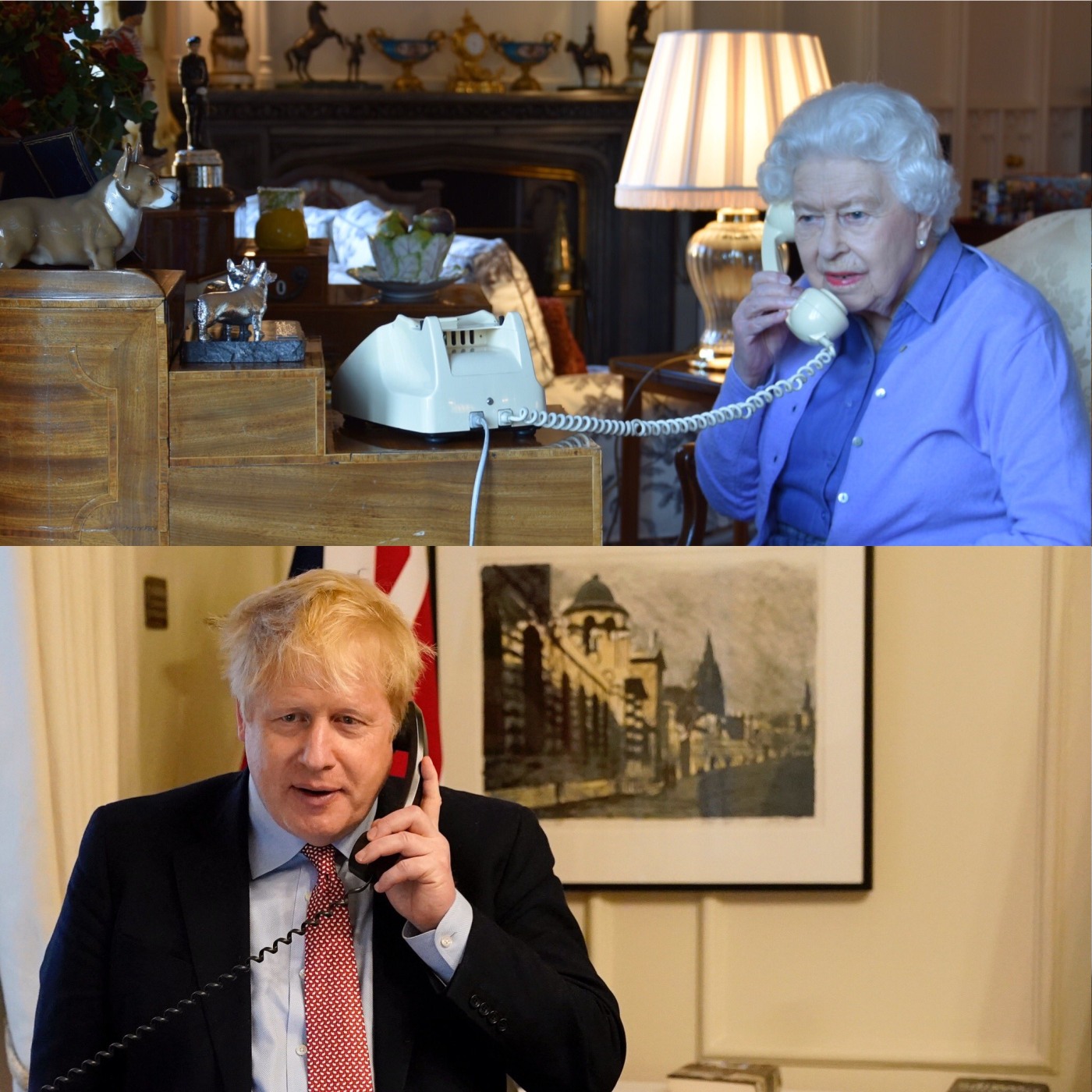 Hear me out: what if all the Duchess of Sussex-bashing was merely one massive deflection away from the fact that Queen Elizabeth is no longer seen as the noble, stable, hard-working sovereign? QEII has taken some massive PR hits over the past few years especially. From where I sit, the dichotomy of how Elizabeth handled the Andrew situation versus how she handled the Sussex situation is both remarkable and catastrophic. She did permanent damage to the crown, in my mind. And now the entire world in the middle of a pandemic. This is the moment where people are crying out for stable, even-handed leadership. And what they’re getting is local politicians (mayors, governors) across Europe and America taking the reins while the national leaders (Trump, Boris Johnson, QEII) are sitting on their hands and/or making things worse.

Yesterday, the Royal Family released this image of Boris Johnson at 10 Downing Street speaking on the phone to QEII at Windsor Castle. The purpose of the image was “steady leadership, even in isolation and crisis.” But the Queen’s expression and BoJo’s expression don’t really match up? And it’s just a f–ked up two-shot. This phone call apparently counts as the Queen’s weekly Audience with the prime minister, which she has done throughout her reign. The point is: nothing to see her folks, just steadiness and calm. Nevermind that the crown prince is a 70-plus man who just tested positive for coronavirus.

Also, I found this interesting:

Yeah. I’ve been saying that for two weeks? The Windsors have really screwed up their response to the pandemic. Considering all the public and private events they were still doing just one week ago, it definitely feels like they were sending some terrible messages at every level.