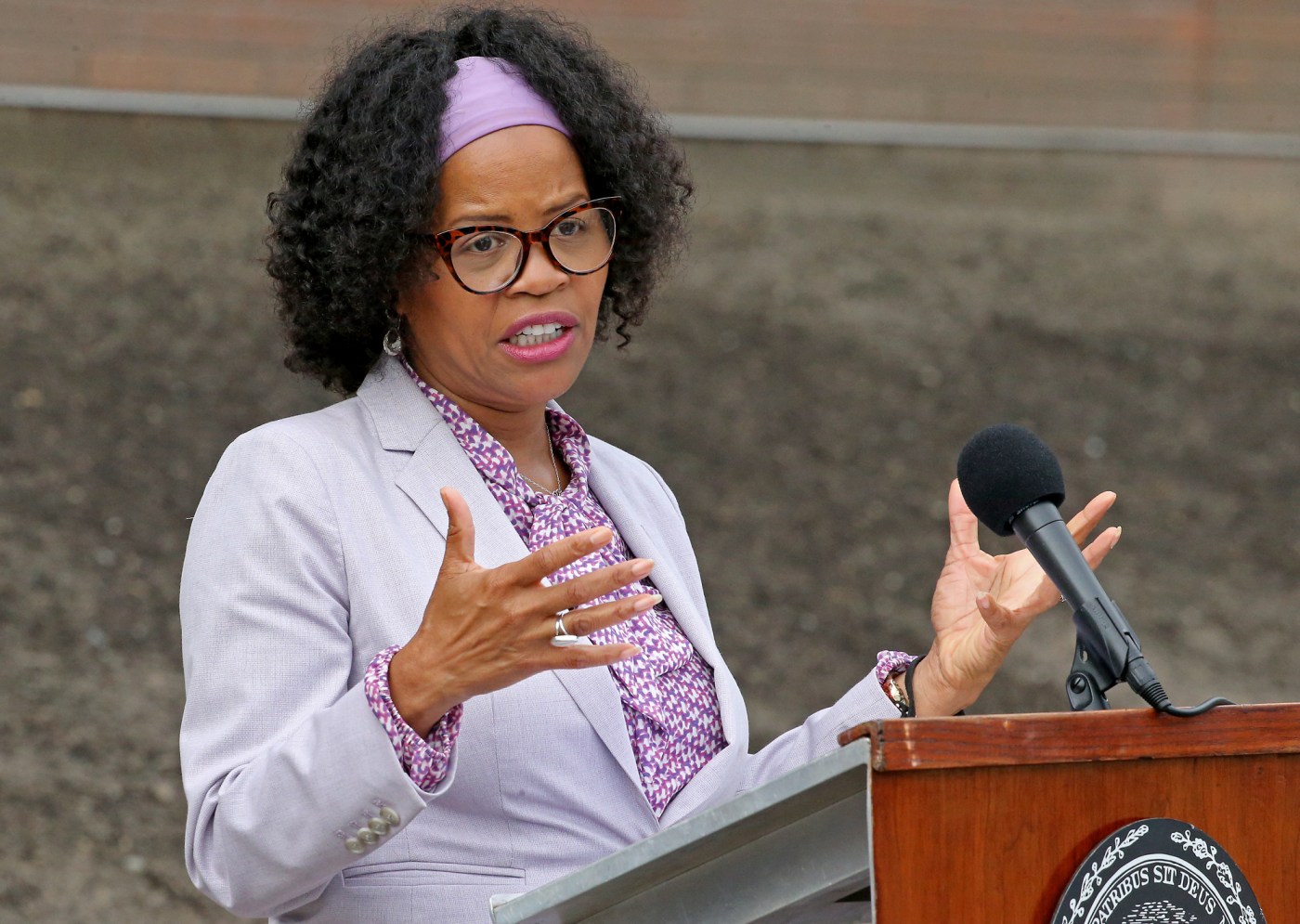 The Janey administration is scrambling to deal with what could be more than 1,000 city workers suspended at the start of this coming work week as City Hall begins to crack down on people out of compliance with coronavirus vaccine mandates.

As of the end of this past work week, about 1,200 city workers were not in compliance with the rules, which require either vaccination or negative tests, according to a spokeswoman for Acting Mayor Kim Janey.

The suspensions — which would come without pay — will begin Tuesday following the long weekend, per the city.

There are about 18,000 city of Boston employees, meaning 6% are not following the mandate. Information wasn’t immediately available on Saturday about how the compliance rate varies from department to department, other than the city saying that the Boston Public Schools rate is at 92%, slightly below the citywide mark.

A Janey spokeswoman said that the school district has prepared “contingency plans” to ensure that the school day isn’t interrupted if it does so happen that there’s suddenly a bunch of suspensions.

Janey in August announced a vaccine mandate for all of the city’s employees and contractors. It’s not an absolute mandate, as people who don’t wish to get a vaccine can instead opt to submit weekly evidence of a negative coronavirus test.

Janey announced that this would begin to be phased in, with the first cohort of requirements starting Sept. 20, and applying to employees of Boston Public Schools, the Boston Centers for Youth & Families, Boston Public Libraries and some other higher-risk workers. Then others, including cops, firefighters, inspectional services and more, would face mandates starting Oct. 4. The mandate expands to all remaining workers and contractors on Oct. 18, so these numbers come as some employees haven’t hit the wall yet.

Democrats race to get Biden’s plan across finish line

The city began to move on acting on its mandate this past week for those who had hit their date. Janey’s office said the administration sent out 1,400 notices on Wednesday, telling people that they either had to get in compliance or they’d be suspended starting this Tuesday, Oct. 12.

Janey’s office, sending over this information Friday night, said that 200 people since had gotten into compliance in the two days following the notices.

The city does offer free testing to employees, so if people either get that or show up Tuesday with evidence of a new negative test, they will be able to work as normal, per Janey’s office. BPS in particular has stood up several vaccine clinics at schools over the last several weeks, and coronavirus testing is available at bus yards and schools.

“As the city’s largest employer, the City of Boston is leading by example with a phased-in vaccination or regular testing mandate,” a Janey spokeswoman said in a statement. “We are working closely with our diverse workforce, and our union partners, to ensure employees have access to vaccination, testing and verification systems to comply with the mandate.”