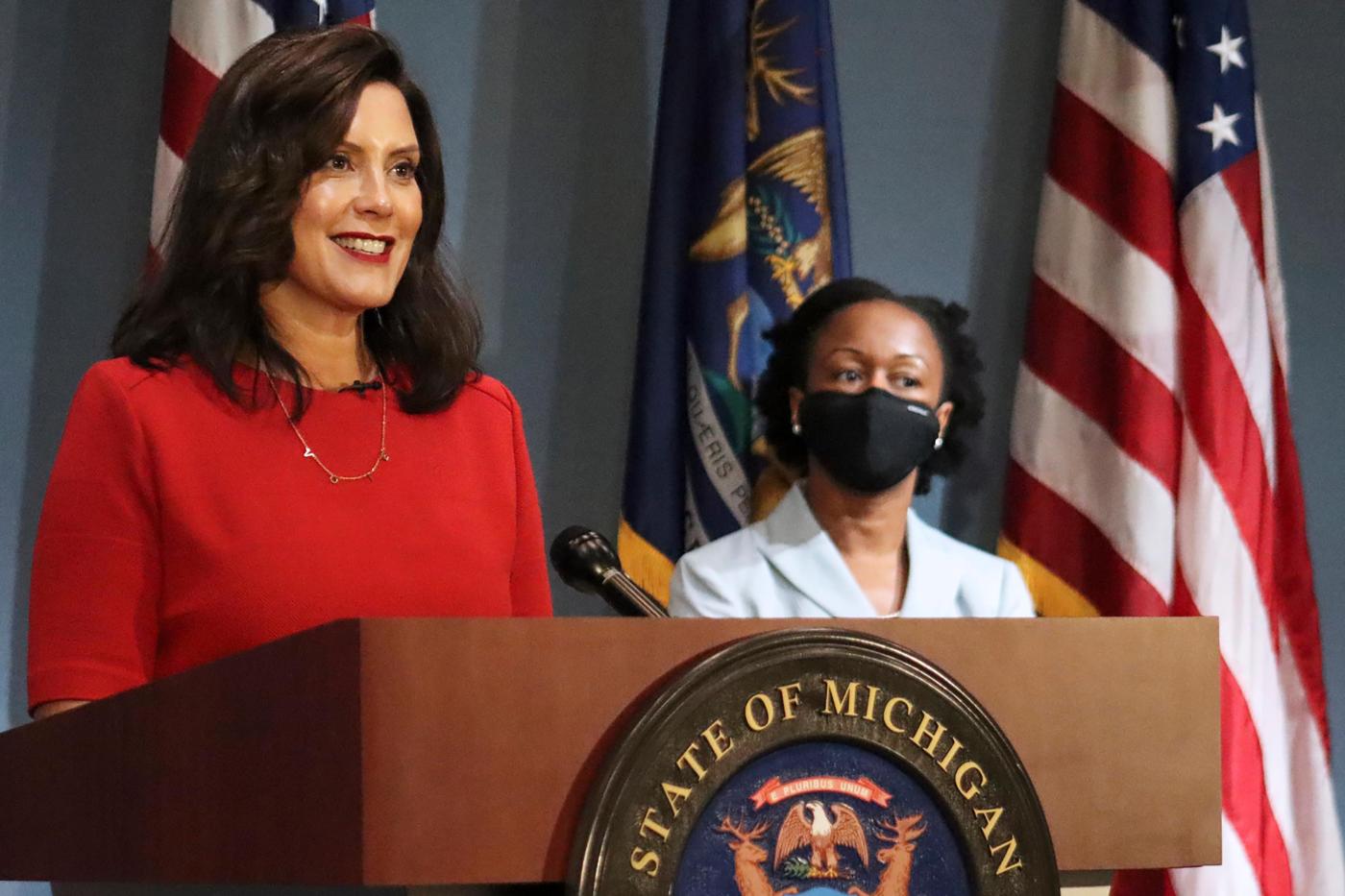 The announcement comes after six others were charged with plotting to kidnap Michigan Democratic Gov. Gretchen Whitmer at her vacation home in reaction to what they viewed as her “uncontrolled power,” according to a criminal complaint unsealed Thursday in federal court.

They are suspected of attempting to identify the homes of law enforcement officers to “target them, made threats of violence intended to instigate a civil war.” They also planned and trained for an operation to attack the Michigan Capitol building and to kidnap government officials, including the governor, Dana Nessel said.

THIS IS A BREAKING NEWS UPDATE. AP’s earlier story follows below.

DETROIT (AP) — Six men were charged with plotting to kidnap Michigan Democratic Gov. Gretchen Whitmer at her vacation home in reaction to what they viewed as her “uncontrolled power,” according to a criminal complaint unsealed Thursday in federal court.

The men plotted for months, consulting and training with militia members, and undertaking rehearsals in August and September, according to the complaint. Four of the six men planned to meet Wednesday to “make a payment on explosives and exchange tactical gear,” the FBI said in the court filing.

The FBI quoted one of the accused as saying Whitmer “has no checks and balances at all. She has uncontrolled power right now. All good things must come to an end.”

The government used informants and undercover agents to thwart the alleged plot. The six men were arrested Wednesday night and each faces up to life in prison. U.S. attorney Andrew Birge called them “violent extremists.”

“All of us in Michigan can disagree about politics, but those disagreements should never, ever amount to violence. Violence has been prevented today,” Detroit U.S. Attorney Matthew Schneider told reporters.

The criminal complaint said the plan involved Whitmer and her second home in northern Michigan.

Whitmer has been praised but also deeply criticized for the state’s response to the coronavirus. She put major restrictions on personal movement throughout the state and on the economy, although many of those limits have been lifted. The criminal complaint did not mention those orders.

Through electronic communications, two of the alleged conspirators “agreed to unite others in their cause and take violent action against multiple state governments that they believe are violating the U.S. Constitution,” the FBI said.

Fox said he needed 200 men to storm the Capitol building in Lansing and take hostages, including the governor, according to the FBI.

He said he wanted to try Whitmer for “treason” and would execute the plan before the Nov. 3 election, the government said.

Later, however, the group shifted to targeting the governor’s vacation home, the FBI said.

Harriette Cole: I simply must be on Broadway, but it may cost me my boyfriend