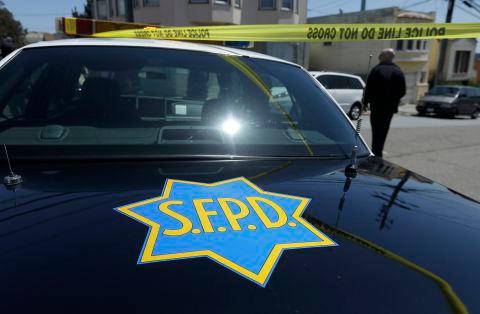 SAN FRANCISCO  — Prentice “Earl” Sanders, who became San Francisco’s first Black police chief after working as a homicide detective on such infamous cases as the 1970s Zebra murders, has died. He was 83.

Sanders died Monday at an assisted living facility in Burlingame after a lengthy battle with kidney failure, the San Francisco Chronicle reported.

“My dad was a renaissance man,” his son, Marcus Sanders, told the paper. “He was a caring father and he had an indomitable smile. No matter what came at him, he had that smile.”

Sanders was with the Police Department for nearly 40 years and was chief from 2002 to 2003.

Police Chief William Scott, who also is Black, called Sanders a trailblazer who ultimately made the department “better and more inclusive.”

He noted that Sanders was the first officer to testify in federal court about racism in the Police Department as part of a 1973 federal discrimination lawsuit filed by a group he helped form, Officers for Justice. The case ended with the department accepting a consent decree that set new rules for hiring and promotions.

“He earned widespread respect from the diverse communities he served as a beat cop, homicide inspector and member of the command staff,” Scott said in a statement. “Yet he heroically risked his ascent through the ranks to remedy the injustices of racial bias.”

Sanders joined the force in 1964 and became a homicide detective in 1971. His cases included the racially motivated Zebra murders, a six-month series of slayings that left at least 15 people dead and 10 wounded. Four Black men were convicted of the random attacks on white victims.

Read the letters the 5 previous presidents left to their successors

Sanders also investigated the 101 California Street Shooting in 1993, where a gunman at an office building killed eight people and himself.

Sanders’ short term as chief was marred by allegations that he and other members of the command staff helped obstruct an investigation into a street fight involving three off-duty San Francisco officers over a bag of Mexican food.

Sanders and nine other officers were indicted on charges of obstruction of justice in what became known as “Fajitagate.” Sanders denied the allegations, which were quickly thrown out by a judge.

However, Sanders retired, citing the stress of the incident, the Chronicle said. He also filed a $33 million lawsuit against the city and the district attorney but it was dismissed.

ln addition to his son, Sanders is survived by a daughter and three grandchildren.