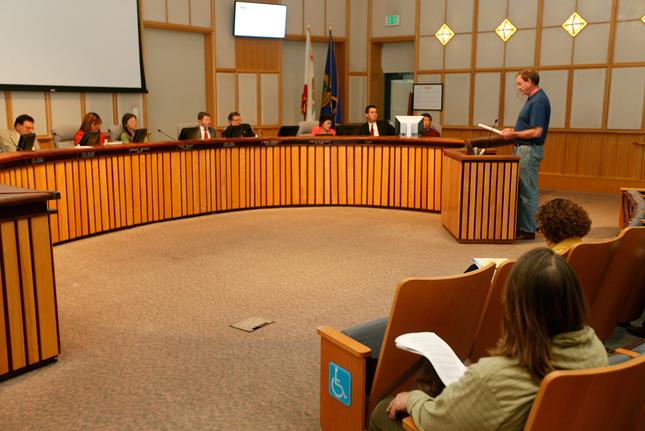 MOUNTAIN VIEW — With a majority of seats on the city council up in November, a political shake-up is brewing as voters face an ideologically split candidate pool that could change the city’s policy framework as it deals with an economic crisis and the coronavirus pandemic.

Clearly divided on the city’s hot button issues of RV and people living in their cars clogging up city streets, the economic recovery strategy, rent control and the future of policing, the diverse group of nine candidates vying for four seats on the city council hope to convince voters their policy prescriptions are the right medicine for Mountain View.

Termed out of the council this year are incumbents John McAlister and Chris Clark. Mayor Margaret Abe-Koga and council member Lisa Matichak are looking to retain their seats based on their past records on the city council, with Abe-Koga touting her four-term experience on the council during the 2009 economic crisis and Matichak boasting strong residentialist support for her pro-business, slow-growth policies since elected to council in 2017.

But Abe-Koga and Matichak face strong opposition from some of the same political rivals that have packed council meetings and organized campaigns against their policies over the past two years. Former council members Lenny Siegel, Pat Showalter and Sally Lieber — bona-fide progressives who have tangled with others on the council on key policy.

Joining the three old-guard candidates looking for a return to the council are simpatico newcomers and Democratic Socialists of America members John Lashlee and Alex Nuñez, both figures who have cemented themselves as supporters of the city’s tenant movements and as advocates for low-income minority communities.

Waymo engineer Paul Roales and Mountain View Whisman School board member Jose Gutierrez, who both espoused similar beliefs to Matichak and Abe-Koga, also are throwing their hat in the ring with Gutierrez focusing on better representing the city’s Latino community and Roales urging more deregulation to encourage housing and commercial development.

Firmly in the same camp, Matichak, Abe-Koga, Gutierrez and Roales said in interviews that they support council-sponsored Measure C, which if passed would ban oversized vehicles from parking in most of the city’s streets. All three argued that people who live in their cars and in oversized vehicles pose a threat to public safety on the city’s residential streets, and undermine quality of life in the city. And, they believe that the ban could potentially drive people to safe parking programs that connect them with long-term housing.

But the remaining five candidates — Siegel, Lieber, Nuñez, Lashlee and Showalter — said they do not support Measure C, arguing that the move to displace many of the city’s roughly 200 RV residents during a pandemic would be irresponsible, and that the city should have proper accommodations for its RV residents before limiting their freedom of movement.

On policing, not normally a hot topic for the Mountain View council, candidates appeared to agree that the police department’s role in dealing with social problems like mental health and domestic violence should be evaluated.

Each candidate told The …read more