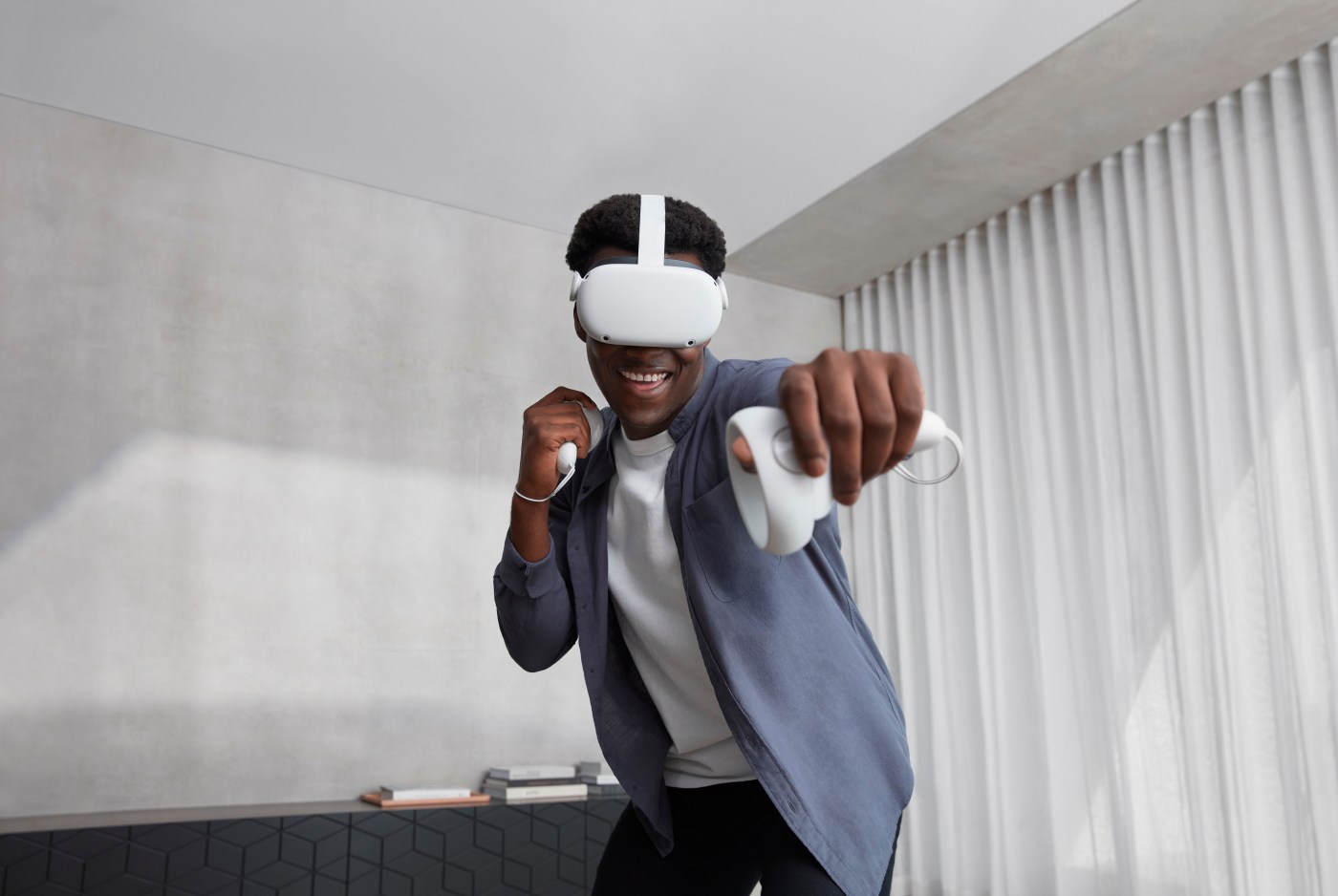 Although it’s called Facebook Connect, the Oculus platform was still the star of the virtual and augmented reality event held online today. The social media giant changed the name of the gathering — it was previously called Oculus Connect — to better reflect the expanding nature of its emerging technologies.

Augmented reality glasses were mentioned but that’s far off in the future. What’s closer today was the announcement of the Oculus Quest 2 and several big-name titles coming in the future. It’s a lot to go over but here arguably the biggest pieces of virtual reality news coming out of this morning’s event.

1. Oculus Quest 2 goes on sale for $299 — The successor to the ground-breaking Oculus Quest touts several improvements, but the reviews have been mixed. Part of the online complaints focus on needing a Facebook account to use the device, a move that fans have long dreaded but many were expecting. If needing a Facebook account isn’t a big deal, the device does have improvements including a Qualcomm Snapdragon XR2 processor geared toward VR and a single higher-resolution screen.

These are good upgrades, but it doesn’t appear to be a huge leap in technology. If you have the original Oculus Quest, you’ll be fine. If you don’t have one yet, the $299 price tag makes the Oculus Quest 2 more appealing than ever, especially with the coronavirus pandemic. One of the best part of owning Quest is that it does seemingly transports users to faraway places. Watching the NBA Bubble games was a revelation, and using an app called Wander lets them visit other cities via Google Street View. It’s a way to travel while staying at home.

Senate GOP lines up behind Trump to fill SCOTUS seat

The most important reason though that the Quest line has been successful is that it’s the easiest and quickest way to jump into an immersive VR experience. The all-in-one set doesn’t a need a PC and the freedom of movement is a game changer when it comes to play and exploration. Facebook noted this as well and they are no longer going to “pursue PC-only hardware” going forward.”

2. Ubisoft is bringing “Assassins’ Creed” and “Tom Clancy’s Splinter Cell” to the platform — Fans have been clamoring for a new “Splinter Cell” for years, and it seems that the only way to play it will be on Oculus headsets. Other than the announcements themeslves, not much is known about the projects, but I’m figuring it won’t be a game everyone is expecting.

Judging by Ubisoft’s previous efforts such as “Star Trek: Bridge Crew” and “Werewolves Within,” these upcoming projects could contain more social elements that leverages the ability to bring the feeling presence in a multiplayer experience.

3. Major mainstream franchises continue to work in VR — The Quest will get “Star Wars” and “Jurassic Park” games in the future. “Star Wars: Tales from the Galaxy’s Edge” continues the work that ILMxLAB has been doing with the medium. The studio created the fantastic “Vader Immortal” series, and the team is leveraging the real-life …read more