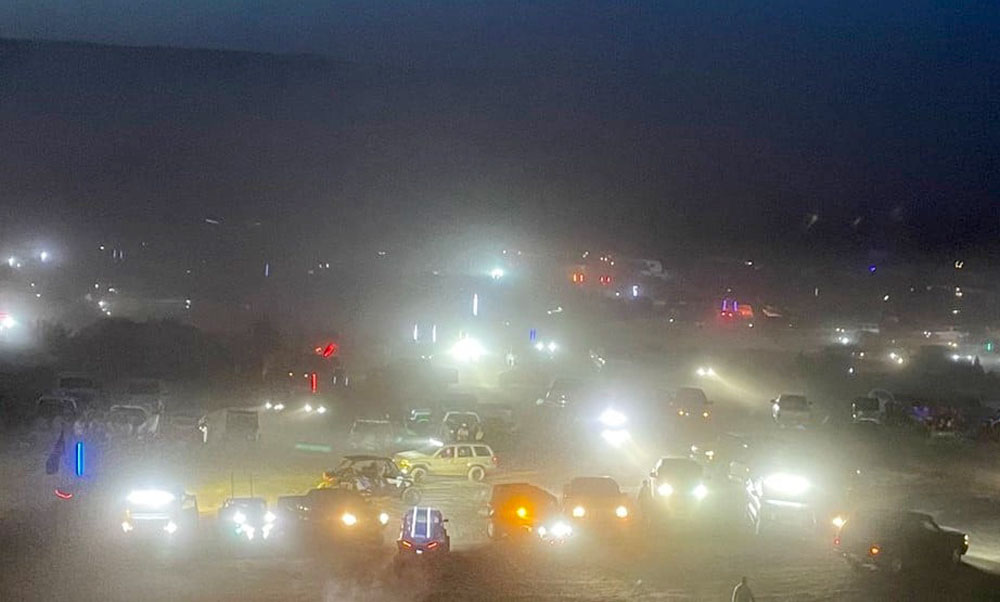 Rangers broke up a huge unauthorized party Saturday night in the national forest east of Phoenix.

More than 5,000 people are estimated to have shown up to the gathering, said a report from the Tonto National Forest. The participants blocked off the main road to designate camping and staging areas in the Lower Sycamore Creek area.

One of the accidents was a collision of two all-terrain vehicles. Because of the road blockages, the injured person had to be transported by helicopter.

Maricopa County sheriff’s deputies turned out to help disperse the crowds. Despite the numerous violations, no arrests were reported.

The report implied the event had been publicized through Facebook posts. The national forest requires permits for all gatherings of more than 75 people.