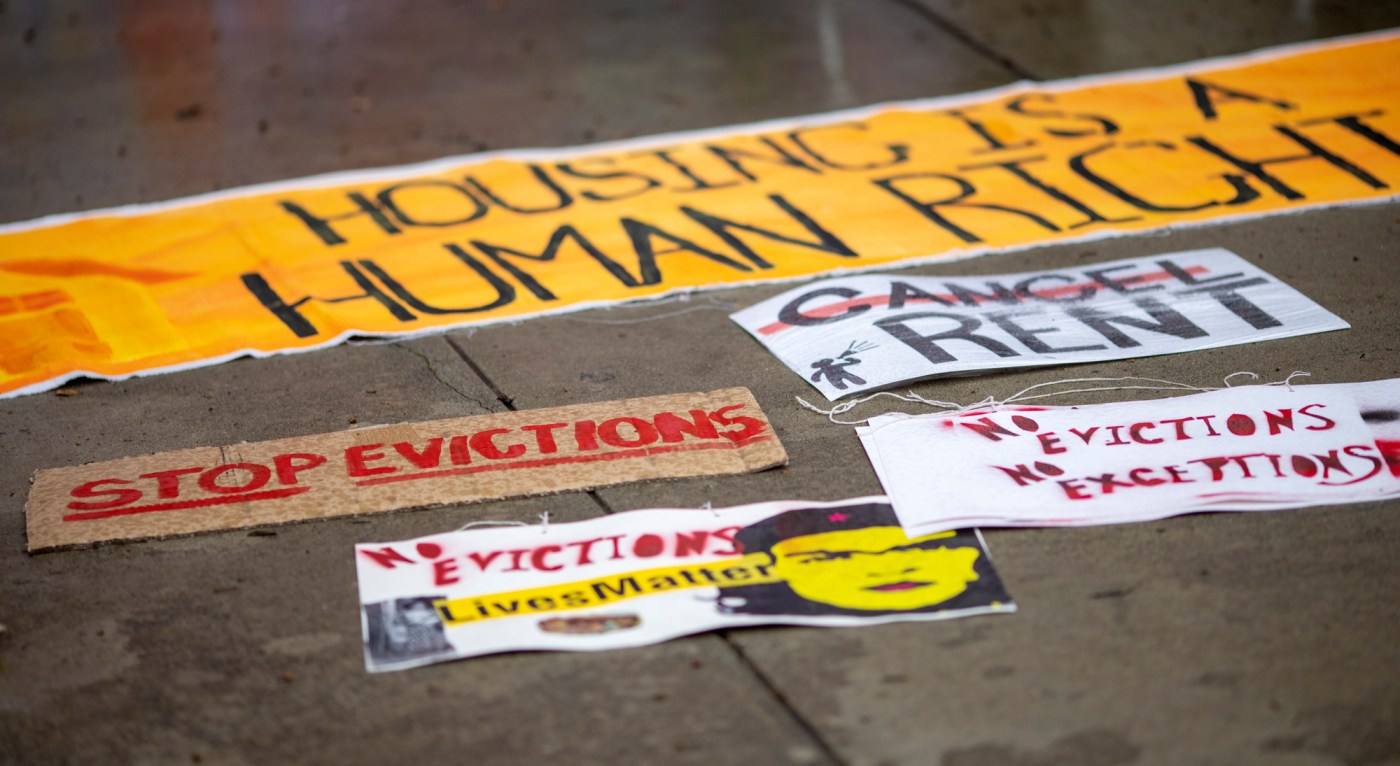 Although California’s eviction moratorium ended last month, many Alameda County tenants are still covered by a local ban that has ignited a growing fight between landlords and county officials.

Alameda County and Oakland eviction bans now are among the stiffest local renter protections remaining in the state. Although landlords in most other parts of California can evict residents in certain limited cases, Alameda County property owners cannot remove tenants for being behind on rent as long as the county remains under a local health emergency. And county leaders have indicated no plans to lift the emergency designation.

Alameda County landlords say the local moratorium has left them unable to get troublesome or delinquent renters out.

State and local relief programs have been confusing and slow moving, and the local ban provides an important backstop to keep struggling renters in homes, said Gloria Bruce, executive director of East Bay Housing Organizations. “It’s critical that we still have these protections,” she said. “The majority of tenants are responsible and just want a place to live. I think the majority of landlords are responsible.”

State law prohibits new local protections, like those enacted in other Bay Area cities and counties, from extending past Sept. 30. But the law allowed established, emergency bans in Oakland, Berkeley and Alameda County, as well as Sonoma County and Los Angeles, to extend past the state deadline.

The Alameda County protections will last at least until Dec. 31, or 60 days after county supervisors lift the local health emergency. The measures generally allow landlords  to remove tenants only in cases of serious health and safety violations or if a property is being removed from the rental market.

McManus: Why is Trump running for president again? To stay out of jail

But landlords say the protections go too far. The California Apartment Association has asked the board of supervisors to rescind the moratorium.

In a letter to Alameda County Board of Supervisors president Keith Carson, CAA vice president Joshua Howard said the health and safety risks in the county had diminished substantially with widespread vaccinations.

“Given the comprehensive statewide eviction protections, millions of dollars in assistance for Alameda renters, and the significantly improved public health and economic circumstances, the continued application and enforcement of the eviction moratorium is an improper and invalid exercise of the County’s police power,” Howard wrote in the Oct. 6 letter.

A spokesperson for Carson said county supervisors have no plans to modify the moratorium.

Oakland and Alameda County have been aggressively promoting a new round of emergency assistance. Oakland director of housing and community development Shola Olatoye said the city’s protections will remain in place as long as the City Council enacts a public health emergency.

Struggling tenants should check with housing staff and advocacy groups if they receive pressure to leave their homes for failing to pay rent and can bolster their case by providing proof of financial hardship. Oakland continues to operate a rental-assistance program for low-income residents and re-opened its web portal this month.