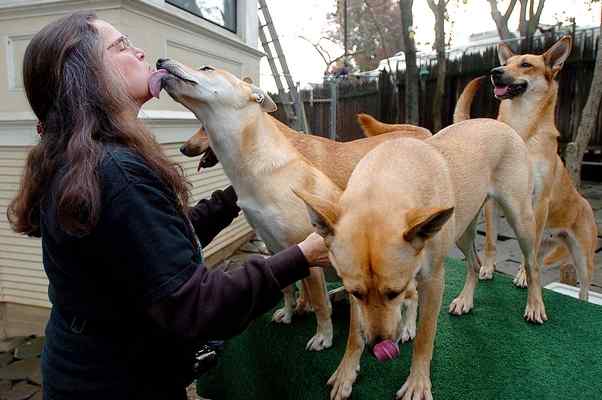 Despite a judge’s ruling in November that barred an embattled Vallejo dog breeder from ever possessing dogs again, Susan B. Anthony appears to have ramped up her Carolina dog breeding business as she waits for her appeal to go before the judge.

In November, Anthony was found by a court to have kept her dogs in unsanitary conditions with inadequate nutrition and water. She was also found negligent in providing sanitary rest boards or floor mats for her dogs to sleep on or veterinary care when needed.

A permanent injunction barring her from “owning, driving, keeping, possessing, or having charge or custody” of any dogs was handed down by the judge.

On Monday, Anthony asked for and received a 60-day extension regarding an appeal she filed in December.

Anthony is not breaking the law by possessing dogs and breeding them at this time, because any injunctions against her were put on hold as soon as she filed an appeal in December, a lawyer from the Animal Legal Defense Fund said. But if she ultimately loses her appeals, who knows how many dogs will need to be rehomed. In the past, authorities have reported as many as 50 dogs at a time on her residential property at the corner of Carolina and El Dorado Streets.

The dog breeder has a long history of citations from animal control going back to 2000, as well as complaints to the sheriff from neighbors who have had to live around strong odors, flies, and dogs running at large, and even reports of dog bites.

Dogs on her property can currently be heard barking and recently there have been reports of puppies crying and nursing female dogs at large in the street. These allegations appear to be backed up by a posting on Anthony’s “California Carolina Dogs” Facebook page advertising new arrivals: “New Puppies,” reads the post dated April 5 of this year, with pictures of the pups.

The Times-Herald has heard dogs barking from Anthony’s property and has seen and heard footage of adult dogs barking as well as what sounds like small puppies crying, recorded in April.

Anthony has repeatedly defied the law and has been accused of “hiding” her dogs at the homes of her mother and brother in order to dodge animal control and other authorities who have seized her dogs in the past. The Times-Herald has not witnessed the sounds of dogs coming from the property of her brother or mother recently.

Anthony’s attorney, Ira Leshin, spoke to the Times-Herald after the initial appeal was filed.

“These are healthy dogs,” he said. “They are not malnourished or mistreated.”