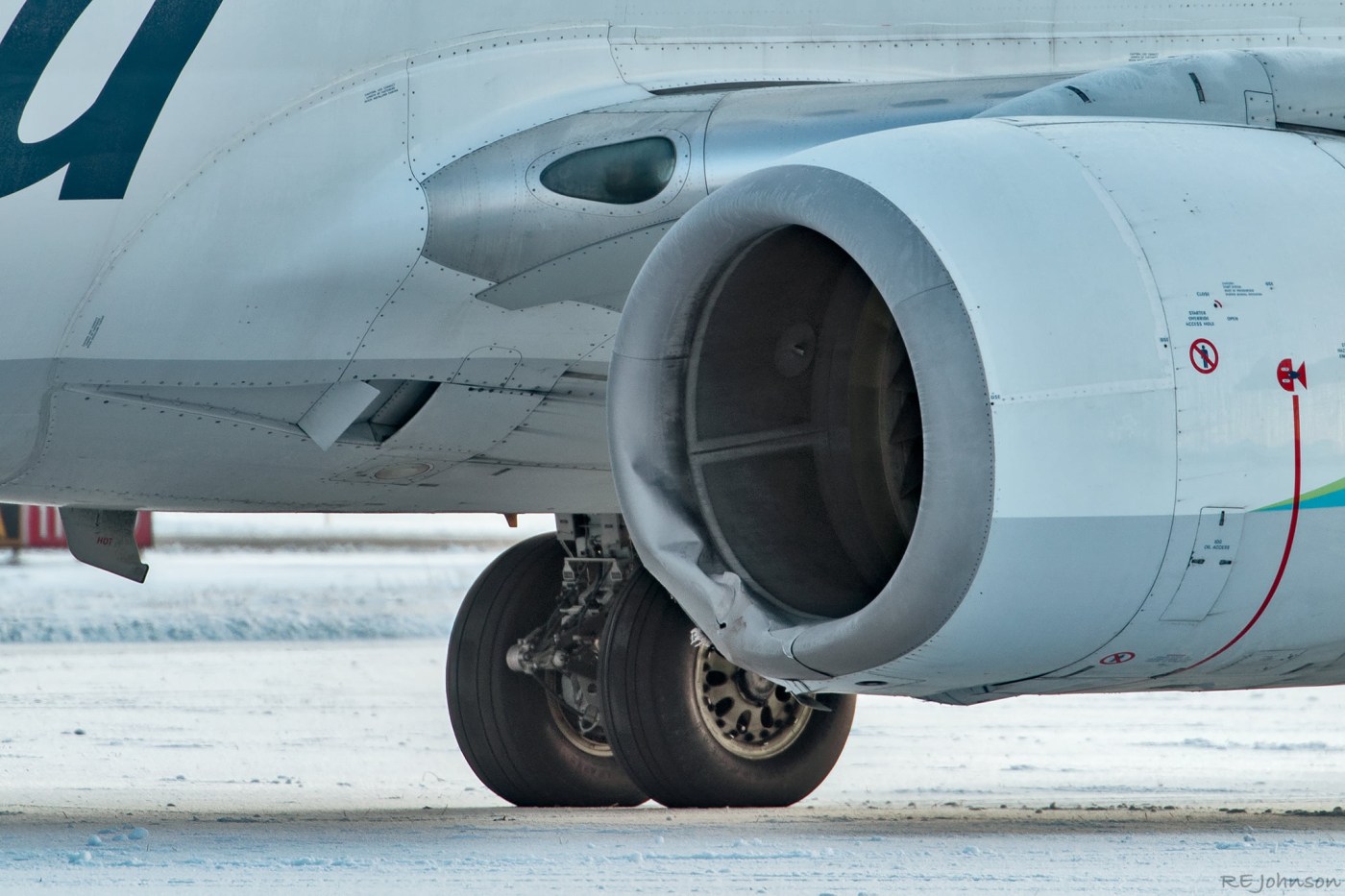 In an unusual collision, an airplane hit and killed a brown bear while landing at the Yakutat Airport in Alaska on Saturday.

Alaska Airlines Flight 66 was arriving from Cordova into Yakutat when the flight crew saw two bears crossing the runway, according to a statement by Alaska Airlines.

“The nose gear missed the bears, but the captain felt an impact on the left side after the bears passed under the plane,” the airline’s statement said. Pilots then spotted a bear lying several feet off the center of the runway while taxiing the Boeing 737-700 aircraft for parking.

The left engine cowl of the plane was damaged in the collision and maintenance technicians are currently working to repair the aircraft. Six passengers were on the flight at the time, but no injuries were reported.

After being informed of the incident, airport maintenance and operations crews removed the bear’s carcass and brought it to a storage warehouse, according to Sam Dapcevich, a public information officer for the Alaska Department of Transportation and Public Facilities.

The Alaska Department of Fish and Game was contacted to arrange for proper disposal of the bear.

“It’s a rare occurrence for something like this to happen,” Dapcevich told CNN. “I’ve been in Alaska my whole life and we’ve had aircraft strike birds and other animals … but this is the first instance of a bear that I’ve ever heard of.”

The airport is partially fenced. The airport’s operations crews are trained by the US Department of Agriculture to use pyrotechnics and vehicles to deter animals from coming near the runway and interfering with aircraft operations, Dapcevich said.

Crews had previously seen two bears in the area and believed them to be a female bear and a cub. On the day of the incident, crews had not seen any wildlife during snow removal operations, according to Dapcevich.

Local photographer and biologist Robert Johnson said he was surprised by the incident. He went out to capture the scene after speaking with his neighbors who were passengers on the flight.

“It was an unusual occurrence, actually a first in Alaska at least,” Johnson told CNN. “I’ve worked with bears most of my adult life up here.”

In 1987, another unlikely collision occurred between wildlife and an Alaska Airlines airplane — but that aircraft hit a fish.

Do we need to change how we feed Bay Area birds in the winter?

Trump administration ends gray wolf protections across most of US

What are the squirrels in a San Jose oak tree talking about all day?

Environment, wildlife and parks measures win big across the US