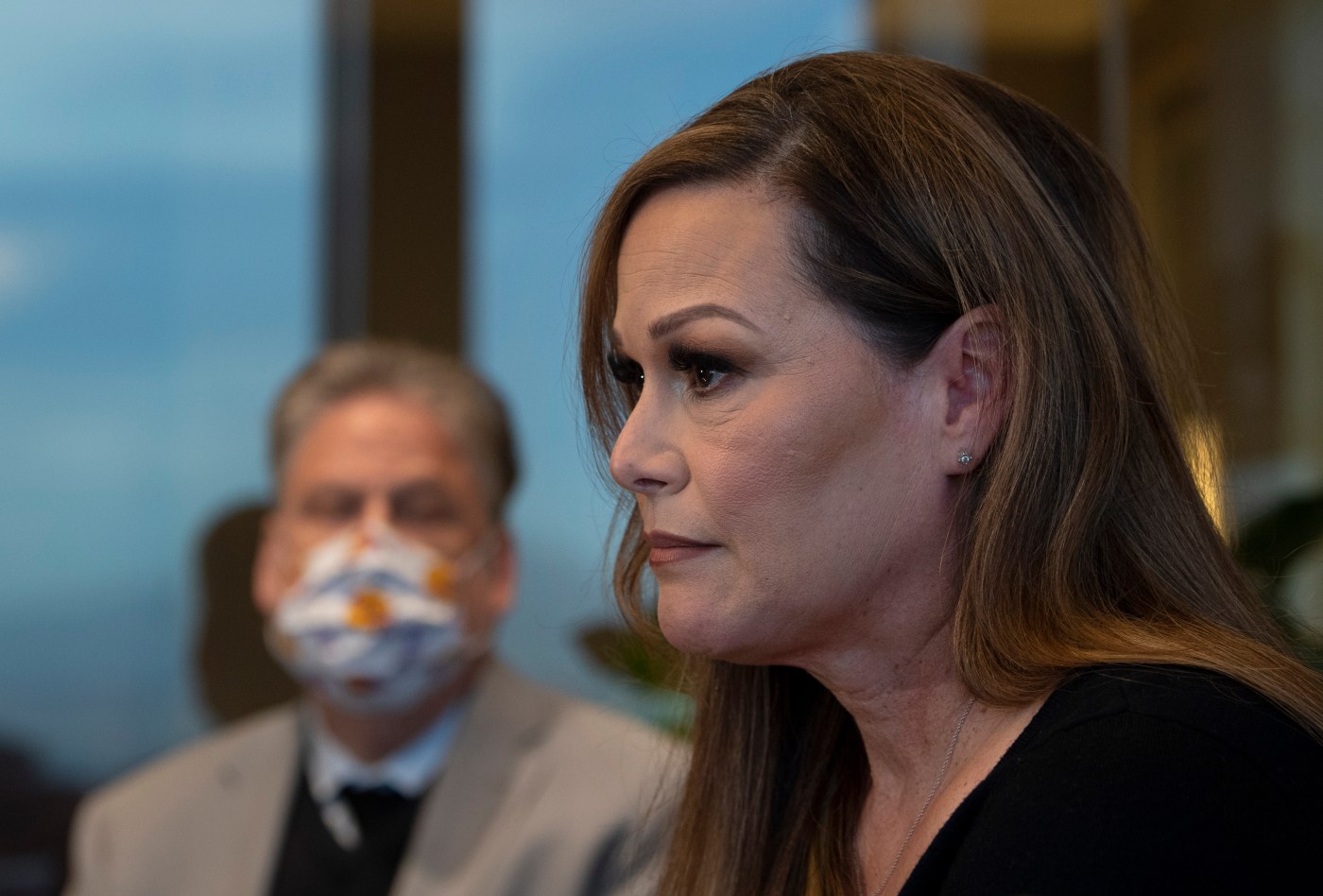 A month after Patricia “Trish” Todd filed a police report accusing then-Assemblyman Bill Brough of rape, the former legislative aide has found her allegation and her professional reputation embroiled in the political campaign for Orange County Supervisor.

Todd on Tuesday issued an open letter to John Moorlach, who was a GOP state senator and her boss at the time of the alleged rape and is now running in the March 9 special election to fill the Board of Supervisors seat Michelle Steel left vacant as she headed to Congress. In the letter, Todd says Moorlach has made vague criticisms of her work performance in the weeks since she came forward with her story about Brough.

“You did what many politicians do when a cover up of a sexual assault is exposed; you began to smear me behind the scenes,” Todd told Moorlach in the letter.

To clear that up, she told Moorlach that she releases him from any privacy protections about her work record so he can openly discuss those alleged criticisms.

Moorlach, who is being endorsed by the Republican Party of Orange County in the Supervisor race, didn’t respond to requests for comment.

Brough, a Republican from Dana Point, also has not commented since the allegation surfaced. Todd is at least the sixth woman to accuse Brough of sexual misconduct, though she is the only one who has accused him of rape.

Todd’s letter also calls out Tim Clark, who was Moorlach’s chief of staff — and Todd’s direct supervisor — in 2015, when she says the rape took place.

Home Brewing: How to grow hops in your garden

Todd told Clark about the rape soon after it allegedly happened. She says Clark then told her not to tell anyone else, and didn’t offer her any assistance. Clark denies that he asked Todd to keep quiet, insisting that she asked him to stay silent. He said he still sought advice from Senate authorities and referred Todd to a prominent victims rights attorney — claims Todd denies. That attorney hasn’t responded to requests for comment.

The Register also has learned that Clark and Brough had a previous working connection.

Clark said the payments were for his work handling voter contact during Brough’s 2014 campaign. He said the larger 2016 payment was for that same work, and noted that it shows up in Brough’s 2014 records because it took place during that period. The second payment could be what’s known as a “win bonus,” which is commonly earned by political consultants if their candidate wins an election.

Clark, who was working for Moorlach in 2015, said his firm had no consulting arrangement with the Brough campaign at the time Todd came to him about the rape. He added that he didn’t work for Brough after learning of that …read more