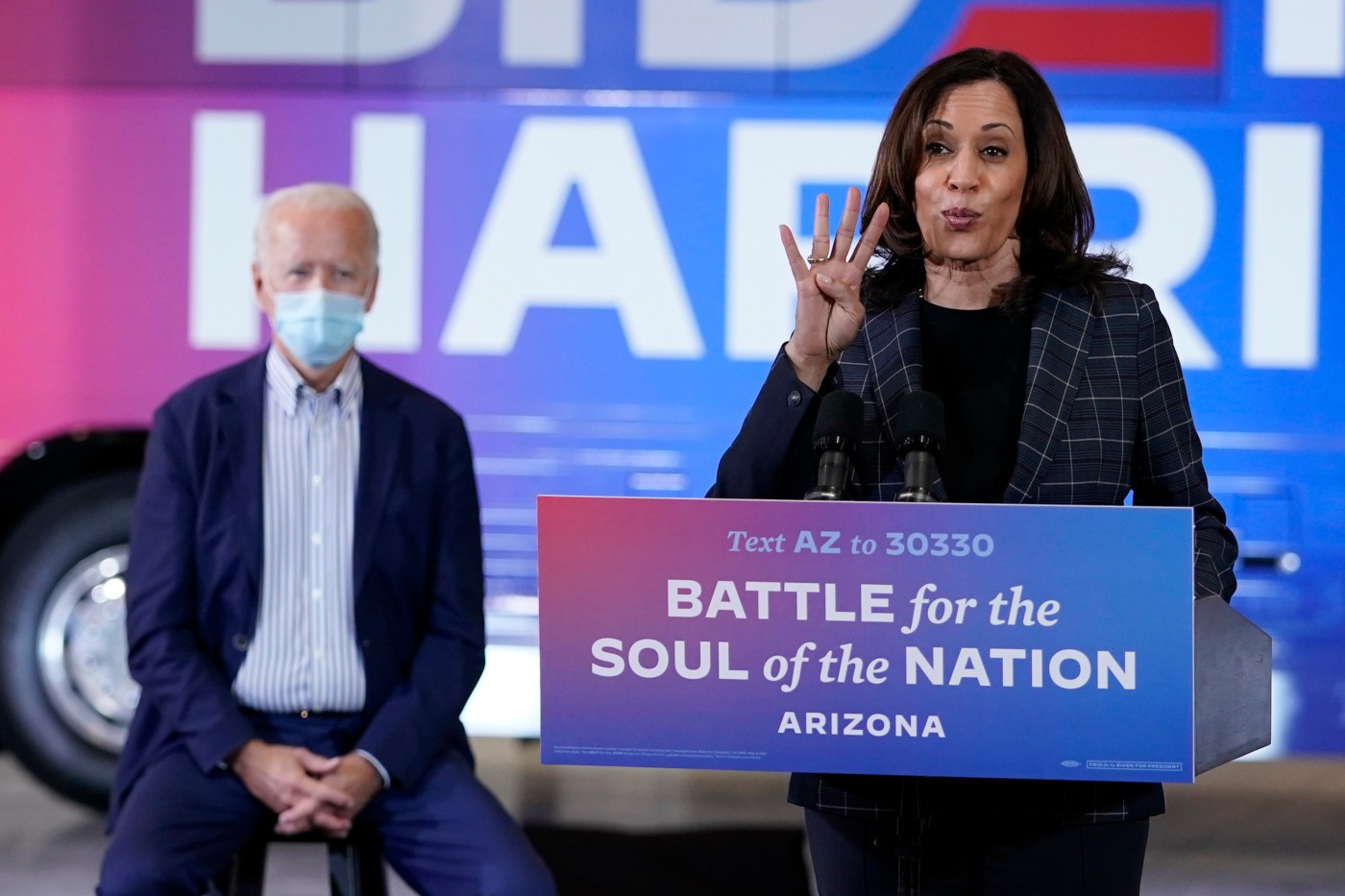 SACRAMENTO — Grasping for a comeback, President Donald Trump and his Republican allies are intensifying their focus not on Democratic nominee Joe Biden, but on his running mate, Sen. Kamala Harris — arguing without evidence that it’s Harris, the first Black woman on a major party ticket, who would really be in charge if Democrats win the White House.

The effort is laced with sexist and racist undertones, and one that is aimed at winning back Republicans and independents who are comfortable with Biden’s more moderate record, but may associate Harris with Democrats’ left flank, despite her own more centrist positions on some major issues.

During the past week, Trump told Sean Hannity of Fox News that Harris would assume the presidency within “three months” of Biden’s inauguration. During a conversation with Rush Limbaugh, he warned that House Speaker Nancy Pelosi would “replace” Biden with Harris. And the president called her a “monster” during an interview with Maria Bartiromo of Fox Business.

Trump’s focus on Harris is building as he tries to regain an advantage against Biden, who is leading most national and battleground state polls three weeks before the election. Trump has long sowed doubt about Biden’s fitness for the job, but is especially eager to shift attention after contracting the novel coronavirus and confronting his own health scare.

At his first campaign rally since being hospitalized for the virus, Trump told a Florida crowd on Monday that Biden has “a lot of bad days coming.”

Dear Abby: My husband seems to enjoy the dog’s ‘loving behavior.’ Is this normal?

“If voters understand the totality of her radicalism, they would conclude that she would be a very high-risk person to put in the White House,” Gingrich said.

He went on to call Biden “docile” and Harris “aggressive.”

The sexism and racism associated with such language, including Trump’s reference to Harris as a “monster,” are aimed at Trump’s most loyal supporters.

“It is really an effort to say to their base, ‘Look, we don’t want a Black woman to be president,’” said Rep. Marcia Fudge, D-Ohio, a former chair of the Congressional Black Caucus. “‘We don’t want this Black person to take over in case something happens to Joe Biden.’”

Fudge said efforts to brand Harris as radical don’t align with her record, particularly on law enforcement. Harris and Fudge are both former prosecutors.

Republicans “consistently talk about law and order to the only person in this race that has a law-and-order background,” Fudge said.

Still, there are some signs that Trump’s message is resonating with his base.

“I’m scared that if Harris gets in, it will be a Harris administration ’cause old Joe’s got some issues,” said Bob Stanley, a retired orthopedic physician assistant who lives in Johnstown, Pennsylvania, and said he will be voting again for Trump.

Joshua Dyck, an associate professor of political science at the University of Massachusetts, Lowell, said the focus on Harris is a sign that Trump’s attacks on Biden aren’t working.

“This is a desire not …read more