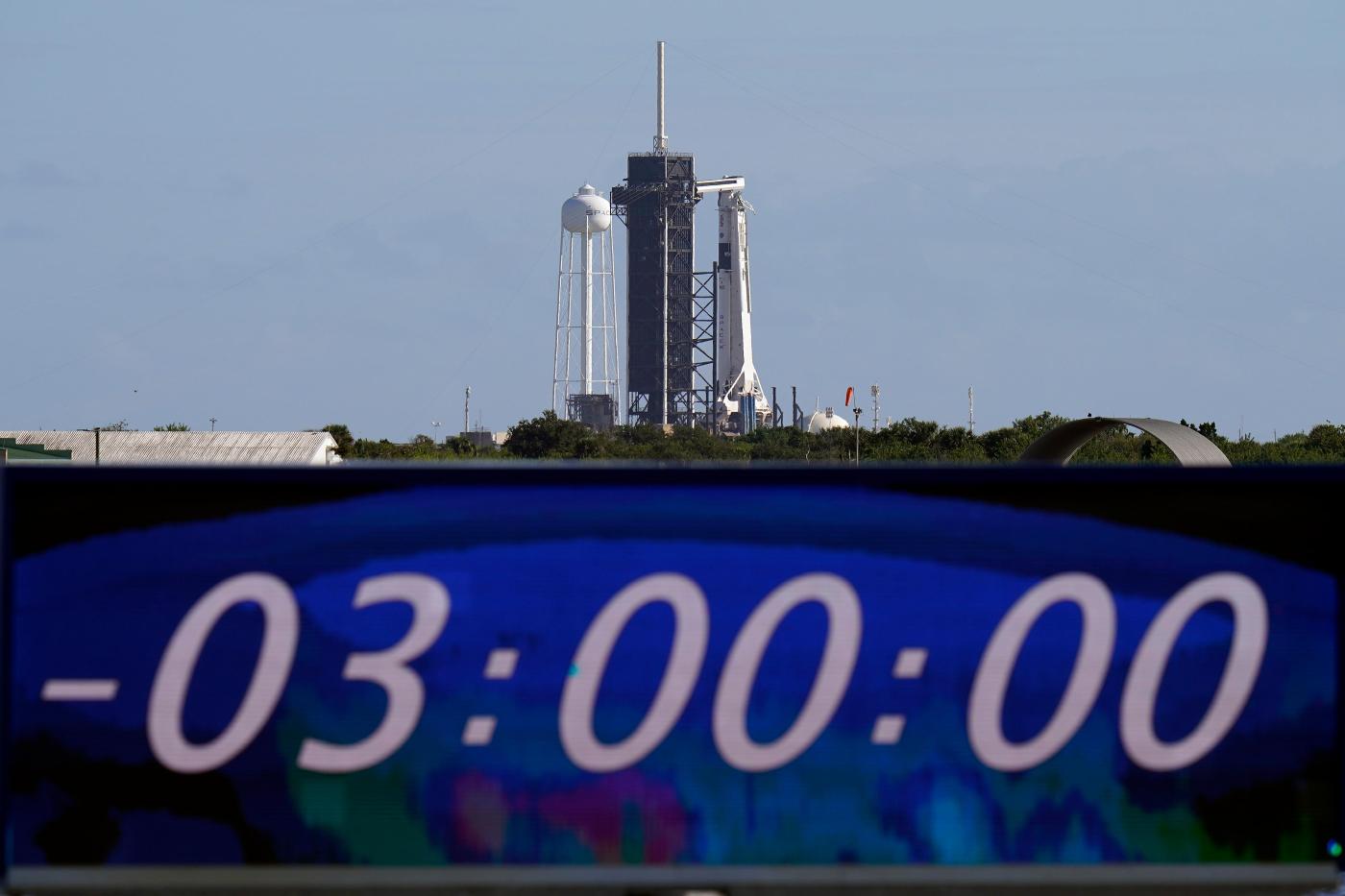 CAPE CANAVERAL, Fla. (AP) — Four astronauts climbed aboard a SpaceX rocket Sunday for a night ride to the International Space Station, although the prospects of good weather were just 50-50 and the company’s leader was sidelined by COVID-19.

Vice President Mike Pence was expected at NASA’s Kennedy Space Center for the long-awaited start of regular crew rotations aboard privately owned and operated capsules. It also marked only the second time in nearly a decade that astronauts were set to rocket into orbit from the U.S.

“Game day!” NASA astronaut Mike Hopkins, the crew commander, tweeted before suiting up and heading to the launch pad in a Tesla Model X. The astronauts’ flashy white suits with black trim matched their rides, made by Elon Musk’s two main companies: SpaceX and Tesla.

Once seated in the Teslas, the astronauts exchanged high-fives and hand embraces with their children and spouses, who huddled at the open car windows for a farewell. The families quarantined with them in recent weeks, allowing the up-close encounter.

Musk — who disclosed on the eve of the launch that he “most likely” has a moderate case of coronavirus, despite mixed results — was replaced in his official duties at Kennedy by SpaceX President Gwynne Shotwell. She joined NASA Administrator Jim Bridenstine for last-minute remarks and photos with the astronauts.

NASA policy is that anyone testing positive for the virus to quarantine and remain isolated. Officials stressed the rules applied to everyone, Musk included.

Musk remained upbeat. “Astronaut launch today!” he tweeted earlier Sunday, adding that he had symptoms last week of a minor cold but currently felt “pretty normal.” Representatives for the California-based SpaceX didn’t respond to queries about his whereabouts.

“Thanks, Elon! We are ready to serve,” replied veteran Japanese astronaut Soichi Noguchi.

The launch of Noguchi and three Americans — all but one of them former space station residents — comes just three months after a pair of NASA test pilots successfully concluded SpaceX’s first occupied flight of a Dragon crew capsule.

The crew led by Hopkins, an Air Force colonel, includes physicist Shannon Walker and Navy Cmdr. and rookie astronaut Victor Glover, who will be the first Black astronaut to spend an extended period aboard the space station — a full five to six months. Noguchi will become only the third person to rocket into orbit aboard three different kinds of spacecraft.

They named their capsule Resilience given all the challenges in 2020, most notably the global pandemic.

The 50-50 forecast focused only on the local weather for the planned 7:27 p.m. liftoff, not the wind or sea conditions all the way up the East Coast or across the North Atlantic to Ireland. The wind and waves need to be within limits in case something goes wrong during the launch and the capsule needs to make an emergency splashdown.

Rough seas prompted SpaceX to bump the launch by a day in order for its booster-landing platform to reach its proper position in the Atlantic. The company plans to reuse the first-stage booster for its next …read more