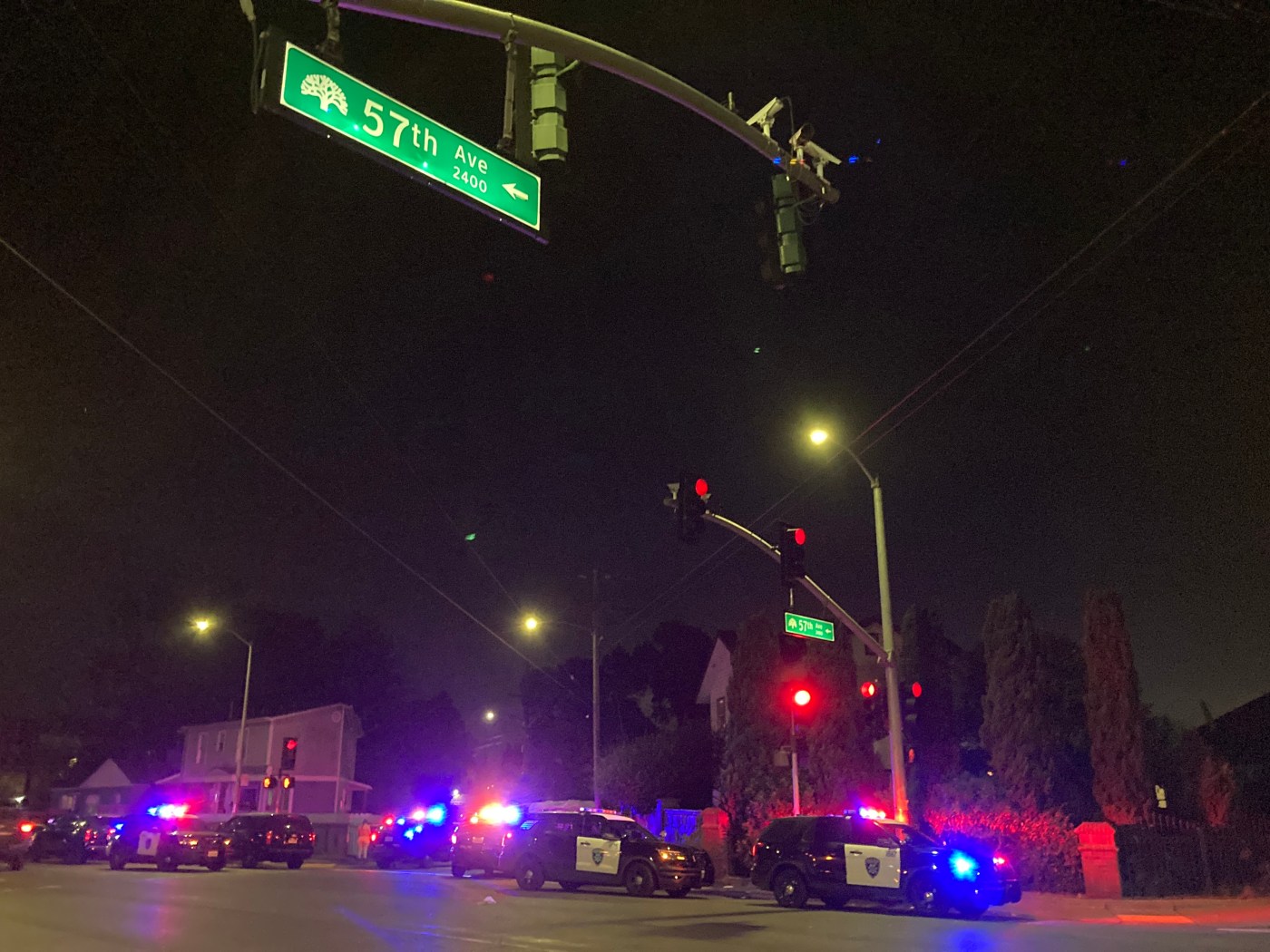 OAKLAND — Police were at the scene of an injury shooting in an East Oakland neighborhood Wednesday night.

Just before 8:40 p.m., police responded to reports of ShotSpotter activity near the 5700 block of Trask Street in the city’s Seminary neighborhood.

When officers arrived, they found a man in a vehicle suffering from at least one gunshot wound and began working to provide life-saving care.

The man’s condition was not immediately available late Monday.

Other officers arrived and worked to confirm reports of a possible second victim, while others blocked off traffic at Seminary Avenue and Trask Street.

SHARES
ShareTweet
Ask Amy: Should I let my wife think this is my reason for leaving her?