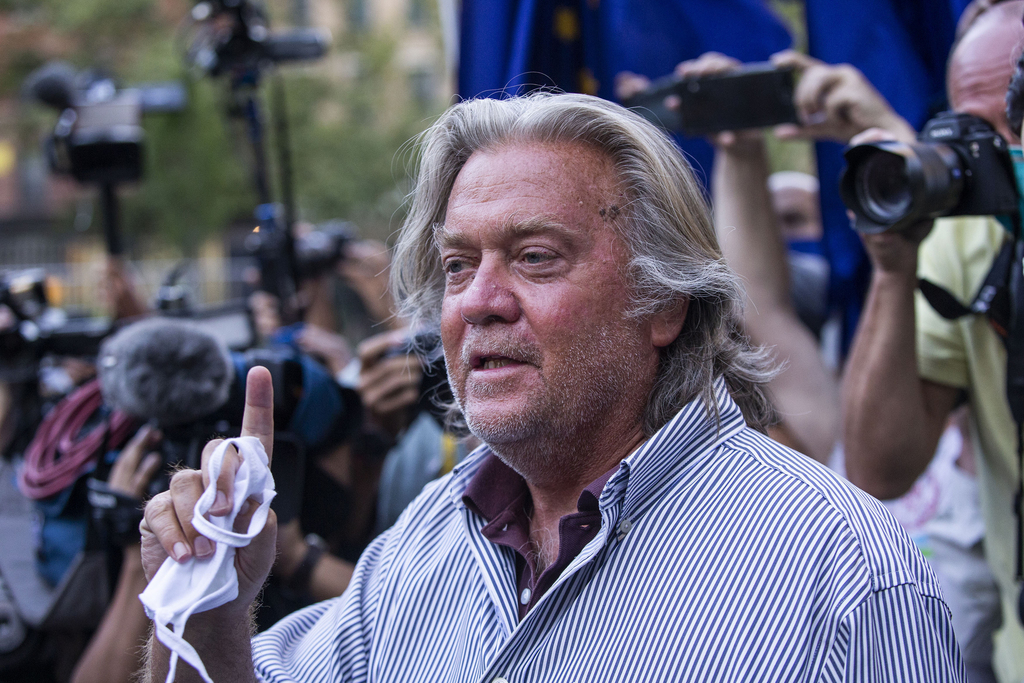 WASHINGTON — A congressional committee investigating the Jan. 6 insurrection could soon recommend criminal contempt charges against former White House aide Steve Bannon as he defies a subpoena for documents and testimony about his interactions with President Donald Trump ahead of the violent siege of the Capitol.

The committee scheduled a Thursday deposition with Bannon, but his lawyer has said that at Trump’s direction he won’t appear. A second witness called for a deposition Thursday, former Defense Department official Kashyap Patel, also will not appear, according to two people familiar with the confidential negotiations who were granted anonymity to discuss them. But Patel is still engaging with the committee, the people said.

Two other aides who worked for Trump — former White House chief of staff Mark Meadows and longtime Trump social media director Dan Scavino — are scheduled for depositions Friday. It is unclear whether they will appear. Like Patel, Meadows is speaking with the committee.

Bannon’s testimony is just one facet of an escalating congressional inquiry, with 19 subpoenas issued so far and thousands of pages of documents flowing in. But his defiance is a crucial moment for the committee, whose members are vowing to restore the binding force of congressional subpoenas after they were routinely flouted during Trump’s time in office.

Members of the committee have threatened to pursue criminal contempt charges against subpoenaed witnesses who refuse to comply. A House vote would send those charges to the Justice Department, which would then decide whether to prosecute. But that process could take months, if not years, even if the department decides to pursue charges. And such contempt cases are notoriously difficult to win.

Police in Southern California shoot man in stolen SUV he drove at them, authorities say

Still, other witnesses are cooperating, including some who organized or staffed the Trump rally on the Ellipse behind the White House that preceded the violent riot. The committee subpoenaed 11 rally organizers and gave them a Wednesday deadline to turn over documents and records. They have also been asked to appear at scheduled depositions.

Among those responding was Lyndon Brentnall, whose firm was hired to provide Ellipse event security that day. “All the documents and communications requested by the subpoena were handed in,” he told The Associated Press.

Brentnall had previously said, “As far as we’re concerned, we ran security at a legally permitted event run in conjunction with the U.S. Secret Service and the Park Police.”

Powers, who served as the Trump reelection campaign’s director of operations, intends to provide the requested documentation and to meet with the committee — though it remains unclear what form such meetings will take, according to a person familiar with her response who spoke on condition of anonymity.

It remains unclear whether the others who were subpoenaed …read more