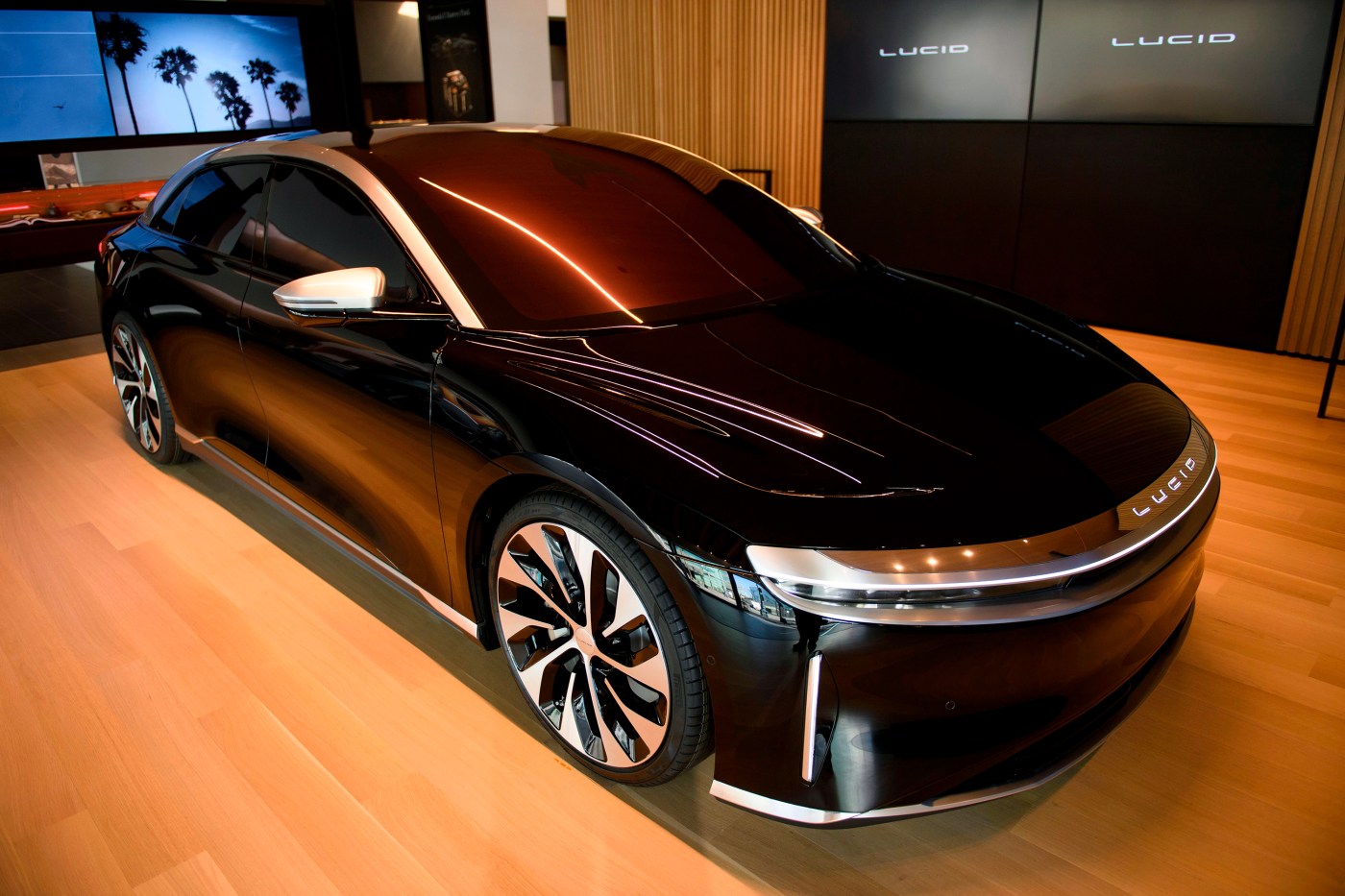 Lucid Group Inc. said its debut battery-electric vehicle will be the first production car in the U.S. to include a purpose-built laser sensor, or lidar, enabling a broad range of advanced driver-assistance features.

The system of cameras, radar and lidar — called DreamDrive Pro — will make Lucid’s Air sedan capable of self-parking, give it an assistant for freeway driving and another for moving at low speed in traffic. The vehicle’s cabin includes an infrared camera that tracks head position, gaze and blinking and pressure sensors on the wheel to detect whether a driver is incapacitated and, in an emergency, bring the vehicle to a complete stop.

Newark, California-based Lucid will provide the system as standard in the debut versions of the sedan. The Air Dream Edition has a sticker price of $169,000 and the Grand Touring model costs $139,000. Customer deliveries of both are due to start this year. The company’s announcement Tuesday didn’t include pricing or details of the specifications for its planned mass-market models.

Automakers have been putting increased emphasis on sensors and corresponding software to improve vehicle safety while boosting their bottom line with higher-margin software revenue. These technologies also serve as a stepping stone to autonomous driving. General Motors Co. plans to offer a hands-free driving system on most future models. Volvo Car AB will use Luminar Techhnologies Inc. lidar in a sport utility vehicle next year — a prelude to letting motorists tune out while cruising down the highway.

But the industry is split on the best technology to use.

Sponsored: Green Rides: Solid-State Batteries Might Be Just Around the Corner

Tesla’s ‘full self-driving’ could be days away. Here’s what you need to know.

Rivian is no Tesla. That’s exactly what these buyers want

Tesla Inc., the market leader in electric vehicles, also offers advanced driver-assistance features and is working on a full self-driving software update that will rely solely on camera technology. Chief Executive Officer Elon Musk has branded other sensors as “crutches” in the pursuit of fully autonomous driving systems. Fatal crashes involving Tesla’s technology have drawn the attention of regulators and lawmakers, however.

“As more advanced driving features are added it will become increasingly important to make sure drivers are alert, especially when the vehicle is assisting driving and not in full ownership of driving functionality,” BloombergNEF analyst Andrew Grant said. “The premium-priced vehicles have better margins, so there is room for manufacturers to add in lidar and still make …read more