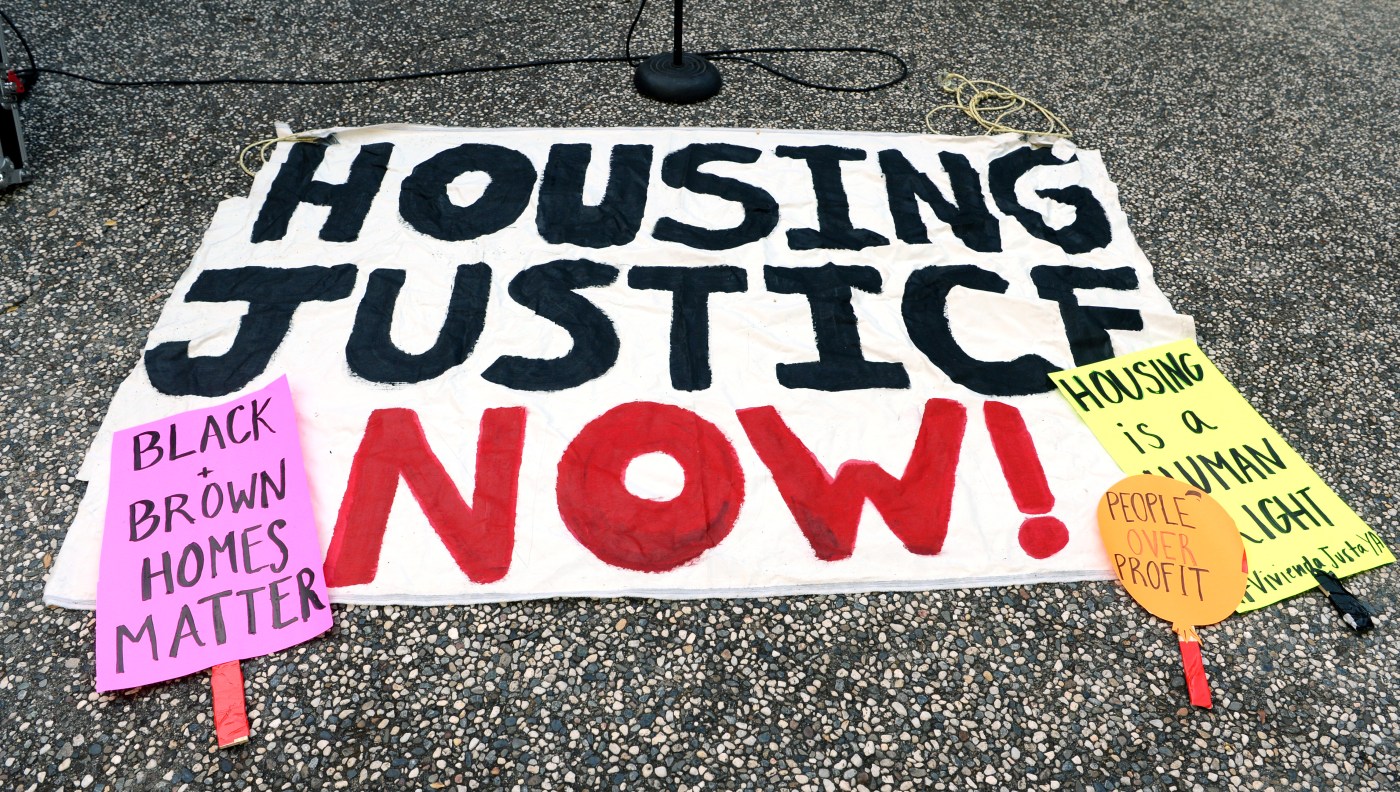 Stubborn unemployment, a lengthening health crisis and California’s high housing costs are putting unsustainable pressure on the state’s most vulnerable homeowners and renters.

More than 1 in 5 California residents surveyed said they lacked confidence they would be able to make rent or mortgage last month, according to new research by the UC Berkeley Terner Center for Housing Innovation.

Half the renters in San Francisco and the East Bay said in an August U.S. Census survey that they had lost income during the pandemic, with about 1 in 10 of all renters and homeowners falling behind on payments — a blow felt hardest in Black, Latinx and Asian communities.

“It paints a really compelling picture about how broad-based the pandemic has hit,” said Carolina Reid of the Terner Center for Housing Innovation. In particular, renters are feeling growing anxiety about making their monthly payments.

A separate study by San Jose-based nonprofit Healing Grove Health Center estimates $117 million in unpaid rent has accumulated among the poorest community members in Santa Clara County between March and October. Nearly 15,000 households in the county are at imminent risk of homelessness when eviction protections expire in February, the study found.

As the coronavirus pandemic has stretched into an eighth month, tenants and landlords are increasingly concerned about the prospect of widespread damage from a wave of evictions and foreclosures that could leave vulnerable tenants homeless and financially ruin small landlords.

The end of eviction protections will clear the way for landlords to start removing tenants who haven’t paid at least a portion of their rents between September and January. Renter advocates worry many tenants will simply leave their apartments without seeking legal aid or understanding their rights.

The scope of financial hardship is widespread among the working poor, according to researchers. Roughly half of the households in the state — and 55 percent of renters — report losing income since shelter-in-place orders began in March.

The accumulation of back rent makes it unlikely that struggling renters will ever be able to make up their payments without aid. Nearly 40 percent of renters and homeowners who missed a housing payment have turned to credit cards or loans to pay expenses, according to the research.

Minority communities make up majority of households missing rent during the pandemic in the San Francisco and Oakland metro area: Roughly 21 percent of delinquencies are occurring among Hispanic renters, followed by Asian families (13 percent), and Black (10 percent) and White households (9 percent), according to the research.

“At some point, these eviction moratoria are going to run out,” Reid said. Any resulting evictions could lead to a domino effect, with tenants on the street and small landlords forced into …read more