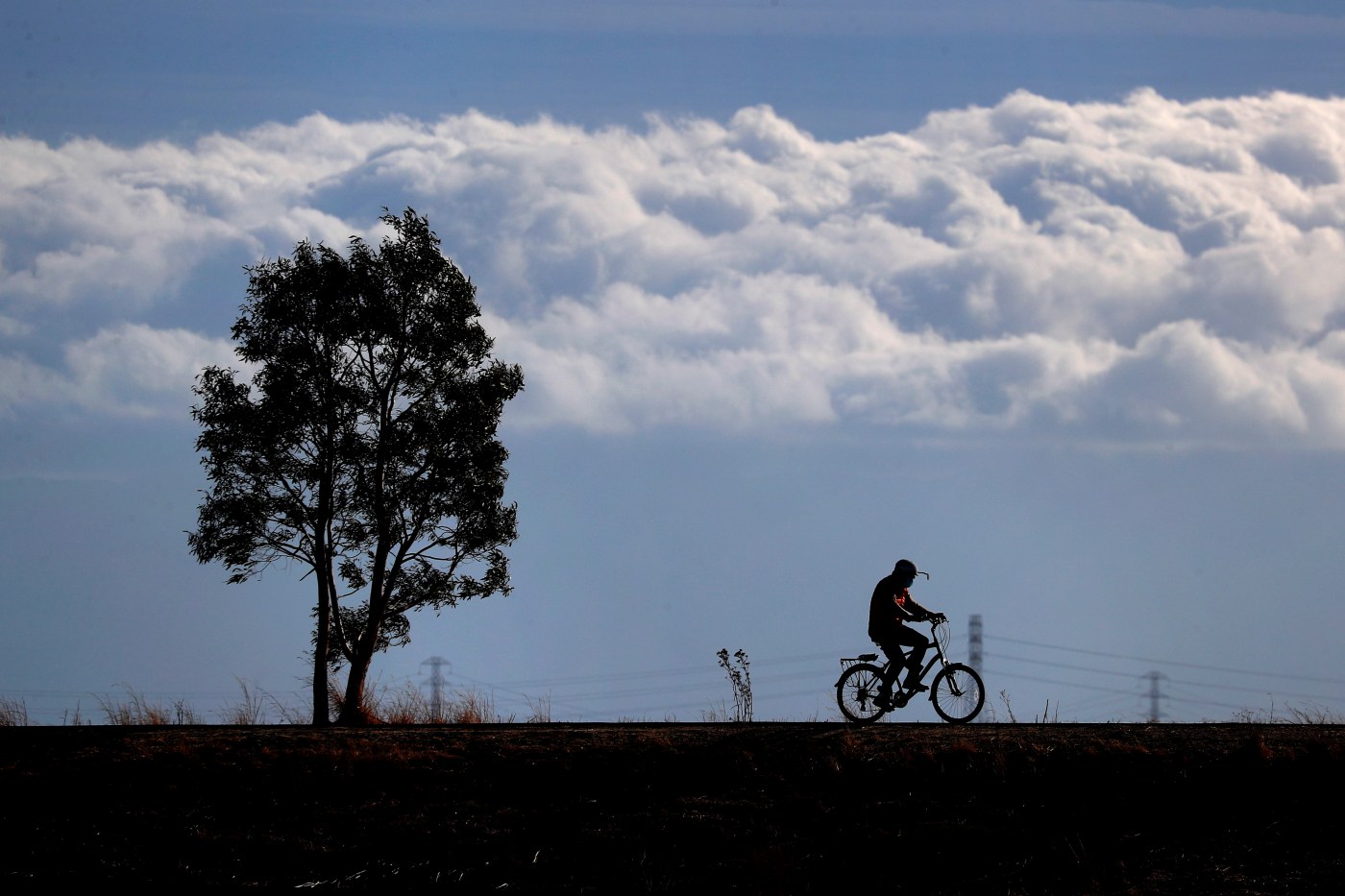 A cold front spreading wetter, windier weather took its time traveling into the San Francisco Bay Area on Tuesday, the National Weather Service said, but cooler conditions were expected to linger into the weekend.

“(The storm is) about three hours behind schedule. It was a little late waking up this morning,” meteorologist Steve Anderson said Tuesday afternoon. “The front is just now passing through Sonoma County, and should swing through the heart of the Bay Area in the next few hours.”

Although factors leading to the delay were still under consideration, Anderson said once the front moved onto land, it should move east toward the Sierra and south through the Central Coast as expected.

He said the weather service expects rainfail amounts of a quarter-inch to half-inch across the Bay Area and between three-quarters to an inch in the North Bay mountains.

In the storm’s wake, residents can expect occasionally gusty south winds that may pose trouble for high-profile vehicles in mountains, hills and bridges, and scattered light showers through Tuesday night and into Wednesday morning.

After showers end Wednesday afternoon, cooler temperatures are forecast with highs in the low to mid-sixties through the rest of the week and lows dipping into the upper 30s in the inland East Bay.

“We’re not expecting frost warnings,” Anderson said. “A lot of the cold air is still in the Pacific Northwest, and not getting down this far yet.”

Anderson noted that rains so far were not shaping up to be the hoped-for fire-season ender, as state firefighters were battling two fires in Lassen County far to the north of the Bay Area: “Things are still burning, even though it’s still raining, because grasses are still so dry.”

Winter weather: After fire and ash, Shaver Lake and Yosemite get first snowfall

Air quality around the Bay Area is expected to remain in the good range for its eastern and south-central zones throughout the week.