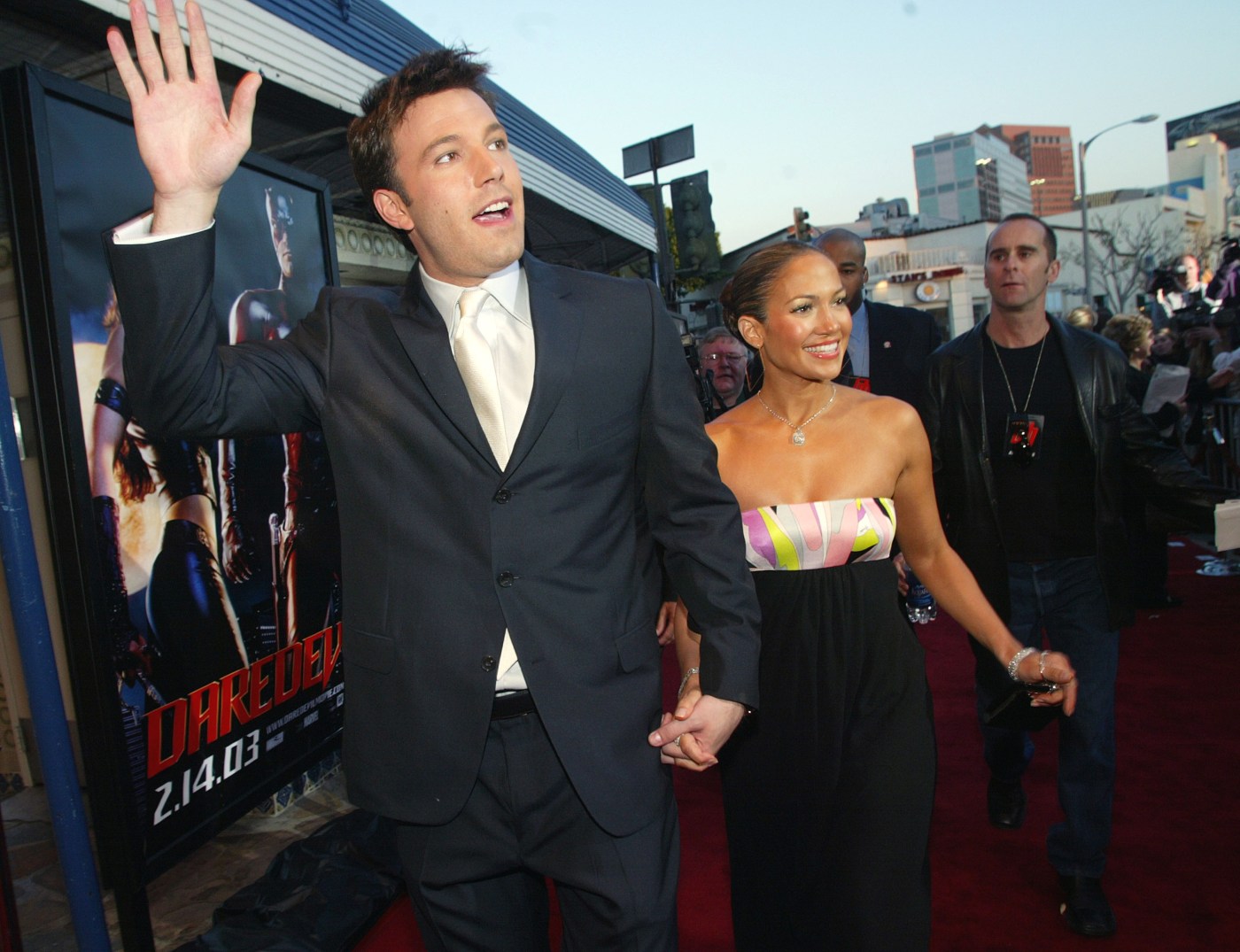 It’s a fact of life for Ben Affleck and Jennifer Garner’s three children: When their parents pick them up from school, take them out for ice cream or attend one of their soccer games, they have to expect their family to be followed by paparazzi.

The swarm intensifies when gossip sites are reporting on news about Affleck’s personal life, such as reports this past week that he has been “hanging out” with his famous ex-fiancee, Jennifer Lopez, after her high-profile split from Alex Rodriguez.

Indeed, the “paps” caught up with co-parenting ex-spouses, Affleck, 48, and Garner, 49, on Saturday when they accompanied their 9-year-old son Samuel to swim practice. Things got tense when one of the photographers yelled out to Affleck, “Are the rumors about J. Lo true?”

The “Batman” star broke his usual cool around the “paps,” according to video of the situation. Affleck, who was wearing a black mask, said nothing but tossed his lemony drink in the photographer’s direction.

Affleck had just walked Samuel away from the pool, and bundled the boy into the SUV when the photographer confronted the actor near the driver’s side of the vehicle. The actor’s usual attitude around the photographers, who have been following him and his family around Los Angeles the past few years, appears to be to act as though they don’t exist.

It’s likely he has advised his children, Samuel and sisters, Violet, 15, and Seraphina, 12, to also ignore them. Garner, however, recently told the Hollywood Reporter that the constant paparazzi swarm and press intrusion has “put so much anxiety in our little family.” She described how she never felt comfortable going on beach outings with her children, and said Violet once described the “scary” men who would chase her family and  “knock each other over” to try and get their photos.

The incident outside the pool comes as gossip sites are pushing the idea that Affleck might be reconciling with Lopez, ushering in a new era of “Bennifer” — the hybrid Hollywood name attached to Affleck and Lopez when they were one of America’s most talked-about celebrity couples in the first part of the 21st century.

Page Six reported that Affleck and Lopez had been “spending time together in Los Angeles” since her split from former New York Yankees player Rodriguez. Page Six said that Affleck had been spotted multiple times being picked up in a white Escalade SUV, which allegedly belongs to Lopez, and then being taken to her mansion.

A source told Page Six: “Security picks him up at a nearby location and drops him off after spending a few hours at her house.”

But an “insider” told Page Six and People that Affleck and Lopez “are just friends.” The source added: “They’ve never not been.”

Affleck and Lopez were both rising film superstars when they met while making the film “Gigli” in 2002. After Lopez divorced her second husband, Cris …read more