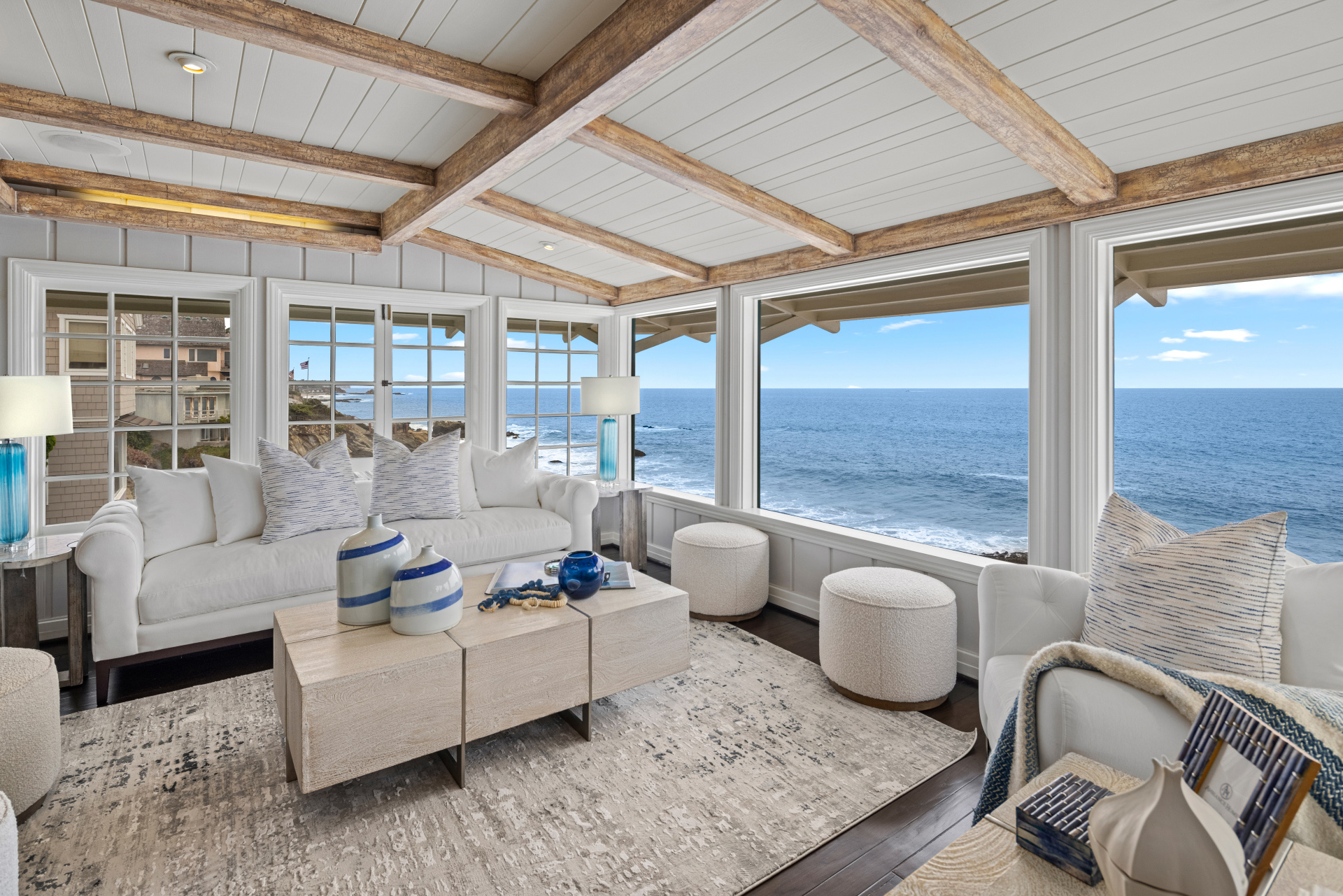 A view of Woods Cove. (Photo by Modern Take)

A blufftop Laguna Beach home once owned by the late Oscar-winning actress Bette Davis is for sale at $19.995 million.

Interior features include an upstairs master suite with an interior Juliet balcony overlooking the great room, a “Lookout Room,” family room, and a breakfast nook in the updated kitchen.

There’s also a separate guest house with two ensuite rooms, one within its own self-contained apartment.

Stairs lead down to the beach.

According to a 2009 article in Laguna Beach Magazine, the screen legend lived in the Aubrey St. Clair-designed house with her third husband, William Grant Sherry, and their infant daughter, Barbara, from 1947 to 1950.

Photos: Menlo Park home with garage where YouTube was created listed for $5.7 million

The house originally belonged to newspaper tycoon Charles Prisk, owner of the Pasadena Star-News and Long Beach Press-Telegram at the time.

Prisk commissioned it as his summer home and branded it with a large letter “P” on the chimney exterior.

When Davis took over the title, she replaced it with a “D.” The letter is still visible from the oceanside of the house, which is listed on the Laguna Beach historic registry.