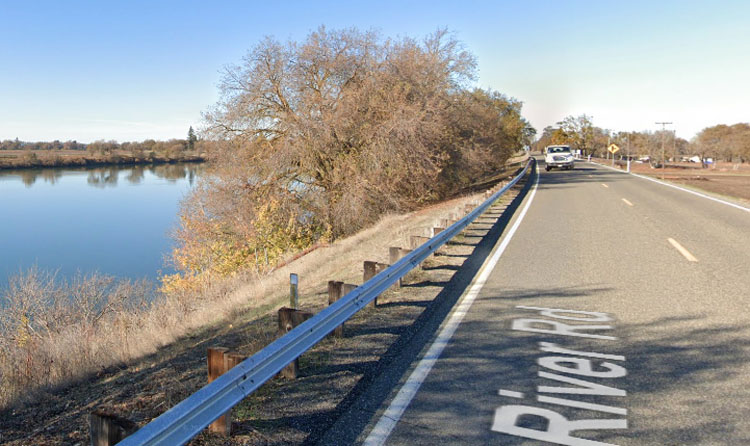 The wreckage of a fatal crash was discovered by a Saturday morning bicyclist along a rural Delta road, the California Highway Patrol said.

The cyclist called 911 around 9:20 a.m. to report an overturned SUV on the levee off River Road (Highway 160) just south of the community of Clarksburg.

Officers who responded to the scene found that the SUV’s single occupant was dead.

Her name has not been released. The CHP identified her as a 24-year-old Rancho Cordova woman.

Investigators believe the driver had been northbound on the two-lane River Road when she swerved to the left and hit the guardrail. The SUV — a 2003 Dodge Durango — overturned onto the tree-lined bank of the Sacramento River.

They are trying to determine when the crash occurred. The responding officers noted that the engine was cool when they arrived.

The investigation closed the highway until 1 p.m. Saturday.

Man dies in solo I-580 crash near Tracy

Report: Driver in Central California crash that killed 9, including seven children, was drunk