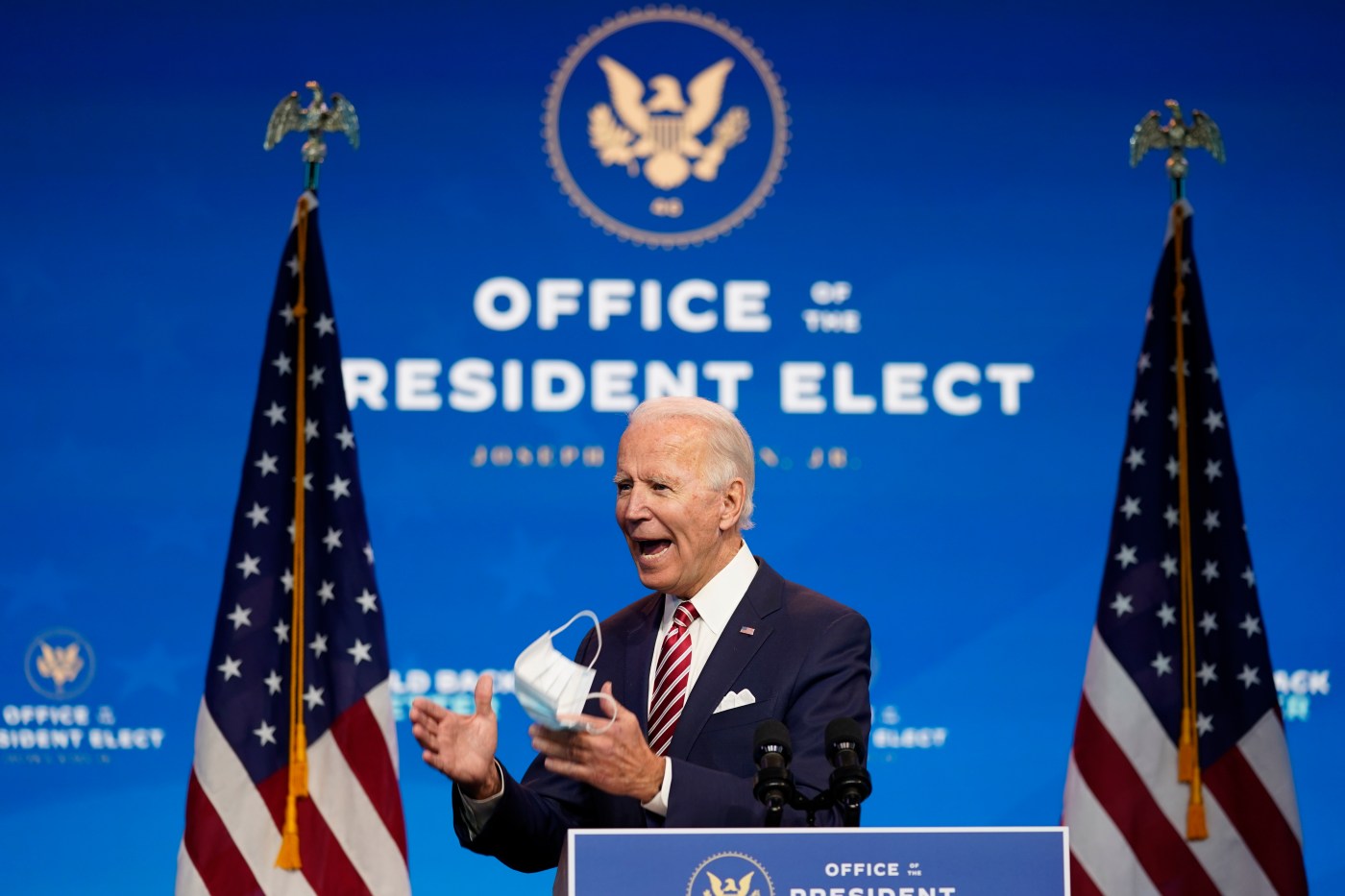 WILMINGTON, Del. — President-elect Joe Biden on Monday warned of dire consequences if President Donald Trump and his administration continue to refuse to coordinate with his transition team on the coronavirus pandemic and block briefings on national security, policy issues and vaccine plans.

The remarks marked Biden’s toughest comments to date on Trump’s failure to acknowledge his election loss and cooperate with the incoming administration for a peaceful transfer of power.

“More people may die if we don’t coordinate,” Biden told reporters during a news conference in Wilmington, Delaware.

Biden and his aides have emphasized the importance of being briefed on White House efforts to control the pandemic and distribute prospective vaccines. The Trump administration is working on its own distribution plan, while Biden’s chief of staff indicated his transition team will proceed with their own planning separately because of the obstruction.

Biden called the vaccine distribution a “huge, huge undertaking,” and said that if his team has to wait until he takes office to dig into the government’s distribution plan, they’ll be “behind, over a month, month and a half.”

“So it’s important that it be done, that there be coordination now, now, as rapidly as we can get that done,” he said.

Before taking questions, the Democrat outlined his plans to alleviate inequality and boost the U.S. economy but said that any structural reforms depended first on reining in the pandemic and delivering more immediate relief.

“Once we shut down the virus and deliver economic relief to workers and businesses, then we can start to build back better than before,” he said.

12 holiday TV must-sees: When Rudolph, Grinch and others return

Biden has vowed to spend trillions of dollars to reinvigorate U.S. manufacturing, expand health care coverage and combat climate change, among other priorities. But his chief priority remains controlling the pandemic, which is surging to record levels and forcing state and local leaders to implement new rounds of restrictions on local businesses.

The president-elect has so far tried to sidestep difficult questions about whether he might support a short-term national lockdown to arrest the surge of coronavirus cases. Since defeating Trump, Biden has devoted most of his public remarks to encouraging Americans to wear masks and embrace social distancing measures.

But members of his coronavirus advisory board have been more specific. One member, Dr. Michael Osterholm, recently suggested a four- to six-week national lockdown with financial aid for Americans whose livelihoods would be affected. He later walked back the remarks and was rebutted by two other members of the panel who said a widespread lockdown shouldn’t be under consideration.

Speaking Monday on “CBS This Morning,” Osterholm was not asked about a potential lockdown, but he said the nation needs “a standard set of principles.”