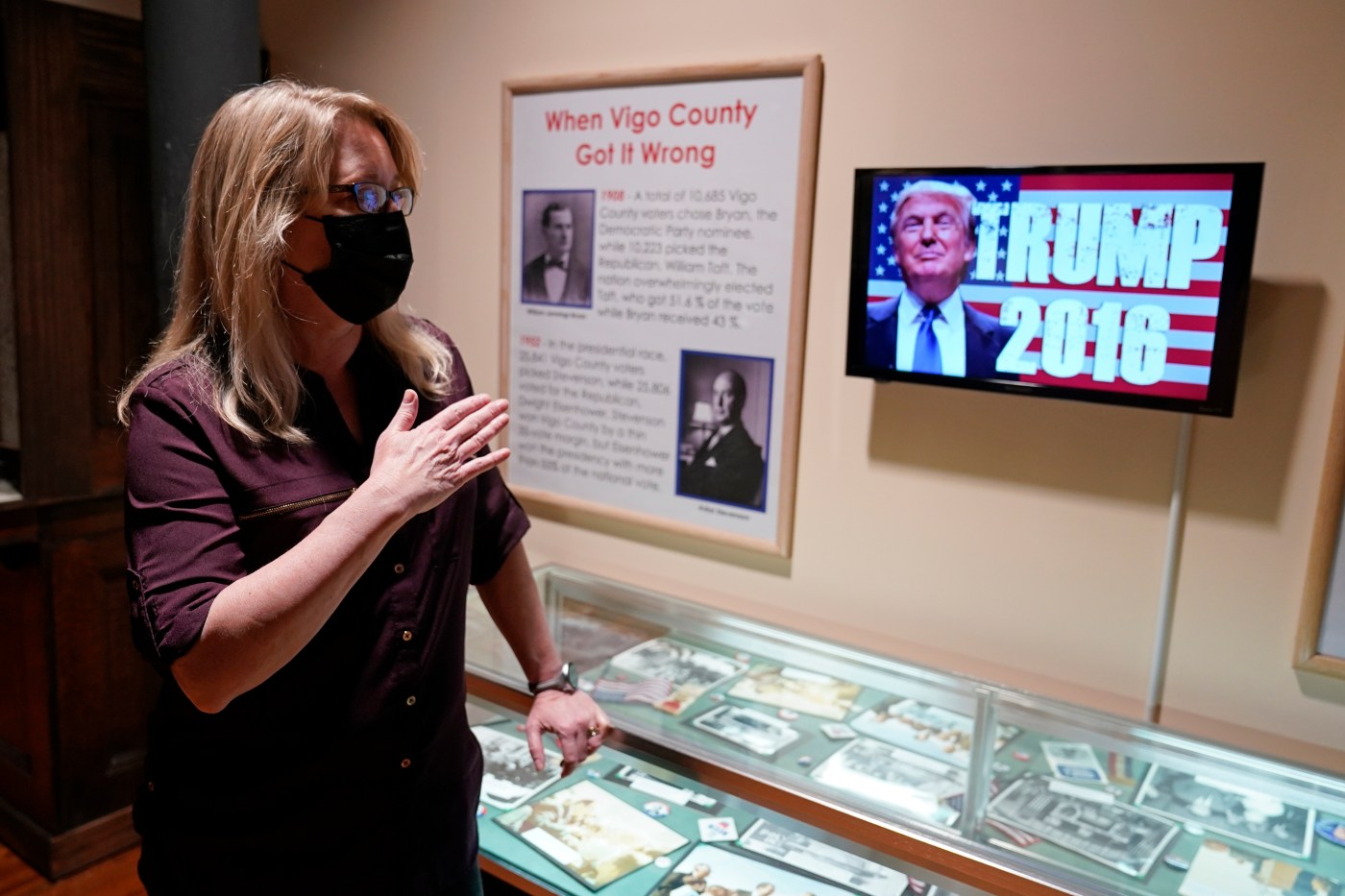 TERRE HAUTE, Ind. — A glass case in the history museum on the main street through this city celebrates its curious place in American lore: There’s a photo of John F. Kennedy Jr. on the courthouse steps, and Richard Nixon at Terre Haute’s little airport. A newsreel playing on a loop describes it as “magic town.”

Vigo County, with about 107,000 people on the western edge of Indiana, long had some mysterious mix of quirky politics, demographics, geography, religion, labor and luck so that it had become America’s most reliable presidential bellwether.

Since 1888, this exhibit boasts, the county voted in line with the nation in every presidential election but two. It missed in 1908 and 1952, then remained a perfect predictor of the U.S. mood, a rare place to toggle between Republicans and Democrats in harmony with America.

“That’s wrong now. We’re going to have to change that poster,” said Susan Tingley, the executive director of the museum, which is in an old overalls factory that closed long ago, like most of the local factories.

Vigo County’s most recent winning streak ended this year, as it did for nearly all the country’s reliable bellwethers, most of them blue-collar, overwhelmingly white communities in the Rust Belt. Of the 19 counties that had a perfect record between 1980 and 2016, all but one voted to reelect President Donald Trump, who lost to Joe Biden in both the national popular vote and in nearly every battleground state.

The country’s tribalized politics seem to have finally reached these places that used to routinely swing from one party to the other. The only county that maintained its place as a bellwether is Clallam County, in Washington state.

Sunnyvale community briefs for the week of Dec. 4

The ones in the middle all crumbled, leaving many here wondering whether this was merely a Trump-fueled fluke or whether the country has cleaved itself so firmly into two opposing camps that these old political standard-bearers are obsolete. Is Vigo County just one more reliably red square in the red middle of America?

“It speaks to an evolution in American politics,” said David Niven, a political scientist at the University of Cincinnati who analyzed the state of Ohio’s fall from bellwether status this year.

Niven notes these bellwethers were born when political battle lines tended to be drawn more cleanly along economic lines. These middle-class communities were in the center and up for grabs. But as national politics become less about economics and more about culture wars and identity, Democrats have lost their grip in places such as Vigo County that are overwhelmingly white, he said.

Now the places emerging as possible new bellwethers have more racially diverse populations. Delaware’s Kent County last missed in 1992. Its population is 60% white and 27% Black. Blaine County in Montana, which last missed in 1988, is more than 50% Native American.

Vigo County doesn’t look much like America, and its place as its foremost presidential predictor relied on a certain degree of luck, said Matt Bergbower, a …read more