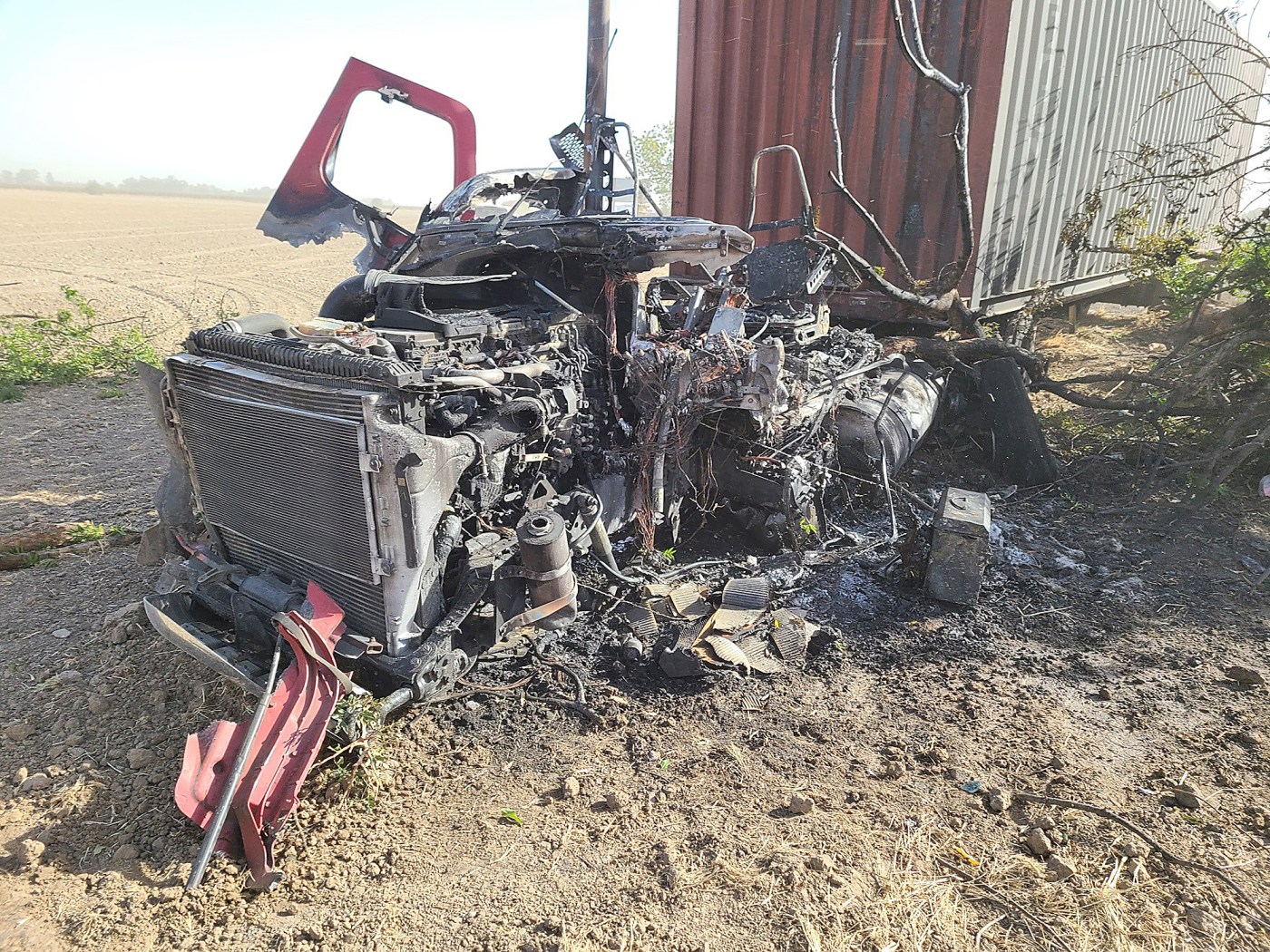 The driver of a semitractor-trailer on Monday morning traveled onto the right shoulder of westbound I-80 at Meridian Road in Vacaville, where he collided with a Caltrans tractor, causing the big-rig to catch fire afterward.

The truck driver, who was not identified, was uninjured in the 9 a.m. collision, and the Caltrans tractor driver, also not identified, suffered nonlife-threatening injuries. He was taken to a local hospital, California Highway Patrol officials reported Monday.

Vacaville firefighters responded to the scene and safely doused the fire.

Bolshoi Theatre performer killed in accident on stage during opera

Pipeline strike may have happened months before spill

The freeway’s slow lane was closed for about two hours while crews cleared the scene, and it fully reopened just after noontime, said Officer Dave Harvey, the public information officer for CHP-Solano.

The cause of the collision is still under investigation, he added.