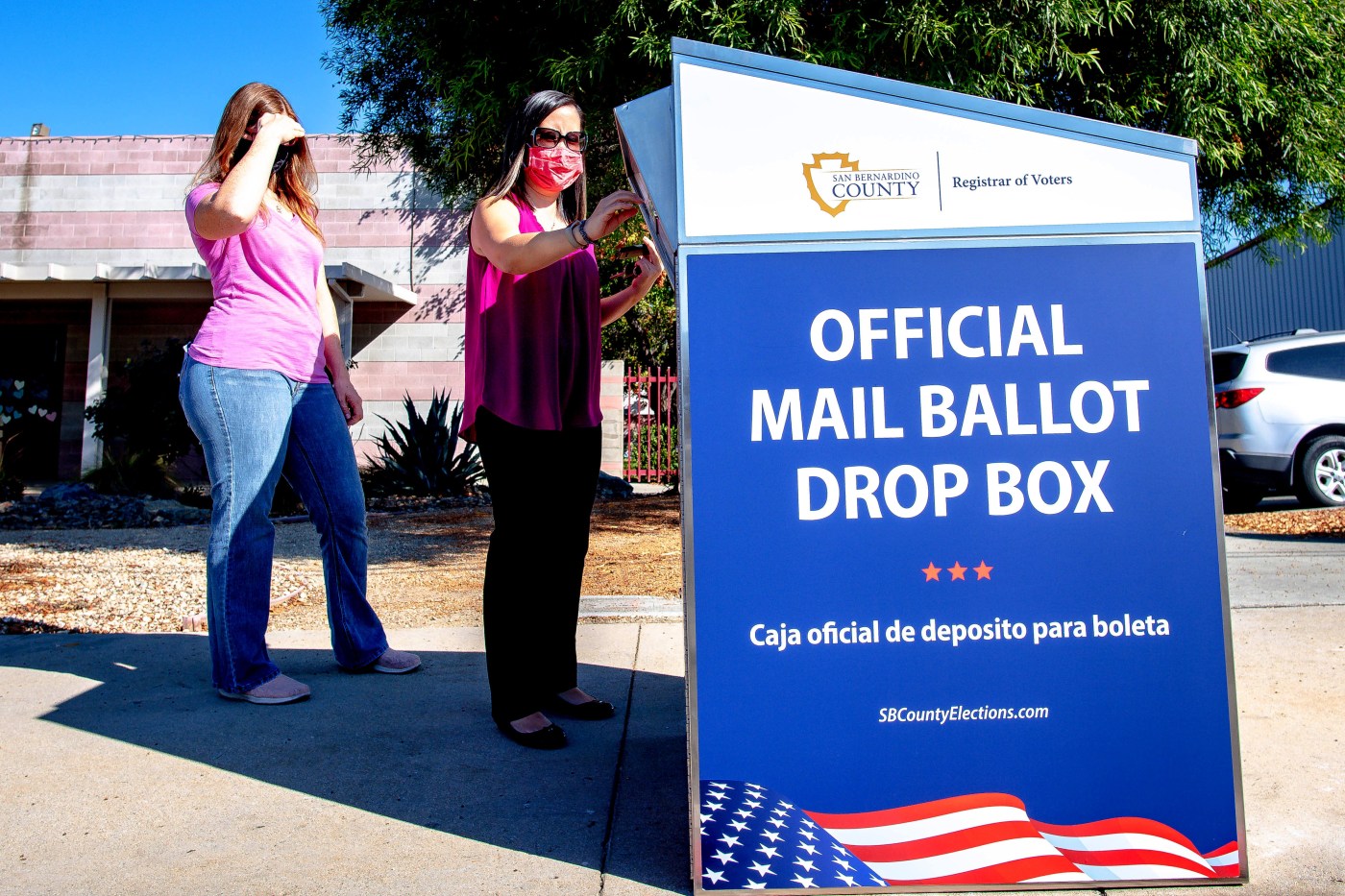 The California Republican party’s plan to distribute metal receptacles that it initially labeled as “official ballot drop off boxes” — which state authorities say is illegal — is much more widespread than previously reported.

While the Secretary of State’s office has said it is aware of such boxes appearing in Los Angeles, Orange and Fresno counties, state GOP spokesman Hector Barajas told the Register on Wednesday that they’ve distributed these boxes to “far more counties.” He declined to identify any locations or say how many total boxes they’ve purchased, only saying a report that pegged the number at “as many as 100” was too low. And the party confirmed it used an identical process to collect ballots during the primary election in March.

The state issued cease and desist notices Monday, giving officials with state and local Republican parties until Thursday to remove all unofficial ballot boxes. While Barajas said the controversy has prompted some groups hosting these boxes to ask for their removal, he said they’ve received more requests from others who want to get the drop boxes installed in their locations.

The California Republican Party sent a response to state officials Wednesday afternoon saying they plan to continue using the system to collect ballots, which they insist is legal under California’s ballot collection laws. But Barajas said they have agreed to stop labeling the boxes as “official,” which he called a “poor choice of wording.”

State and local authorities say it was more than just poor wording, though, with the Attorney General’s office, the Orange County District Attorney and other agencies investigating for potential felony violations of state election law that can carry up to four years in prison. And the Secretary of State told the Register that simply removing the “official” signs doesn’t satisfy the cease and desist notices.

The comments from Barajas came shortly after Democrats held a virtual press conference Wednesday morning in which they said they’re also ready to go to court over the unofficial drop boxes.

“What the Republicans did here is they set up illegal drop boxes, they fraudulently labeled them as ‘official’ and now, once they’ve been caught, they’re trying to take a half step back,” said Mark Elias, attorney for the Democratic Congressional Campaign Committee. “Even now, the chair of the party recognizes that that was wrong, and there needs to be consequences for that.”

A party attorney attributed the “official ballot drop off box” signs to an “overzealous volunteer” and said they were only on a “handful” of boxes for a short time. Bajaras said he couldn’t speak to the thinking of those involved with placing the “official” signs on boxes, so he couldn’t respond to questions about whether such labels were intended to deceive voters into thinking they were using a drop box installed and managed by county election officials.