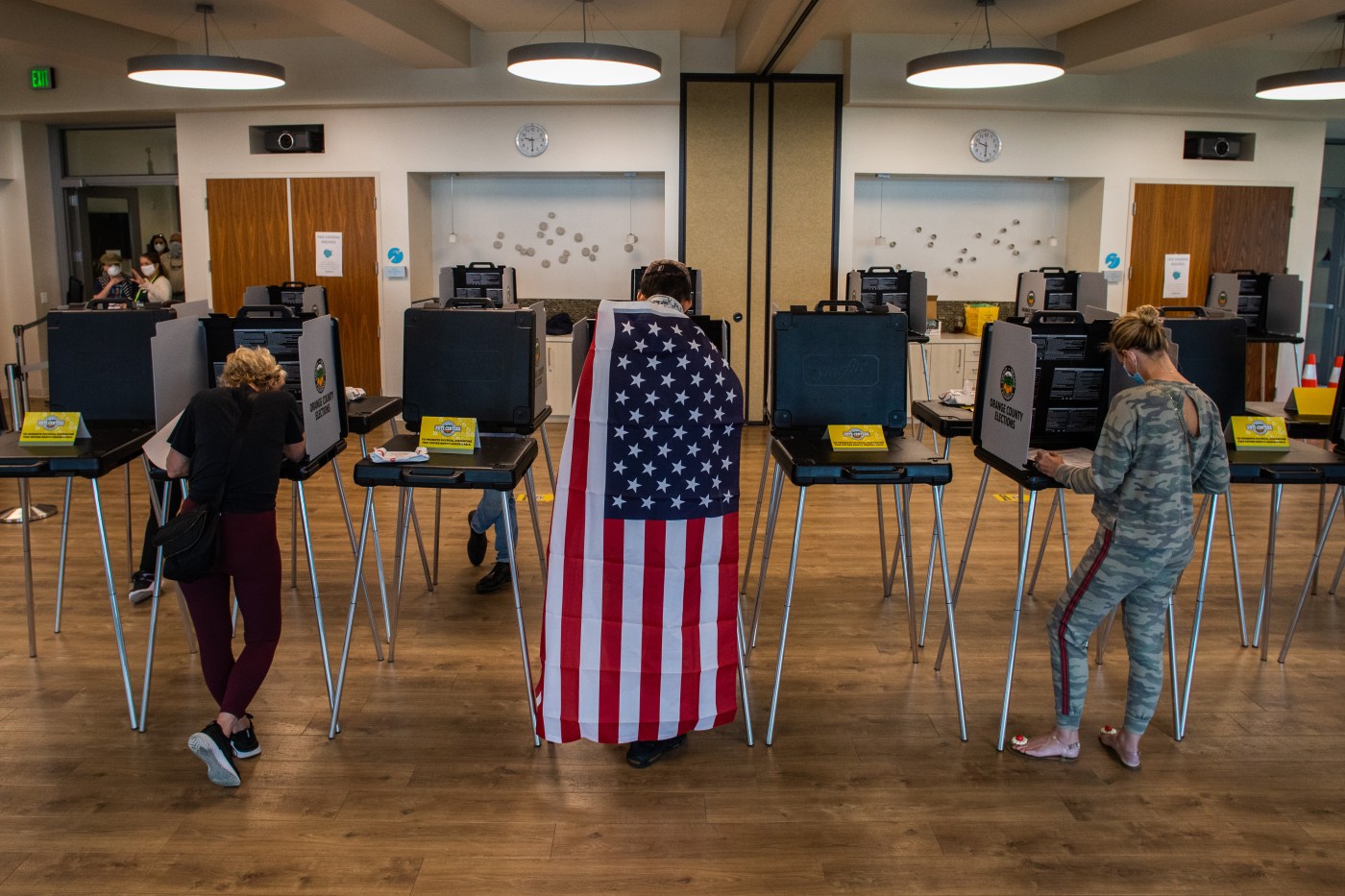 With ballots still being counted and tight races still to be called, California voters appear well on their way to shattering records for the sheer number of votes cast.

So many Californians voted this year that Joe Biden — who won here in a landslide — became the first presidential candidate in the state to ever top more than 10 million votes. President Donald Trump eclipsed 5.5 million votes — a million more than he received four years ago and more than any Republican ever in a state that’s home to Ronald Reagan.

The Golden State is on track to top 17.5 million voters for the November election — nearly 3 million more than the 2016 presidential election.

And it appears about 70% of those eligible to vote in the Golden State actually did, a turnout rate not seen since 1952, when 74% of eligible voters cast ballots and helped send Dwight Eisenhower to the White House.

But not everyone is so impressed with the turnout. In a year with a presidential race for the ages and the state making voting as easy as a trip to the mailbox by sending ballots to about 22 million registered voters because of the coronavirus, “I’m actually surprised it wasn’t higher,” said Melissa Michelson, a political science professor at Menlo College.

The 17.5-million ballot figure could go up slightly, since ballots can arrive by mail to election offices as late as Nov. 20 as long as they are postmarked Nov. 3 or earlier. And even if the number of ballots were to hold at 17.5 million, it would mean about 80% of the state’s registered voters weighed in, a figure not seen since Jimmy Carter won the presidency in 1976 after the Watergate scandal.

And already, 2020 eligible voter turnout is on pace to be among the highest in state history. But despite all the enthusiasm over Trump vs. Biden, turnout as a percentage of registered voters may only top the historic election of President Barack Obama by a whisker.

So why isn’t turnout that high now? Even with an easier voting process, some groups are less inclined to vote. Latinx and Asian Americans are less likely than White people to vote in California, according to the Public Policy Institute of California, and they make up a growing share of the state’s population. They are also more likely to be young, which is another group less likely to vote than older people.

And campaigns typically reach out to engaged, likely voters, which can further alienate already marginalized communities.

“The lack of outreach and mobilization are really important,” said Mindy Romero, director of the Center for Inclusive Democracy at …read more