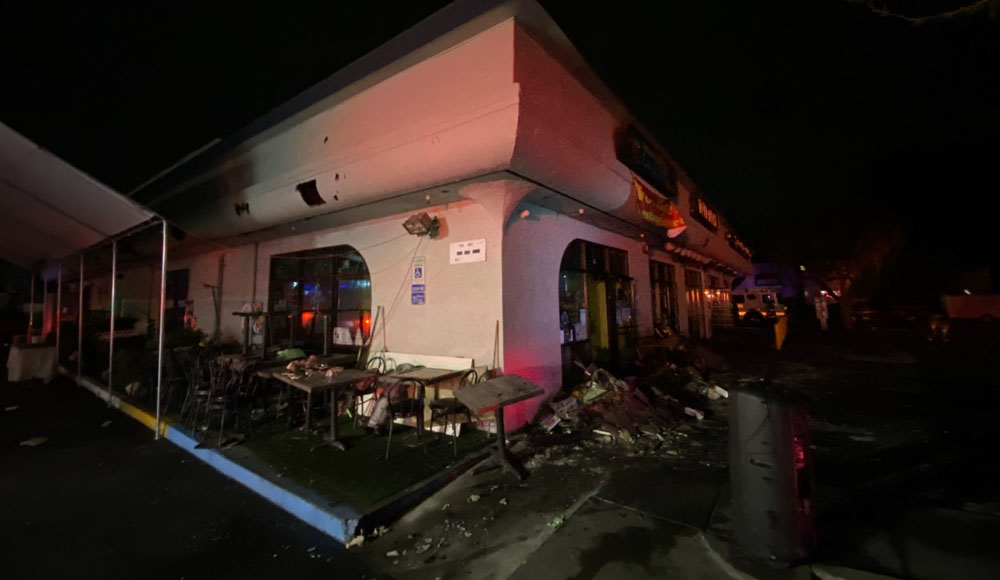 A Campbell restaurant was heavily damaged by a two-alarm fire on Monday evening, the Santa Clara County Fire Department said.

Firefighters were called at 5:48 p.m. to Taqueria La Jaiba, on Hamilton Avenue a block west of Winchester Boulevard. Arriving crews found the restaurant on fire and heavy smoke coming out the door.

The fire was controlled by 6:35 p.m. The restaurant suffered heavy smoke and fire damage. No injuries were reported.

A neighboring business had smoke and water damage, and all the other businesses in the building — a sushi restaurant, a convenience store and a coin-operated laundry — will remain closed until they are cleared by the building inspector, the fire agency said.

Body of firefighter found in rubble of NY care home

The cause of the fire is under investigation, but is not considered suspicious.