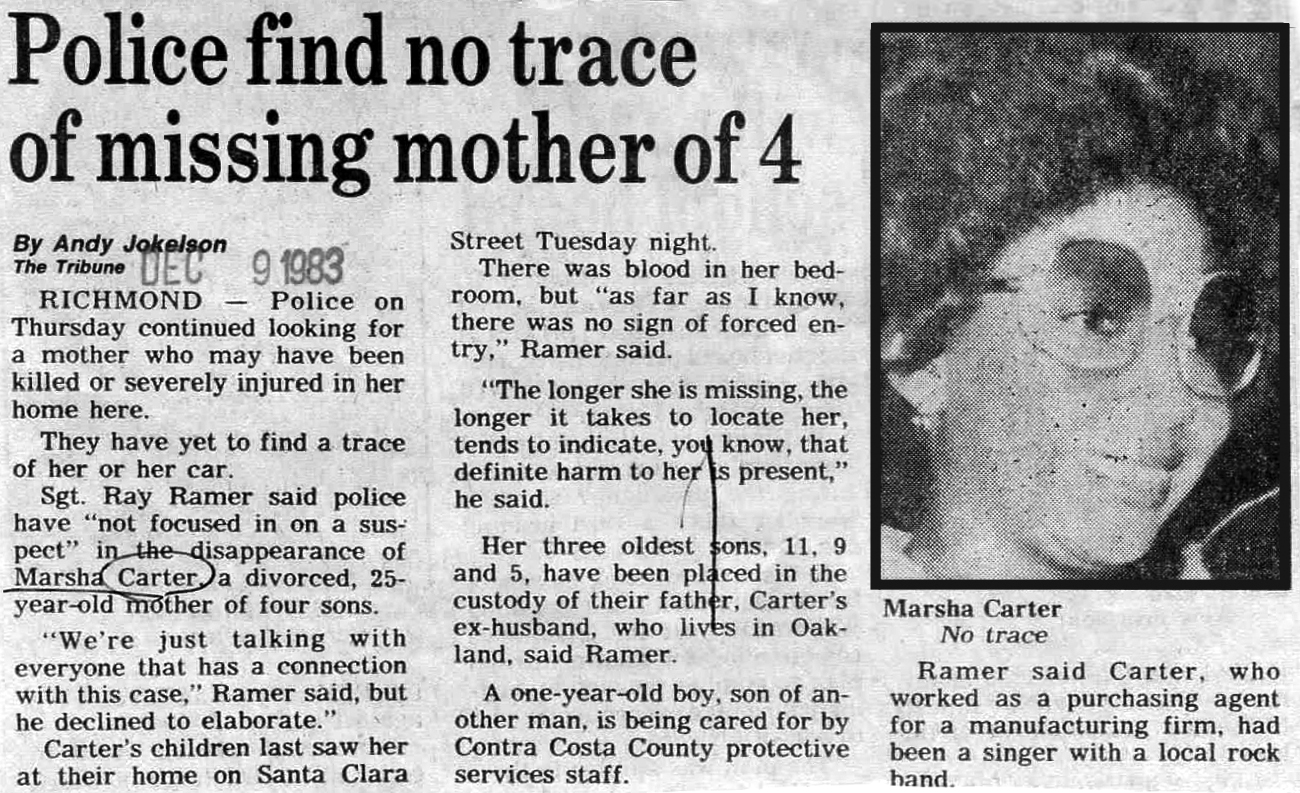 SAN FRANCISCO — An appeals court just overturned the murder conviction against a Granite Bay man who spent the better part of the past three years in state prison after being convicted of a 1983 Richmond homicide of his ex-girlfriend.

Sherill Smothers, 59, was convicted decades after the 1983 killing of Marsha Carter, a 25-year-old mother of four who was stabbed to death in her Richmond home where she and her sons lived. Justices with the First District Appellate Court wrote in their 61-page decision that Smothers’ attorney made mistakes based on his own “misconceptions,” which may have given a false impression about the state of DNA evidence.

It was a case that came with a bizarre, still-unexplained twist: while Smothers was tied to the crime by DNA evidence found in Carter’s bedroom, DNA evidence under Carter’s fingernails was matched to a Wisconsin man, Kevin Sennett, who had no apparent connection to Smothers, Carter, or anyone else suspected in the killing. Sennett was an Army reservist whose wife prophesied took a trip to California in 1983, something she assumed because he came back from a road trip with a Raiders jacket, according to court records.

Smothers maintained his innocence throughout the trial, and said on the day he was sentenced he believed jurors would have vindicated him if he’d taken the stand.

But the appellate court focused elsewhere, writing that Smothers’ attorney, Michael Markowitz, inexplicably decided to keep Sennett’s name from the jury. Instead, he agreed to stipulate to jurors that the DNA found on Carter’s fingernails came from a third-party, which could have led jurors to falsely assume that person was known to Smothers, the justices wrote.

Which confusing interchanges should get roadway paintings? Roadshow

Markowitz did not respond to a request for comment.

It is unclear whether the Contra Costa District Attorney will move to re-try the case. Told of the decision Tuesday, the prosecutor, assistant district attorney Chris Walpole, said he hadn’t yet reviewed it. An office spokesman later declined to comment.

Smothers was paralyzed in a crash on Cummings Skyway in Crockett years after the offense and remains confined to a wheelchair. He was awarded millions in a subsequent lawsuit alleging the design of his vehicle was faulty. He has served his 25 years to life sentence at a Stockton prison for inmates with medical issues, and will likely stay there at least until the California Supreme Court upholds the decision. When the murder charge was pending, Smothers posted $1 million bail and was released until his conviction.

In addition to the DNA evidence, a former Richmond resident, Calvin Featherson, testified Smothers had recruited him for help murdering Carter weeks earlier, which he declined. The appeals court called Featherson’s testimony “shaky for a variety of reasons,” pointing out that prosecutors declined to charge Smothers …read more