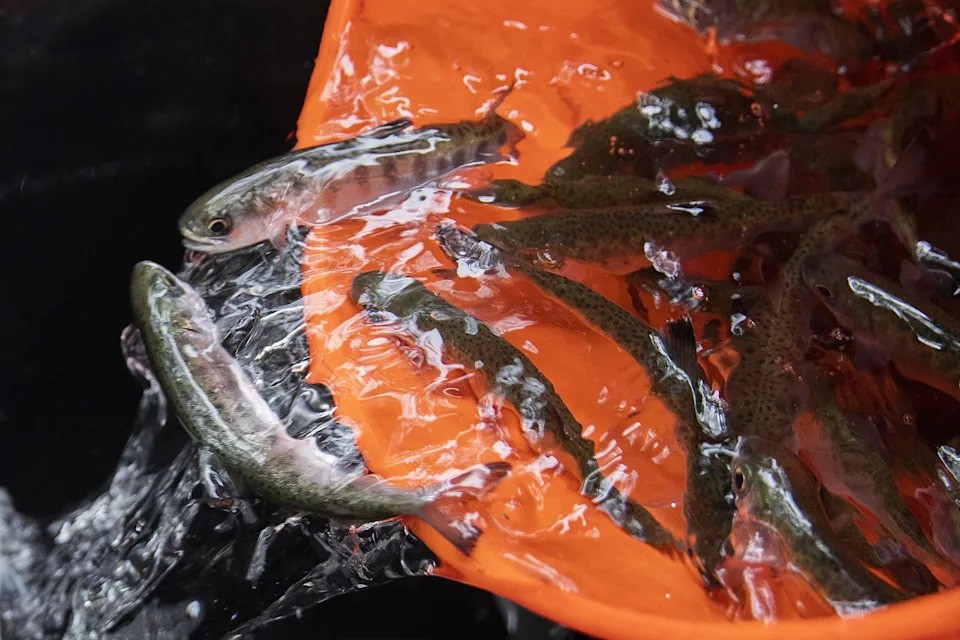 Endangered Coho salmon are returning to Marin County, California, creeks this winter where they’ve long been absent, thanks to intense rains that scientists say will become more frequent as the state swings between climate-driven drought and deluge.

It’s a rare bit of good news for a species whose population has plummeted in recent decades due to development and pollution.

In the San Francisco Bay Area, thousands of salmon historically made the annual migration from the Pacific Ocean to the redwood-shrouded creeks in Marin County where they were born. There they would spawn the next generation of fish before dying. In recent years that population has dwindled to just a few hundred salmon and the future looked dire as California’s record-breaking drought dried out streams.

But an atmospheric river that inundated the Bay Area in October followed by heavy rains in December filled creeks in the largely rural county, allowing salmon to navigate culverts and other obstacles to reach creeks that had previously been impassable. First-time sightings of Chinook salmon in creeks have also been reported.

“Salmon have been able to adjust and adapt to a changing climate for hundreds of thousands of years, modern climate change should be no different, although how we manage natural resources in a changing climate will make a difference,” Preston Brown, director of conservation for the nonprofit Salmon Protection And Watershed Network, said in an email.For instance, he said, it will be important to manage cities and forests to absorb more water during deluges and prevent excess depletion in dry times. “When we have ample rainfall, the fish respond well,” he said. “Even if rainfall is intense [it] can provide benefit to salmonids, especially if our natural resources and forests are better managed to handle heavy rains.”

Skelton: Thanks to Newsom, Sirhan will remain where he belongs — prison

Ayano Hayes, a biologist with SPAWN, recently found Coho in Montezuma Creek, where they had been last seen in 2004. Salmon were spotted in another creek for the first time since 2006.

“It is amazing to see these giant two-foot fish in the small creeks, some no wider than six feet wide,” Hayes said in a statement.

Residents have taken to social media to post first-ever sightings of salmon in creeks flowing through their backyards.

The salmon sightings follow years of work by SPAWN and other groups to restore creeks to improve conditions for salmon. SPAWN, for instance, completed the removal of a dam on a main salmon-spawning creek in 2021.

Organic farmers in the west Marin town of Bolinas agreed more than a decade ago to stop withdrawing water from Pine Gulch Creek in the summer as part of an effort to return salmon to the waterway.

Crows everywhere, and Sunnyvale’s going to do something about it

Betty White, a champion for all kinds of animals