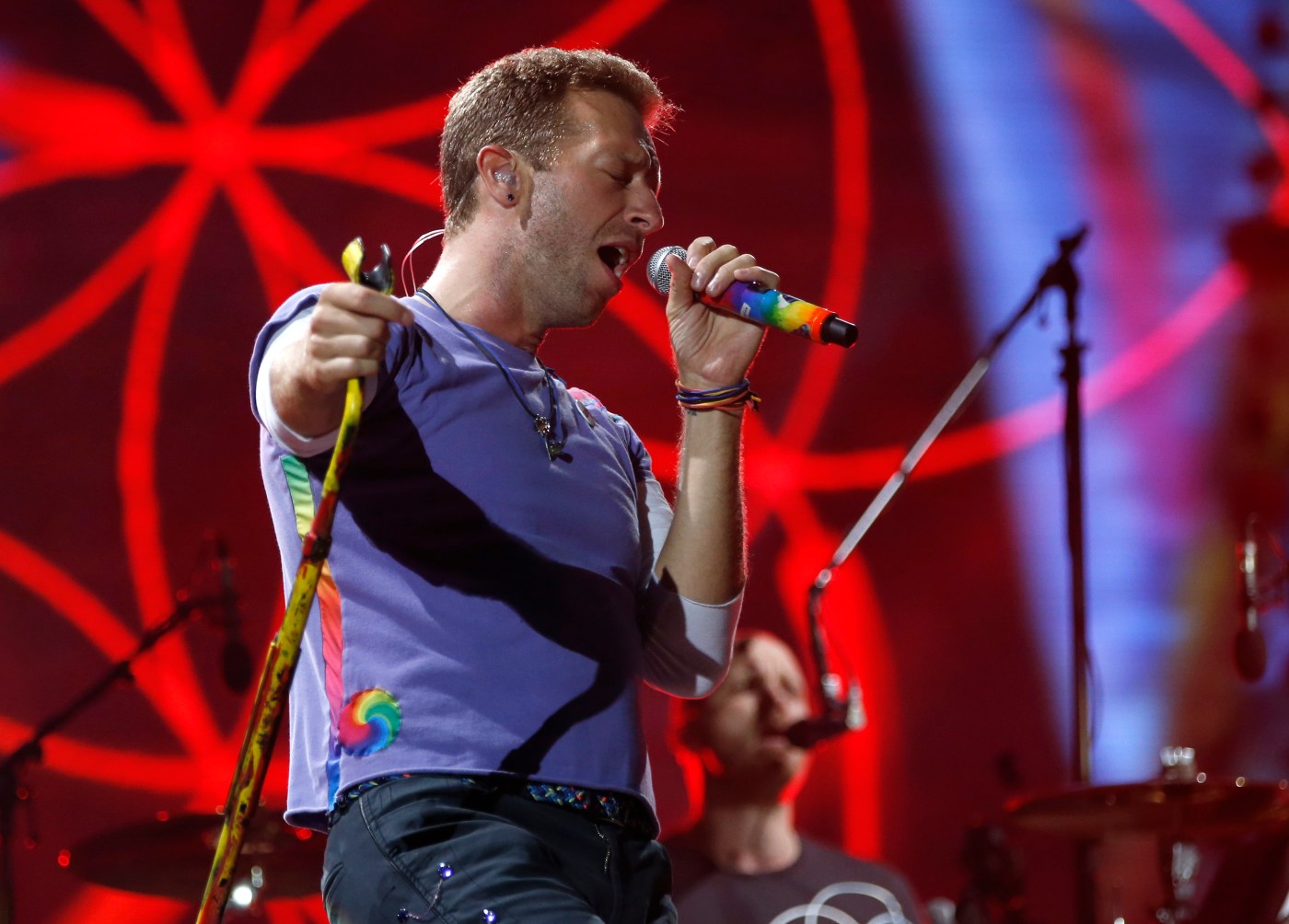 Coldplay has announced plans for a world tour.

The trek is in support of the band’s new album, “Music Of The Spheres,” which comes out on Oct. 15.

The Music Of The Spheres World Tour includes two dates in California: April 23 at Levi’s Stadium in Santa Clara and April 26 at SoFi Stadium in the Los Angeles area.

The band last performed at Levi’s in 2017 during its A Head Full of Dreams Tour. Of course, this is the group’s first-ever date at the newly opened SoFi.

Vallejo superstar H.E.R., who has won both a Grammy and an Oscar in 2021, will open both of those California dates as well as many others on this tour. London Grammar will also open select dates.

The tour kicks off March 18 in San Jose — Costa Rica, that is — and will then continue on to a number of other countries, including the Dominican Republic, Mexico, Germany, Poland, France, Belgium and the U.K. The current tour itinerary is listed below, although the band is expected to announce more dates.

The U.S. dates go sale to the general public at 10 a.m. (local time) Oct. 22 via ticketmaster.com. There is also a Verified Fan presale available for all U.S. dates. Registration available now at https://verifiedfan.ticketmaster.com/coldplay. The presale runs 10 a.m. Oct. 20 to 10 p.m. Oct. 21.

New music: 5 cool albums to check out in October

COVID: Should I choose Moderna, Pfizer or J&J for my vaccine booster?

The group is making efforts to have the tour be eco-friendly. Measures reportedly include that the show is powered by 100 percent renewable energy, a pledge to cut tour emissions by 50 percent and one tree planted for every ticket sold.

The band issued the following statement regarding the eco-friendly nature of the tour:

“Playing live and finding connection with people is ultimately why we exist as a band. We’ve been planning this tour for years, and we’re super excited to play songs from across our whole time together.

“At the same time, we’re very conscious that the planet is facing a climate crisis. So we’ve spent the last two years consulting with environmental experts to make this tour as sustainable as possible, and, just as importantly, to harness the tour’s potential to push things forward. We won’t get everything right, but we’re committed to doing everything we can and sharing what we learn. It’s a work in progress and we’re really grateful for …read more