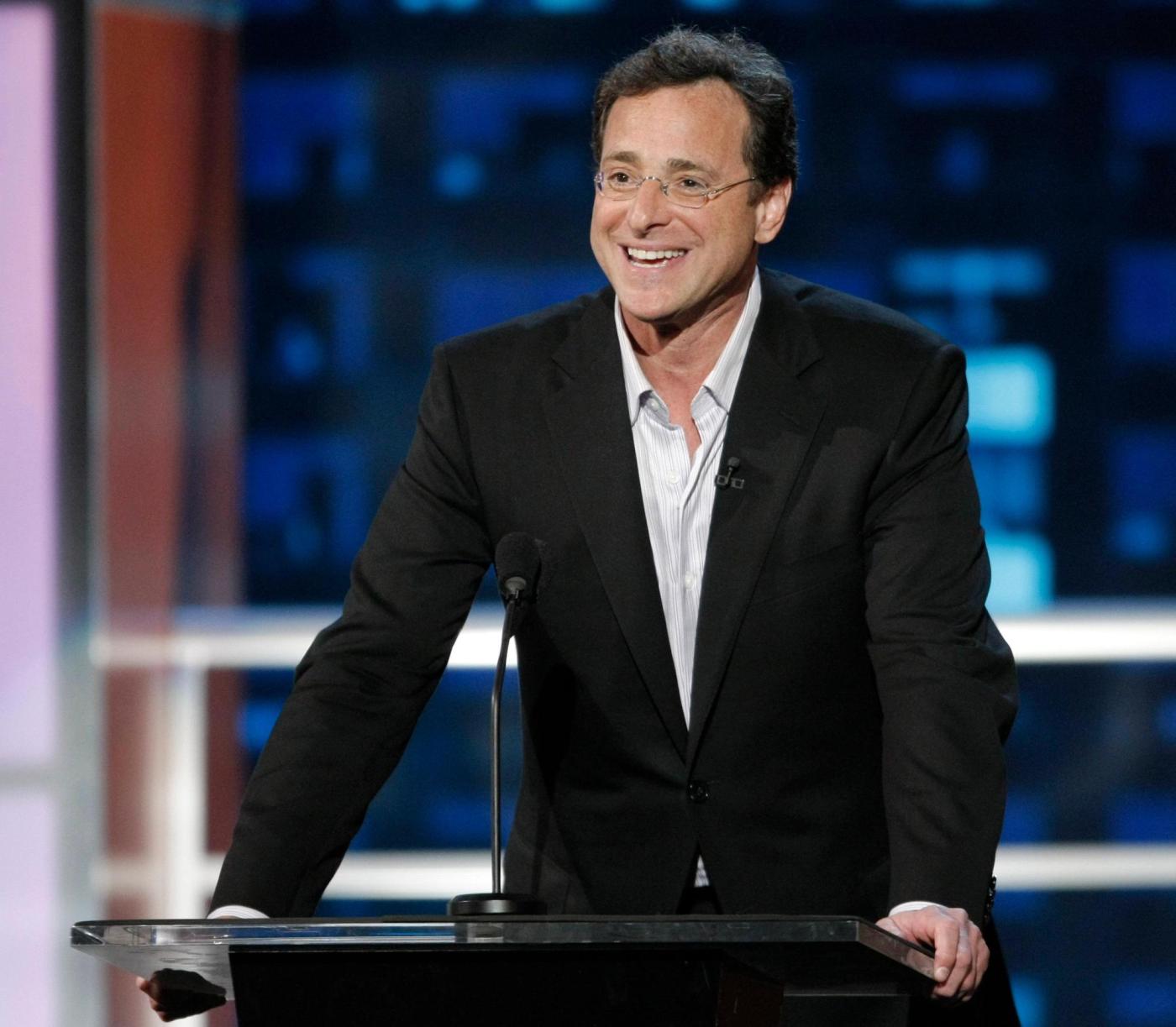 Bob Saget, the comedian and actor known for his role as a widower raising a trio of daughters in the sitcom “Full House,” was found dead Sunday in Florida. His death at 65 shocked peers and fans and tributes came flooding in on Twitter, praising the veteran comedian for his talent and kindness.

“Bob Saget was as lovely a human as he was funny. And to my mind, he was hilarious. We were close friends and I could not have loved him more.” — Norman Lear, via Twitter

“I am broken. I am gutted. I am in complete and utter shock. I will never ever have another friend like him. I love you so much Bobby.” — John Stamos, via Twitter

“I don’t know what to say. I have no words. Bob was one of the best humans beings I’ve ever known in my life. I loved him so much.” — Candace Cameron Bure, who played Saget’s daughter on “Full House,” via Twitter.

“Bob was the most loving, compassionate and generous man. We are deeply saddened that he is no longer with us but know that he will continue to be by our side to guide us as gracefully as he always has.” — Ashley and Mary-Kate Olsen, in a statement.

“I don’t even know what to say about Bob Saget. I loved him and was so lucky to work with someone so funny, soulful and kind. His role on himym was a voice in the future, looking back on all of life’s complexity with a smile, and that’s how I’ll always remember him.” — “How I Met You Mother” co-creator Craig Thomas, via Twitter

“I’m endlessly grateful that HIMYM brought Bob Saget into my life. I’ll hear his voice in my head for the rest of my days.” — “How I Met Your Mother” star Josh Radnor, via Twitter.

“Four decades of friendship. Had Thanksgiving with Bob once when we were coming up. He cooked the turkey but had no idea you were supposed to take the innards out. We completely lost it….Love you, my friend.” —George Wallace, via Twitter.

“Oh no. RIP Bob Saget. Truly one of the nicest guys and so funny. Very sad.” — Marc Maron, via Twitter

“He had a big, big heart and a wonderfully warped comic mind. He gave the world a lot of joy and lived his life for goodness’ sake.” — Jim Carrey, via Twitter.

“Still in shock. I just spoke with Bob a few days ago. We stayed on the phone as usual making each other laugh. RIP to friend, comedian & fellow Aristocrat Bob Saget.” — Gilbert Gottfried, via Twitter

“I know that people lose loved ones, good people, every day. No one gets a pass. But the loss of Bob Saget hits deep. If you didn’t know him, he was kind and dear and cared about people deeply. He was the definition of “a good egg”. Too soon he leaves.” — Jason Alexander, via Twitter.

“The only people who said terrible things about Bob Saget were his best friends. …read more